A few days back we drove the Kicks in Dubai which is based on the Nissan V platform. Now, the Japanese carmaker is all set to launch the Kicks in India but it is underpinned by the tried and tested B0 platform shared with the Renault Duster and Captur. This is a very important product for Nissan India as they are introducing an all-new mass market car after a long long time in India. We drove the new crossover in Bhuj, Gujarat to find out if it is a viable option in the compact SUV segment.

Motor Quest: The international version of the Nissan Kicks is based on the Nissan V platform. However, the Renault Nissan family hasn't introduced the V platform in India yet and hence the Kicks gets the B0 platform from its Renault siblings making it a bit different from the international spec car. 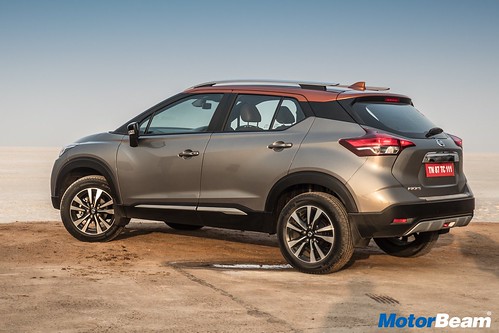 Exteriors - The Kicks doesn't get the typical SUV proportions and instead is a crossover with some fresh styling elements. The face is dominated by the chrome that surrounds the grille, the angular headlights, the sharp front fascia, the jacked up hood all make it look athletic. The side profile is just as progressive with the character line that flows the entire length of the car. The C-pillar resembles that of the Volvo XC40 and we must admit it looks quite cool. It also gets functional roof rails with 100 kgs capacity and the contrasting roof adds to the sporty appeal. The rear gets boomerang taillights along with a large slab of chrome and the scuff plate making it look like an upmarket Nissan. The only problem is that the Kicks feels more like a jacked-up hatchback or a crossover than an SUV. 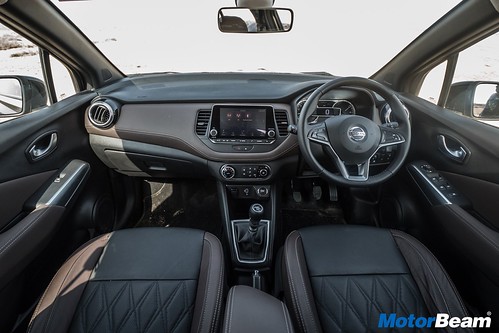 Interiors - The interior of the Kicks feels upmarket thanks to the clever use of premium touches such as soft touch dashboard with faux leather brown embellishments. The leather-wrapped steering looks chunky and feels good to hold. The instrument cluster is semi digital which reminds you of the Captur. The 8-inch touchscreen infotainment system offers a lot of features including the segment first 360-degree surround camera, which offers ease of parking. It comes with Apple CarPlay and Android Auto connectivity but the touch response isn't the best. The speakers churn out good audio quality for OEM standards. There are some other bits in the cabin which are taken out straight from the Captur such as the key card, steering column controls, switchgear, etc. 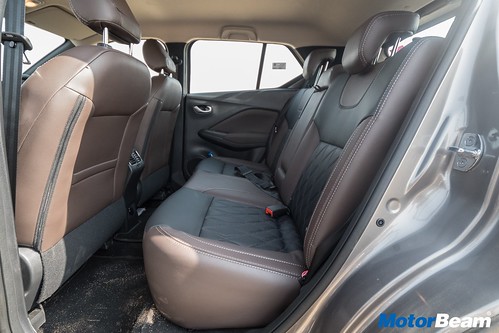 The rear passengers get decent legroom and headroom

The Kicks misses out on features offered in the Creta such as sunroof, auto dimming IRVM, wireless charging, electric adjust seats, etc. However, one thing common between the Creta and the Kicks is the windtone horn, that sounds premium. The storage spaces are decent but there are no cup holders at the front, the front arm rest has no storage and the glovebox though cooled, has limited space to keep stuff. It comes with sizeable door pockets though, the storage ahead of the gear lever is deep and the boot space is quite accommodating. The seats are well cushioned and supportive. The rear seats have good amount of legroom and headroom even for tall passengers. The Kicks also comes with a rear arm rest with cupholders. 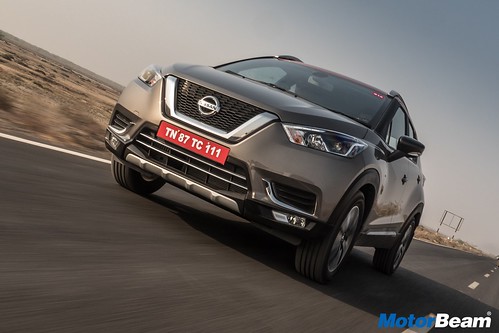 The 1.5-litre diesel is a great highway performer

Performance - Nissan is offering both 1.5-litre H4K petrol and 1.5-litre K9K diesel engine options with the Kicks. These are the same engines shared by the Renault siblings. The 1.5-litre diesel that we tested at the drive is one of our favourites. There is minimal turbo lag, the mid-range is punchy and the oil burner offers great drivability be it in the city or the highway. However, the engine gets quite vocal at higher RPMs and power starts tapering off in the top-end. The redline comes in at 5000 RPM. 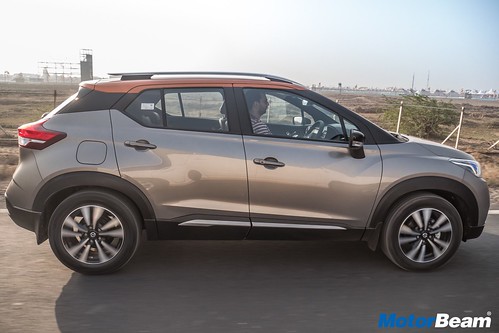 The Kicks gets a smooth shifting gearbox with light clutch

Mated to this engine is the same 6-speed manual gearbox which offers smooth shifts and is convenient in the city along with a light clutch. The first two gears have short ratios and often the car bogs down in the second gear if you hold the first gear longer. It is a great mile muncher though as the engine feels very relaxed in the sixth gear at high speeds. At 100 km/hr in top gear, the engine hovers around 2200 RPM, which makes it a great cruiser. You can also expect the Kicks to return good fuel efficiency of 16-17 km/l on the highways. It has also got ECO mode to further boost the efficiency. Nissan should have offered an automatic transmission, which is sorely missing. 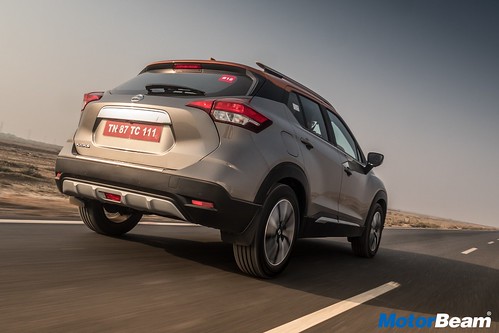 The ride quality and high speed stability is sublime

Driving Dynamics - Thanks to this potent chassis that we love, the ride and handling balance of the Kicks is sweet! This crossover just glides through rough patches and undulations like a magic carpet. The ride quality is phenomenal and it judders only when huge craters come your way. The huge 210 mm ground clearance adds to the practicality of driving on harsh Indian roads. The body roll is well under control and the Kicks maintains its line while cornering hard really well, offering sure footed handling. The steering is light at low speeds and weighs up beautifully as the speed increases. The feedback from the steering is precise and not as oversensitive as some of its siblings. There is no rear disc brake but thanks to ABS, EBD and Brake Assist, the Kicks offers good stopping power. 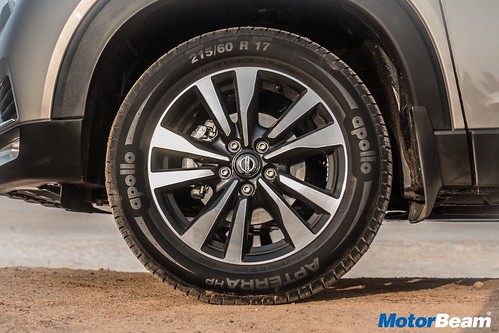 The Kicks gets ABS, EBD and Brake Assist as standard

Safety and After Sales Service - Nissan is offering dual front airbags, ABS and EBD as standard in the Kicks. The range topping variant also comes with four airbags and Hill Start Assist. The Kicks also comes with ISOFIX mounts. The Kicks has scored 4 stars in Global NCAP tests but since the India-specific model is based on the Duster platform, it remains to be seen how well it performs in a crash test. Nissan has an average after sales network in India but the cost of ownership of the Kicks is expected to be pocket friendly. 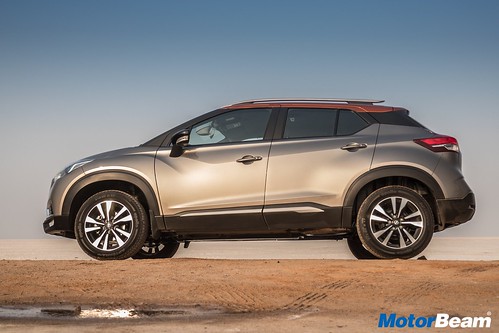 The Kicks should be ready to face the stiff competition

Verdict - After driving the India-spec Nissan Kicks we feel that it is a viable competitor in the segment if priced well. Yes, it misses out on certain features that the Hyundai Creta offers but on the other hand it offers some unique features of its own and a premium appeal on the inside. Now if you are an enthusiast and considering a car in this segment, you need to sample the Kicks because you'll love the way it moves compared to its Korean rival. However, you won't get the SUV stance that people in our country admire, it is more of a crossover with SUV inspired elements. It misses out the convenience of an automatic transmission as well. 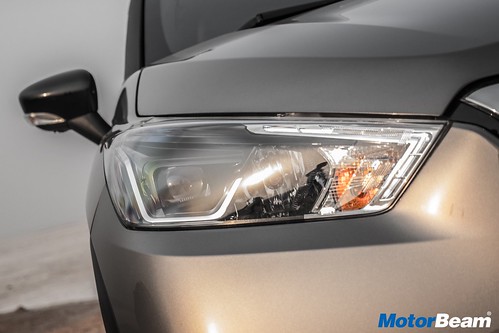 It gets auto LED projector headlamps 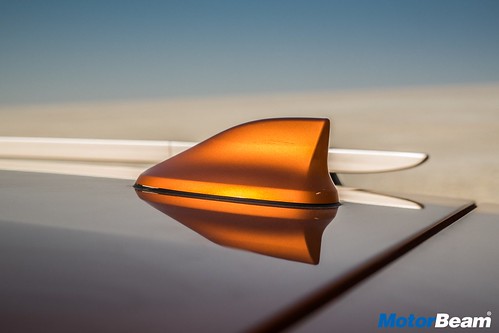 There are unique styling elements for the youthful appeal 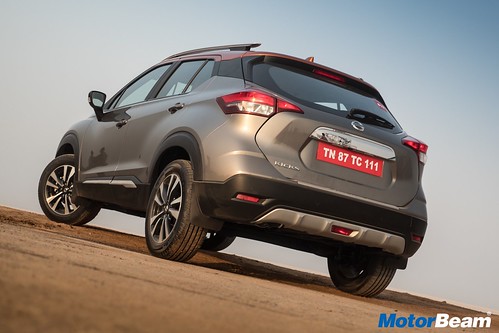 The Nissan Kicks looks quirky from some angles

"The Kicks is a very important car for Nissan as they haven't launched anything new in the affordable segment for nearly 5 years. Personally I am not a fan of styling as this car doesn't scream SUV but it is like a jack of all trades, it has well appointed premium feel interiors, punchy performance from the K9K oil burner and brilliant dynamics. If Nissan manages to price it competitively, the Kicks could be the comeback car for Nissan." - Javeid Khan, Deputy Editor, MotorBeam.

The India-spec Nissan Kicks is based on the tried and tested B0 platform which makes it wider and longer. The Kicks looks more of a crossover than a SUV. The interiors look and feel premium. There are some unique features on offer. The diesel engine offers good drivability. The ride and handling balance is spot on. Whether it’ll grab some market share in the Indian SUV market is yet to be seen.

Royal Enfield is on a product offensive for next 3-4 years. New Royal Enfield model to launch every quarter. Yes you heard that right. The   END_OF_DOCUMENT_TOKEN_TO_BE_REPLACED