- Yamaha FZ is the bike which started the sports commuter segment in India in the year 2008. When the bike was launched it was a completely new design in the market, one which was never seen before. The streetfighter look, wide rear tyres, muscular fuel tank were bound to make you look twice. In 2019, Yamaha has launched the third generation of the FZ. Although it is a new generation, changes are mostly limited to its styling.

Motor Quest: In 2008, Yamaha launched the FZ which created a whole new segment of streetfighter in India. In the coming years, Yamaha updated the FZ and got us the FZ-S as well. Yamaha also used to offer Daytona kits which are performance kits for the FZ and R15. 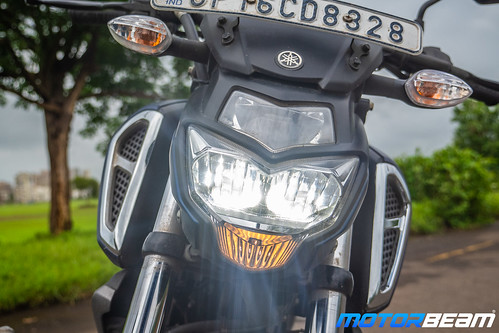 The bike gets an all new LED headlights setup

Styling - Yamaha FZ always had a muscular design language. With the new update, the bike gets beefier than before. The fuel tank has grown wider in appearance, with the addition of purely cosmetic faux air intake with chrome tipping on it. Although looks are subjective, this looks rather overdesigned. The bike is now equipped with a belly pan. Split seat setup is replaced with a single-piece unit. The exhaust gets a minor design change as well. Headlights on the bike are now all-LED setup, and the indicators are now shifted upwards, just below the handlebar. 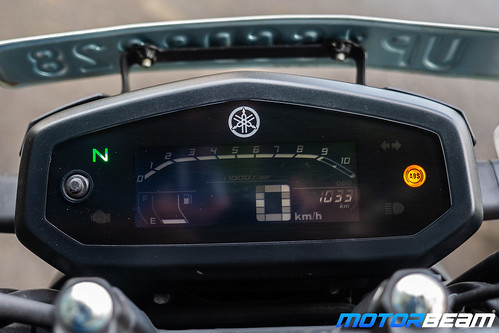 Instrument Cluster and Switchgear - The new Yamaha FZ gets a negative LCD display for an instrument cluster. The display offers good visibility in daylight and it does have a premium look. The cluster offers basic information which includes speedometer, tachometer, fuel meter, and an odometer. However, it misses out on a gear position indicator. The cluster on the FZ is a brand new unit, however, it shares the same with the elder FZ25 sibling. Switchgears are the same as before, but the killswitch now gets a sliding mechanism. 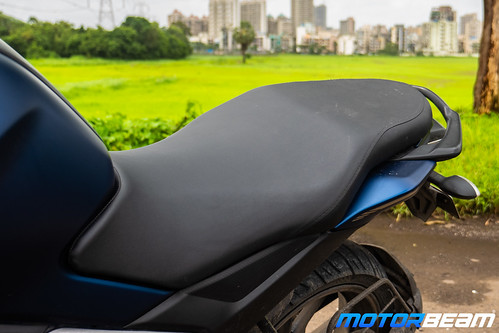 Ergonomics - The bike now gets a single seat unit unlike the split seat setup in the previous generation. The seat height of 790 mm is perfect for both short and tall riders. The riding position is more upright than before due to the raised handlebar. The single-seat is almost flat with a slightly raised cushion for the pillion. It is now more spacious and comfortable than before. Cushioning on the seat is appropriate and is neither too hard nor too soft. Mirrors offer a good view of what's behind. The LED headlight is new but it doesn't have a very wide throw and fails to illuminate the path sufficiently in poorly lit areas. 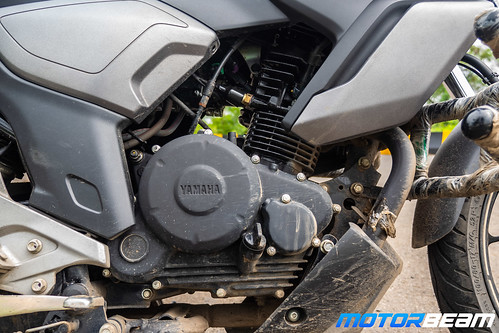 Performance - The Yamaha FZ-S V3 is powered by a 149cc, single-cylinder, air-cooled motor which produces 12.2 BHP of power at 7250 RPM and a peak torque of 13.6 Nm at 5500 RPM. You don't get a carb variant for the new FZ, it is just FI. Power delivery from the engine is linear while it has a reprogrammed ECU for better acceleration. The bike has a good low-end and mid-range but no top-end. The engine revs quickly till 6000 RPM, post that it feels a little sluggish while it redlines at 9000 RPM. 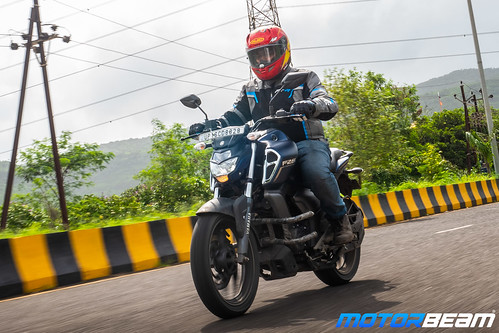 The FZ is peppy and lively in the low-end

Technically the motor is the same as before but the numbers have gone down quite a lot. The clutch feels light and the 5-speed gearbox is a gem to live with. Although it is the least powerful bike in the segment, it is still fun to ride due to its excellent engine refinement. The Yamaha FZ delivers fuel efficiency of 46 km/l. A slight buzz can be felt on the handlebar at higher RPM, but overall vibrations are minimum. 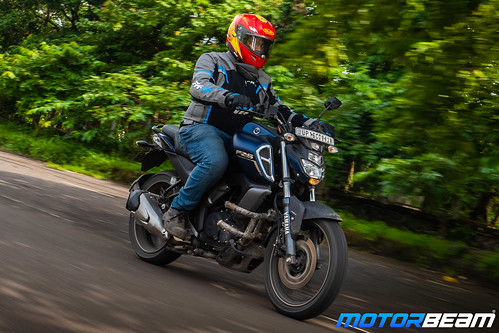 The bike is excellent in handling and flickability

Riding Dynamics - As the ergonomics are upright, the bike feels comfortable. The overall ride quality of the bike is smooth and comfortable. The bike offers the best handling in the segment and has good maneuverability. Suspension and chassis are similar to the previous model and have a balanced setup. The front telescopic forks perform well in absorbing bumps and uneven patches on the road. Braking duty is handled by discs at both front and rear, which now comes as standard on the bike and it also gets a single-channel ABS. The feedback from the tyres and the brakes is confidence-inspiring and the built quality is just about right. 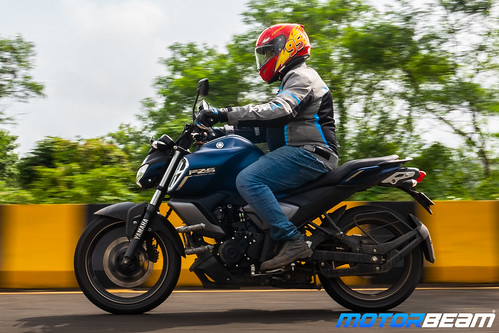 Verdict – With the new generation update, the bike is now more practical and better equipped than ever before. It came in as the sporty 150cc naked and is now become more of a commuter motorcycle. Although the bike is the least powerful in the segment, the superior handling characteristics of the bike compensates for it. If you are looking for an everyday commuter that has sporty looks and is practical too, the new Yamaha FZ-S can be your go-to motorcycle. 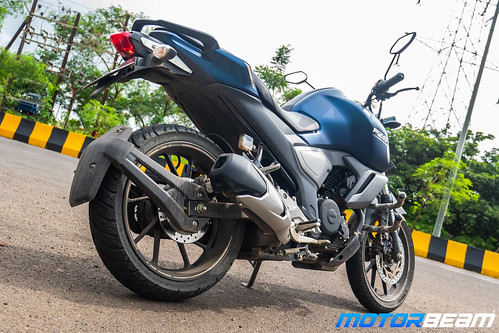 The fit and finish is quite likeable 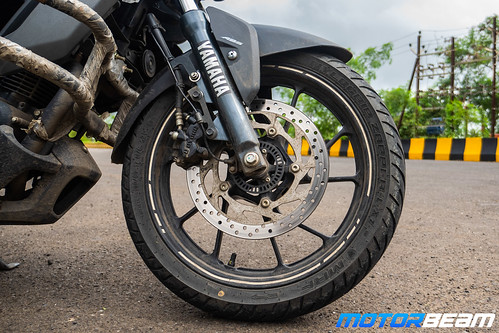 Cycle parts are almost the same, new addition is the single-channel ABS

"The Yamaha FZ continues with its tried and tested formula of ease of riding, frugality and great dynamic balance in its V3 avatar. However, as good as it is in terms of ride-ability and city performance, the lack of punch from the motor is too obvious in the top-end, not the most VFM bike but a proven commuter." - Faisal Khan, Editor, MotorBeam.

The 2019 model of the Yamaha FZ-S is the 3rd iteration in its lifetime. The Yamaha FZ kicked off the 150cc sporty segment and while the others followed; but it has now become more of a sporty-commuter rather. The FZ is now the least powerful in its segment while on the other hand, the refinement levels have been quite appealing. The Yamaha FZ-S V3 does look fresh and carries the cycle parts form the older generation while it has a decent built quality too.

News highlights of the day include MG Motor, Toyota and Ather. MG Hector - The MG Hector got instant popularity as soon as it was launched last   END_OF_DOCUMENT_TOKEN_TO_BE_REPLACED

New Honda City based hatchback leaked in patent images. The new fifth generation Honda City is about to launch in the Indian market next month.   END_OF_DOCUMENT_TOKEN_TO_BE_REPLACED