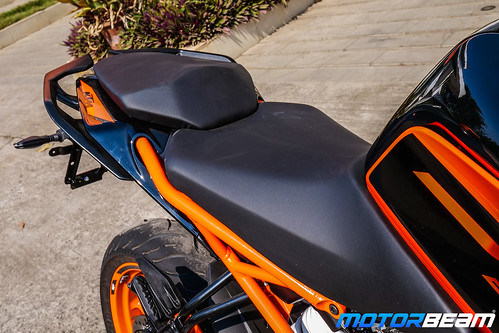 Ergonomics – As the motorcycle is more of a Duke 250 now, the ergonomics are similar to it too. The seating posture is upright while the seat height is at 823 mm which is similar to the Duke 250 and slightly higher than before. But the newer design gives a lot more space to move around and the handlebar is further from the rider adding some leverage too. The seats are similar to the Duke 250 which have decent cushioning and they are larger than the old Duke 200 for the pillion as well. The pillion sits more comfortably while the bigger grabrails come in quite handy too. The ergonomics of the older Duke were quite demanding while this seems a lot more comfortable. 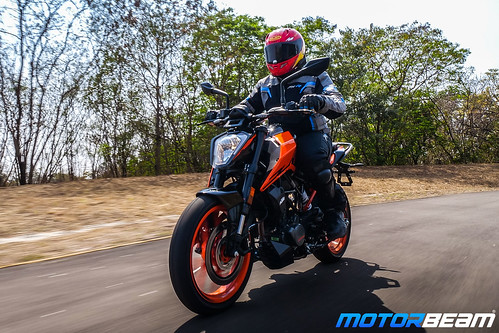 Performance – Even with the addition of BS6, KTM has managed to churn out the exact same power figures from the 199.5cc motor. It still produces 25 PS of power and 19.3 Nm of torque which is 0.1 Nm more than the previous model. The motor has a similar punch throughout the rev band while it feels a lot smoother too. There is a decent low-end and a good mid-range but once post 5000 RPM, the motor hits the redline very quickly. However, the power delivery isn’t as frantic as before but it still feels like a Duke to ride as it is eager to hit the limit. The motorcycle tops out at 130 km/hr while the vibrations don’t bother as much. But they do creep in at the redline and can be felt on the handlebar as well as the footpegs. 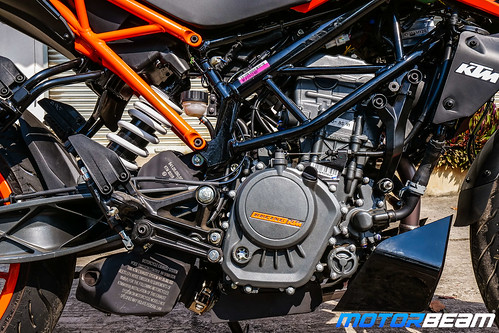 Even with the signature underbelly exhaust, the Duke 200 sounds the same but isn’t as loud as before

It takes 10.15 seconds to reach the ton which is 0.5 secs slower than before while the overall feedback is a lot more subtle. Mated to a 6-speed gearbox, the clutch is light and the gearshifts are crisp. But, the gear ratios haven’t been altered making the gearing very short for a 200. The updated Duke 200 will return similar fuel efficiency as before of 28-32 km/l but the larger fuel tank allows for a better rideable range. Engine heating was never an issue for the Duke 200 but that has been addressed too. The Duke 200 gets a bigger radiator fan like the elder siblings for better cooling.

News highlights of the day include Hyundai, Mercedes, Toyota and Volkswagen. Hyundai Kona - Prices of the Hyundai Kona have been increased by   END_OF_DOCUMENT_TOKEN_TO_BE_REPLACED

A person in Rajasthan has modified his Premier 118NE to look like a Rolls-Royce Phantom Drophead. Catch All The Latest Videos, Subscribe To   END_OF_DOCUMENT_TOKEN_TO_BE_REPLACED

The upcoming Benelli 600RR has been spied in production-ready form. Benelli had discontinued the Tornado 1130 in 2014 and quit the sports bike   END_OF_DOCUMENT_TOKEN_TO_BE_REPLACED