The second race at MMRT was a blast, coming in the top 5 with no racing background at all had been quite a boost for me. We would have had a chance of racing 4 times in 2019 but it was cut off to 3. So BIC was not happening and MMRT was the place again for the last race. It is better late than never to log all the details right? So here’s how I got at least one trophy back home from the TVS Young Media Racer Program. 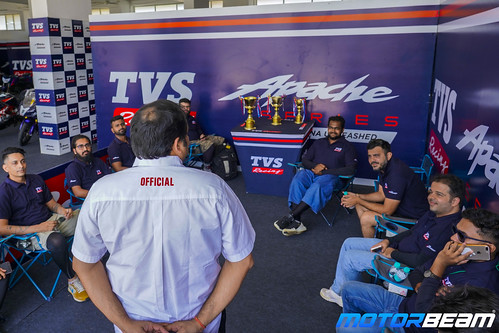 I made sure I sat next to the trophies, I had to take one home

The last two races I had been in the top 5 and scored a decent number of points. The gap between the second and the third race was quite a bit and everyone had the time to get fit. As we all know, everyone just rather focused on the work with barely any fitness regime and reached Chennai just as healthy as they were, pun intended! This time my aim was to at least get a podium and I was very determined in getting the lines as good as possible. Wasn’t sure on having the best power-to-weight ratio though. 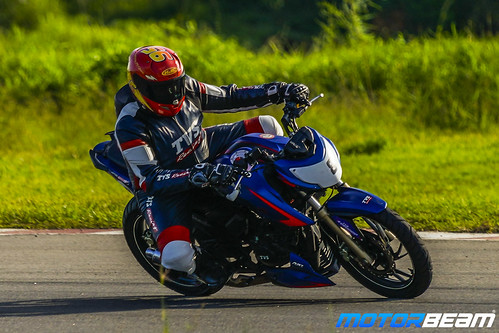 Getting the rhythm back in the practice session

The last time during the practice, my timing was 2:24.72 and since it had been quite some time, I thought my timings would be similar. But surprisingly I performed better and improved my practice session by 3 seconds for the fastest lap. It dropped down to 2:21.965 and I was pumped to keep the pace up for qualifying. This was almost qualifying pace coming in the practice session and I got unnecessarily excited. As the qualifying came later in the day, the excitement and tiredness got to me and I was 1 second slower at 2:22.190. 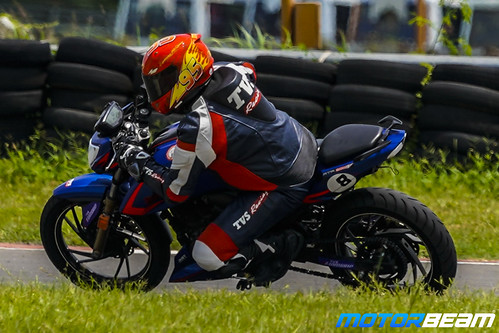 Performing badly in the qualifying round while still having the capabilities to do better hits you hard! Since I was slower while everyone improved their timings in the second session I was worried that I might miss the podium this time too. After coming back, we got in the pool while discussing the mistakes we all did on the track; I understood that I could improve my braking in the last 4 corners. We all had a good dinner post the cooldown session and as I went back to the room I just kept thinking about the lines and braking points.