I have a thing for Volkswagens, well every enthusiast can say that proudly as VW cars are solidly made and give you the European car feel on a budget. Suffice to say that VW cars are the most affordable European option in our market (keeping the Kwid aside as it's not sold in Europe and doesn't have the feel of a European car). Here at MotorBeam, we have spent a considerable amount of time with the Polo and the Vento but is the made for India Ameo still having the solid feel or have they cut corners to make it their most affordable car in the country (certain variants of the Ameo cost less than the Polo)! 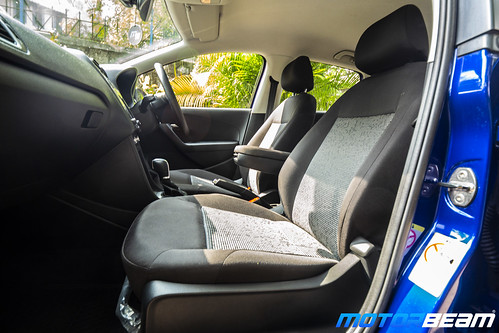 The Ameo offers the best build quality in its segment

The Ameo had a lot riding on it for Volkswagen's India journey and it did live up in the initial months but the compact sedan segment is a tough cookie to crack where Maruti's sheer dominance has resulted in people not even considering any other option. However, if build quality and safety is your concern, nothing comes close to the Ameo in the segment. Blindfold someone and make them sit in every compact sedan and then the Ameo and the stark difference in the build is immediately noticeable, this car feels like a freaking tank. 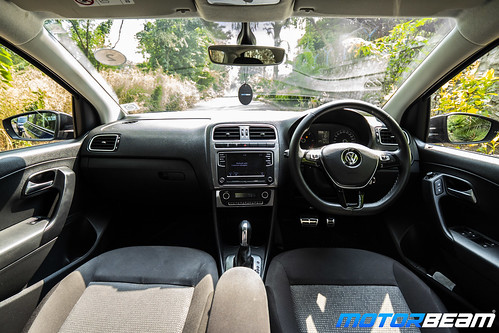 Apart from keyless go, the Ameo has a good set of features

However, it's just not the tank-like build and the heavy doors which close with a thunk that impress you, even the level of equipment is great, right from cornering lights to automatic wipers, the Ameo is loaded to the gills but sadly misses out on two crucial features which all of us are so used to - passive entry and push-button start! Rest there is little to complain about the car getting a nice touch-screen and a legible reverse camera too, the classic dials still look good. 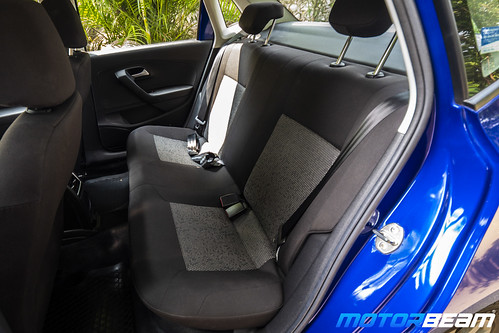 Despite being longer than the Polo, the Ameo is not that spacious

The seats are comfy, I appreciate the fact VW hasn't cut corners on stupid things which more popular brands have been doing like an auto-dimming inside rearview mirror and great fit-finish levels. However, compared to the Polo, the advantage in terms of boot space is negligible and the difference in rear-seat space to the car it's based on, is kinda nil, that's where the game is won or lost, the Ameo isn't much more practical than the Polo. The fact that the boot seems like an afterthought doesn't help matters either. 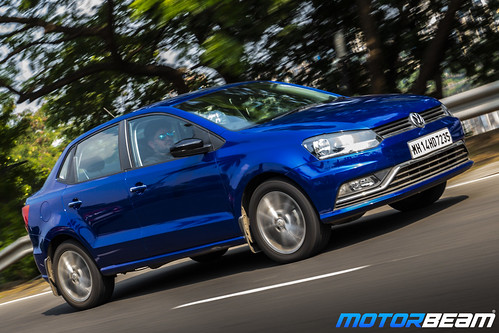 Performance, dynamics and build quality really show the difference between European and other cars

What does help though is the fantastic powertrain, ours is the diesel-automatic and no car, and I repeat, no car in the segment comes even close to offering the smooth and quick shifts of the DSG box. Talking about the lacklustre AMTs in the same breath is an insult to the engineering excellence achieved by VW in developing this fantastic dual-clutch box. It's plain and simple stupendous in the way it shifts, both up and down, in fact in Sport mode, it's super aggressive with downshifts which can feel a bit jerky. 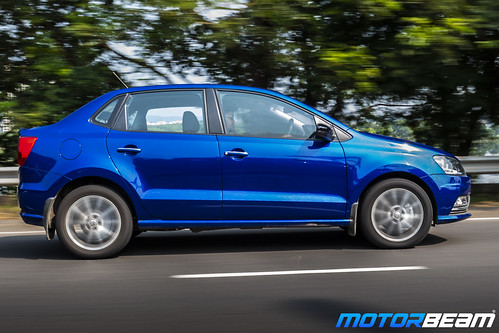 The diesel engine is frugal and offers linear performance

Now to counter that jerk to a certain extent, there is some lag in the box lower down, in fact it barely wants to rev which hinders outright acceleration while there is a sudden shove at 2000 RPM and post that the pull towards the 5000 RPM redline is immediate, this diesel mill loves to rev but gets vocal at certain parts of the rev range, more so in the top-end but it has the grunt there too. The 110 PS and 245 Nm is delivered in such a way that the Ameo feels fast on the highway and drivable in the city, while returning good fuel economy of 14-17 km/l. 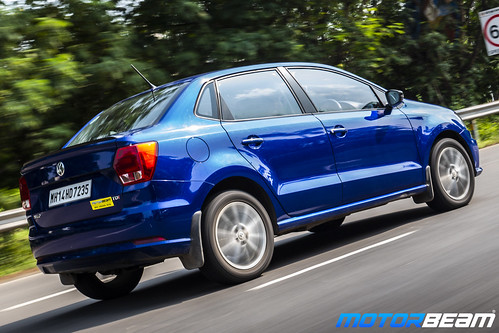 If the powertrain is so fab, it's the ride quality which is even better. It absorbs almost everything in its stride like a boss, a bit stiff at the front to counter the additional weight of the diesel mill but so compliant that it puts all other compact sedans to shame with its surefooted composure, body roll too is well contained and the car is so stable at high speeds that it doesn't exhibit any compact sedan demeanour, impressive! But the steering feels obnoxiously heavy at lower speeds and isn't the sharpest as you increase the pace, the feedback is the only fly in the ointment here. The brakes though are sharp and with the gear lever slotted to manual mode, you can get some engine braking too! 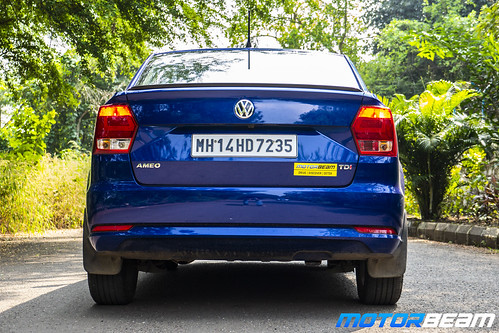 The Ameo is well worth the premium it commands

The Volkswagen Ameo is clearly the most over-engineered car in the segment and that also reflects in its price. However, the lack of additional space benefits over the Polo has been one of the issues of this car. That said, the biggest benefit of the Ameo over the Polo happens to be the auto box, it's just leagues ahead of the competition. If someone wants a solid compact sedan which is also fast, look no further than the Ameo TDI, the manual I believe is even more fun! 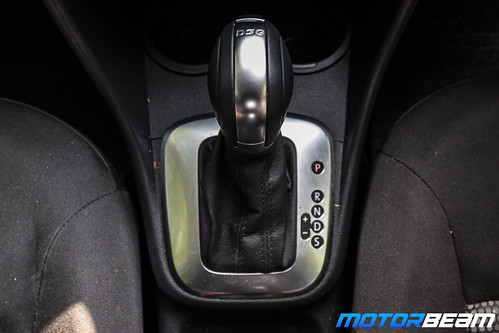 This DSG box shows how an automatic transmission should be done 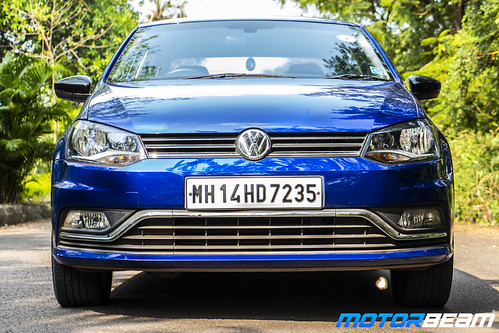 Volkswagen cars have a different charm in them

News highlights of the day include MG Motor, Toyota and Ather. MG Hector - The MG Hector got instant popularity as soon as it was launched last   END_OF_DOCUMENT_TOKEN_TO_BE_REPLACED

New Honda City based hatchback leaked in patent images. The new fifth generation Honda City is about to launch in the Indian market next month.   END_OF_DOCUMENT_TOKEN_TO_BE_REPLACED