The Hero Xtreme is one motorcycle which is running on Indian roads since ages now, and year after year there is some or the other updates coming to the bike. By the end of last year, we tested the updated Hero Xtreme, and this year we have a slightly more powerful version of the motorcycle, called the Xtreme Sports. The name ‘Sports’ isn’t the only change in the bike but there are quite a few updates in the styling and the engine too. Is this motorcycle sporty enough to carry the ‘Sports’ moniker or is Hero buying time till they develop an all new 150cc model?

Motor Quest: First launched in 1999, the bike started its life as the Hero Honda CBZ and got multiple updates in the past 15 years. In 2014, it dropped the CBZ tag and continued selling with the Hero Xtreme name. The Xtreme Sports sells alongside the regular Xtreme model and is priced around the same. 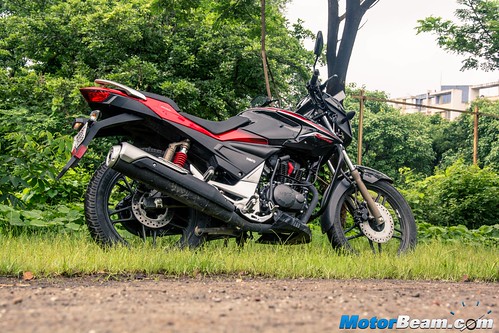 Styling – The Xtreme Sports has little in common with the regular Xtreme as this model’s design is based on the old CBZ from 2011. Compared to the regular Xtreme, a tank shroud is an addition to the styling with the engine belly cowl to make the bike look sportier. The headlamp gets a total change with a new design and different LED pilot lamps. The mirrors stay the same as they are on the Xtreme as they get body coloured covers. Rest of the elements stay the same while there is a split seat in the Xtreme Sports and the exhaust also gets a dual piece cover. Again from the 2011 CBZ Xtreme, the 10-spoke alloys continue while the change is the rear tyre which is broader, making it look a bit more beefy and adds to the rear look of the bike. The rear holds a totally new LED tail-lamp. This time the tail-lamp does not contain the indicators integrated within it, which makes it look like a normal bike now. 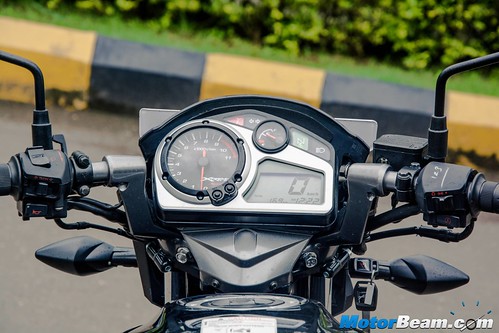 Instrument Cluster and Switchgear – While we had seen a totally refreshed instrument cluster on the regular Xtreme, the Xtreme Sports gets its instrument cluster from the older 2011 CBZ Xtreme. What’s new here is the key hole, we always expect the key hole to be below the instrument cluster, well here it is missing! It goes all the way around, next to the right side indicator. One of the most difficult task to do is find the key and the key hole. The bike doesn’t have an engine kill switch and you need to use the key to turn the bike off and on or just stall the bike right there in a particular gear which is again not good for the engine. The instrument cluster get blue backlight LCD with a sliver premium cover on the outside and an analog tachometer with redline marked at 9000 RPM. 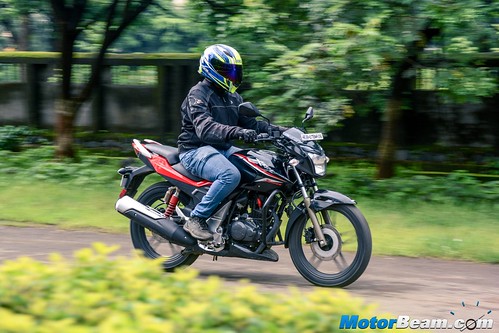 An upright riding posture provides comfort at all times

Ergonomics – The Hero Xtreme Sports is made with a perspective of a city bike with good power underneath and hence the motorcycle provides comfortable ergos. An upright seating position with high raised clip-on handlebars and properly placed footpegs are great for the bike. The seat is a tad bit wide and hence provides some thigh support while this thing sometimes becomes an issue for short riders as the seat height is more than its competitors. The regular Xtreme gets a normal seat while the Xtreme Sports gets a split seat, an addition to be sportier. The rear seat is comfortable and the pillion gets good space to fit in properly. 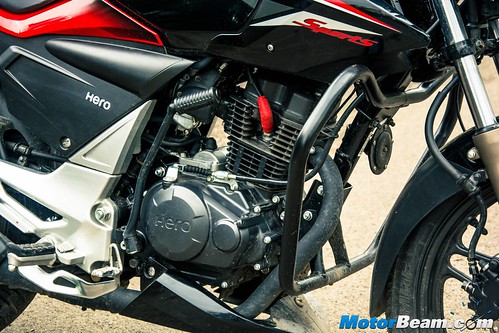 Performance – The 150cc Honda engine is the same from the regular Xtreme while here it gets a power bump with a different state of tune. The Hero Xtreme Sports does produce 15.6 BHP at 8500 RPM with a torque figure of 13.5 Nm at 7000 RPM, making it very much powerful on paper. Well there’s a twist in the story, the bike weighs 146 kgs which is heavy and hence the performance goes down. Even with the weight, the bike manages to do good numbers on the meter as it clocks 100 km/hr in fourth gear while in fifth, it pulls to a top speed of 120 km/hr. The NVH levels on the bike is very good as there is very little vibration. Even while we redline, the bike feeds very few vibrations. While we talk about the Honda engine, it’s so good that both Hero MotoCorp and Honda have been using this engine for more than a decade. Feeding in a different state of tune and getting the best results out of it. This engine is a combination of both power and efficiency, the Xtreme Sports being frugal by returning upwards of 45 km/l. 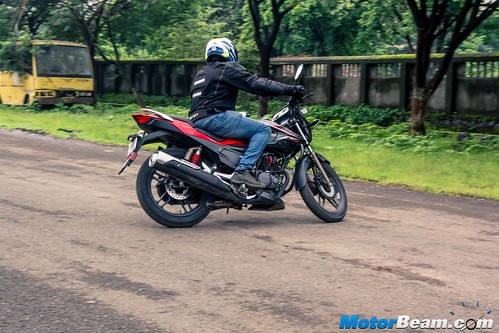 Riding the bike hard, the Hero Xtreme Sports is rigid and stable

Riding Dynamics – Riding the Hero Xtreme Sports isn’t boring! The engine is so smooth that it feels normal even while riding the bike hard. The ride quality is superb as the bike takes bumps very well, thanks to the gas reserve suspension and a fatter rear tyre. Both the tyres are 18-inch in size and hence they can tackle potholes much better. But these 18-inch tyres create an issue when riding at high speeds as these bigger size tyres aren’t much stable. There is MRF rubber on the bike which means there is no compromise on the grip and cornering on the Xtreme Sports is fun too. From 2011, the bike has had a disc brake at the rear and now this year it gets fatter rubber, but do the brakes work well or they just add to the jazz. The brakes do add up to the jazz and perform well! Till now, the Honda Unicorn 160 has the best set of brakes while the Hero Xtreme Sports comes second just by a minor difference. The difference is just that it does not have the CBS system which makes it lose on providing immediate feedback. 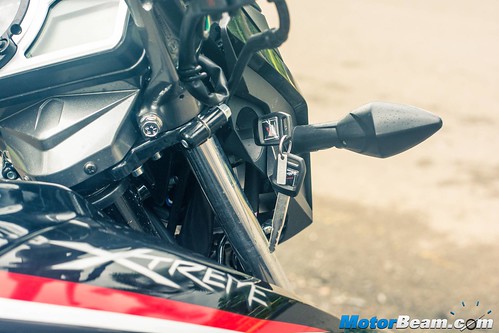 Verdict – The Hero Xtreme Sports is a package for a city motorcycle which has decent power, good looks and great ergos. The only thing it loses out on is the current generation hardware which is available in most of the competing motorcycles. Both the Xtreme and Xtreme Sports are the same motorcycles under the same roof, just that the latter gets much better looks and a bit more power. The main question comes again, is it worth buying this motorcycle while having other good options in the market? For those in metro cities, there are definitely better options but in rural markers where the Japanese bikes aren’t available, the Xtreme Sports makes for a good alternative for those seeking comfort and ease of service.

The Xtreme Sports is powerful but having dated hardware robs away the ride experience which its modern Japanese rivals offer. But for those who live in smaller cities where Hero is the only bike maker present, the Xtreme Sports turns out to be the only option. 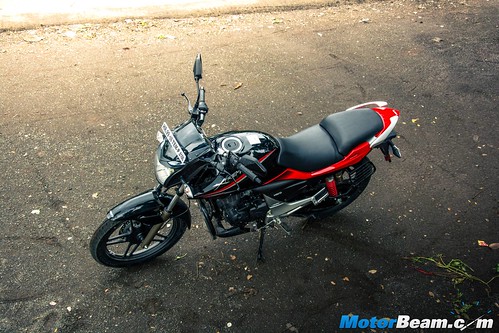 * Weight of the bike is a bit on the heavier side
* Key placement, it is difficult to find the key hole
* Hardware on the motorcycle is a bit dated 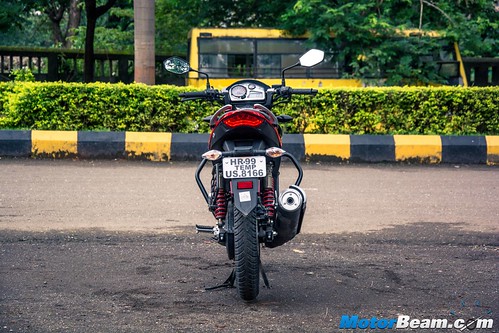 Hero Xtreme 160R Revealed Along With Other BS6 Bikes