Premium hatchbacks aren’t a new concept to India as Fiat did try to woo buyers with the launch of the 500 in 2008, the iconic retro car didn’t take off and had to be discontinued by the Italian firm. Fast forward to 2012, it was Mercedes-Benz which seemed to be trying their luck with the launch of the B-Class, another premium hatchback which was expected to get a lukewarm response in the Indian market. But it didn’t, the B-Class took off in spite of it being offered with a petrol engine only and Mercedes brought in the diesel in 2013 while in 2014, the Edition 1 variant was launched. Now in 2015, the facelift of the B-Class has gone on sale and here is why the changes make the car much better than before. 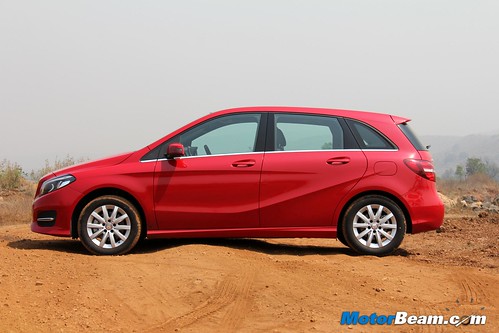 The vehicle has grown in size marginally, it has a shaper face now

Exteriors – Look at the car in isolation and you might not notice many changes but there are a few. For starters, the headlights are now full LED units with the daytime running lights being inside them, rather than being placed separately on the bumper like on the pre-facelift model. The front grille has been tweaked and features twin-slats (earlier it was three) and the bumpers get revisions for a sportier appeal (the rear gets a chrome insert that makes it appear like twin exhausts but the tail pipe is placed under the bumper). There are no changes to the side, except new alloy wheels and the length of the car has increased by 34 mm. 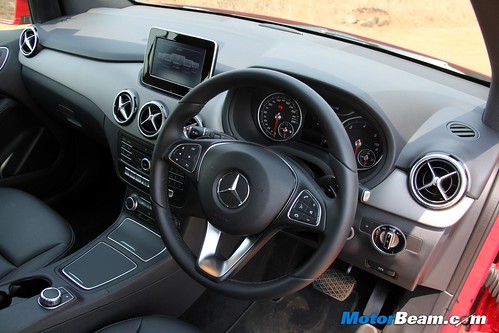 The cabin gets small yet significant changes, makes the cabin a fresh place to be in

Interiors – The cabin of the B-Class looks more upmarket now, thanks largely to the designers picking up some stuff from the new C-Class’ parts bin. Things like the new steering wheel and sporty instrument cluster come from the entry-level rear-wheel drive Merc while the infotainment screen is a new 7-inch unit with a higher resolution display, it also gets navigation and runs on the latest OS. The finish of the cabin is top notch, exuding a feel of luxury and the vehicle also gets front parking sensors and a reverse parking camera. Other equipment includes 7 airbags, panoramic sunroof and the usual safety systems we have come to expect from Mercedes-Benz. There are no changes to the interior dimensions and as has been the case with the B, there is ample amount of room inside the cabin to seat four people in comfort. The boot space is massive but hindered by the position of the spare wheel. 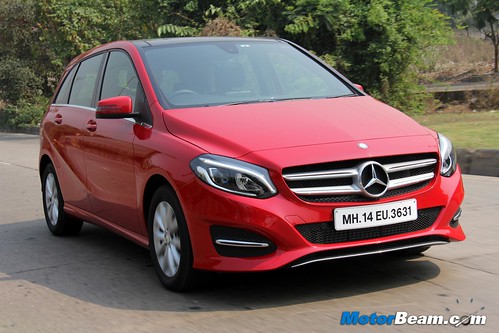 Performance – The big change and of course the highlight of this facelift for us is the change in tune of the 2.1-litre diesel engine. From 109 HP and 250 Nm on the B180 CDI to 136 HP and 300 Nm on the B200 CDI, the facelifted B-Class receives some much needed punch. The increase in output has an immediate effect on the performance of the car, not only is the new B-Class diesel faster in outright acceleration (0-100 km/hr takes 9.06 seconds as per our VBOX tests), it also feels more eager right from get-go. 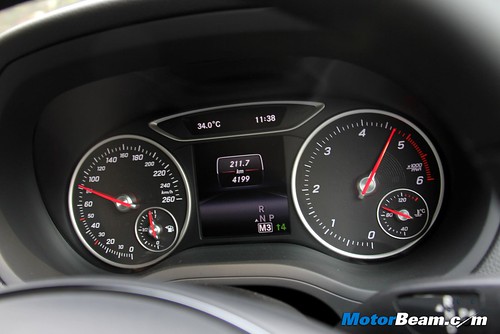 With 136 HP of power, the new B-Class has 37 more horses for the diesel version

Low-end punch is good but the mid-range is where this motor is at its best, power fading as you push the oil burner into the top-end. Redline comes in at under 5000 RPM and there are three driving modes in conventional Merc fashion – C, E and S. The engine’s tuning is actually identical to the A200 CDI (which was launched alongside the B-Class facelift) but the higher weight on the B-Class makes it marginally slower. There are steering mounted paddles should you want to take control of things although the 7-speed gearbox isn’t the quickest when you want urgent shifts, it does work with smoothness and calm though. 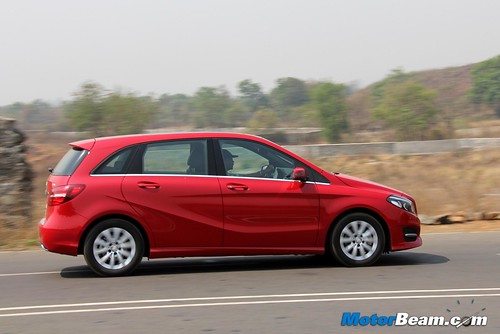 Among other things, Mercedes claims that the B-Class now has lower NVH which is something that is too minor to gauge in normal day to day driving. The vehicle should return a mileage of 12-14 km/l. Mercedes hasn’t made any changes to the petrol engine of the B-Class which continues in its B180 guise. The 1.6-litre powerplant produces 122 HP of power and 200 Nm of torque and is matched to a 7-speed automatic gearbox, just like the diesel model. The top speed of the B petrol is rated at 200 km/hr while the diesel model is 10 km/hr faster. 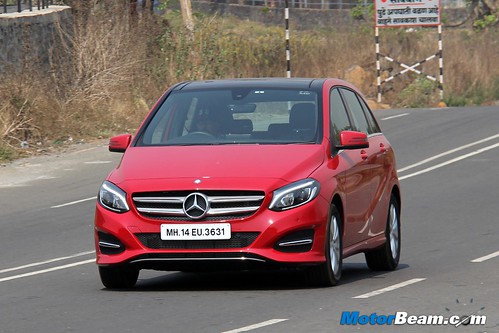 Driving Dynamics – The Mercedes B-Class continues with the same 205/55/16 tyres as before which works well for the ride quality of the vehicle. Further, the German automaker had tweaked the suspension of the car for improved ride quality on the Edition 1 model, the same has been carried over, resulting in very good ride quality. It is still stiffly sprung but that’s only evident when you go too fast over bumps. Handling is good with body movement being well under control. The steering too weighs up decently at speed but this car carries some height and isn’t a corner craver like its younger sibling, the A-Class. 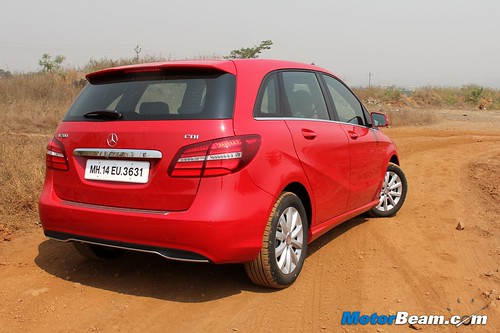 With the changes to the car, Mercedes has made the B-Class an attractive proposition

Verdict – Even with the changes to the visuals of the B-Class, it isn’t a Mercedes which will turn aheads but it’s not supposed to. This car is all about practicality and that’s where it excels. Priced cheaper than the CLA and GLA, the B-Class has ample interior room, plenty of equipment and with the updated diesel engine, the same output as its front-wheel driven siblings. If practicality rocks your boat, there is no better option than the B-Class in the entry-level luxury segment.

The minor exterior and interior changes to the Mercedes B-Class, along with the increase in power and torque for the diesel, make the vehicle a much better package than before. 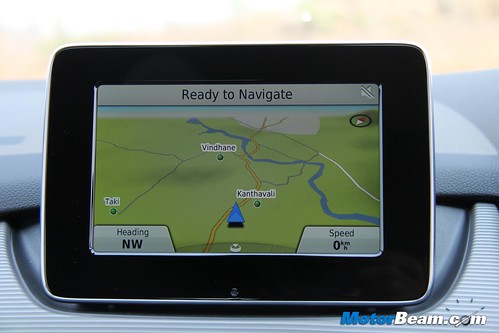 * Optional AMG Line package not offered on the Indian model