Former Formula 1 champion, Lewis Hamilton stormed the streets of Mumbai with his McLaren-Mercedes F1 race car. The British driver flew down as part of Vodafone’s speed fest and drove around the streets of Bandra-Kurla Complex. The turn around was good with the company claiming 60,000 people attended the event to watch Lewis burn the roads of Mumbai. Unfortunately though, Hamilton did not get a chance to show the true potential of his Formula 1 car on the 1.5 kms stretch. 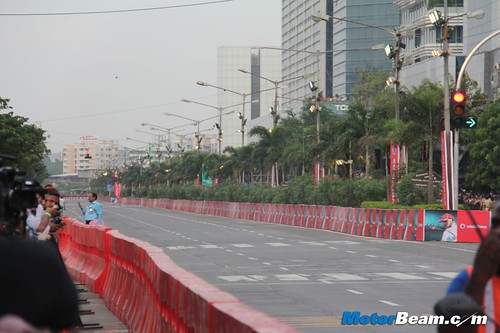 We arrived at the venue at 5:30 PM. The roads were blocked and everything was set in place for Lewis to drive his fans crazy with the V8 power of his car. 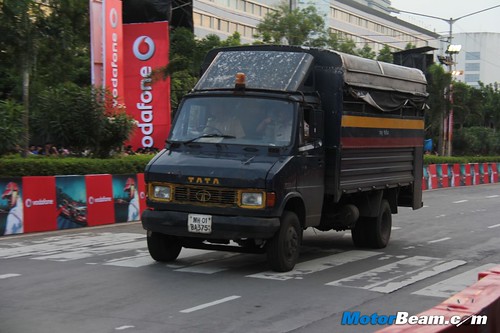 But before the McLaren race car arrived on the road, it was the regular Police vehicle which went around the track to do the necessary checking. 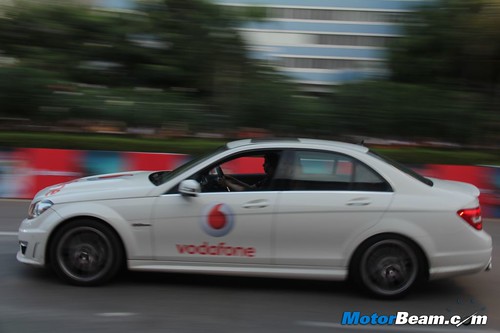 Three lucky winners got a chance to ride alongside Lewis Hamilton in the Mercedes C63 AMG. 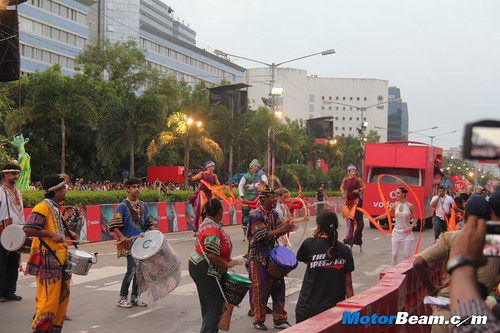 Some live performances to cheer up the crowd as they waited patiently for the drive to start. 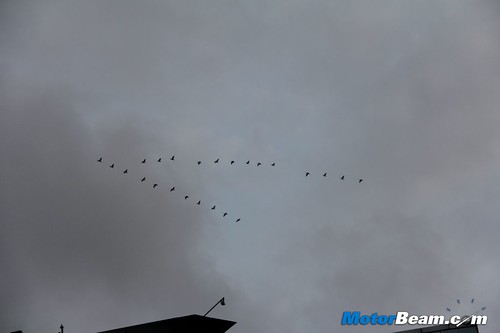 Meanwhile a few birds flocked together, hoping for Lewis to arrive soon. 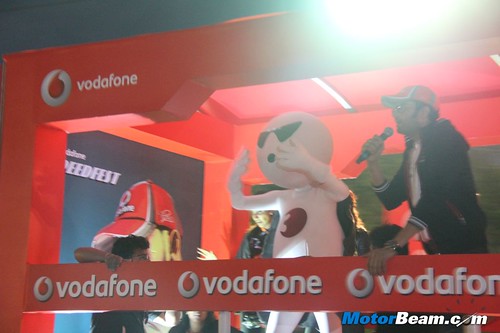 Instead it was Zoozoo who arrived, waving and kissing to the crowd.

The regular E350 CDI with AMG plates went around to do the final checking before Lewis could fire up 750+ horses of his McLaren. 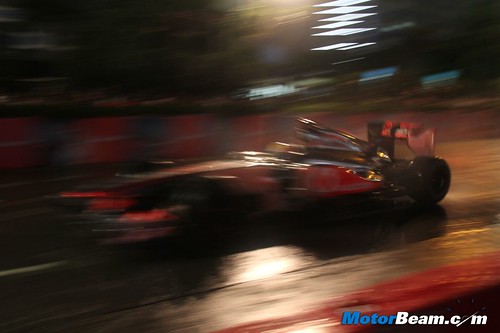 Hamilton was supposed to drive at 6:50 PM but there was some delay, due to which he only got into his McLaren by around 7:30 PM. It started raining by them. Intermediate tyres were used for the first run and Lewis hardly drove at speed. 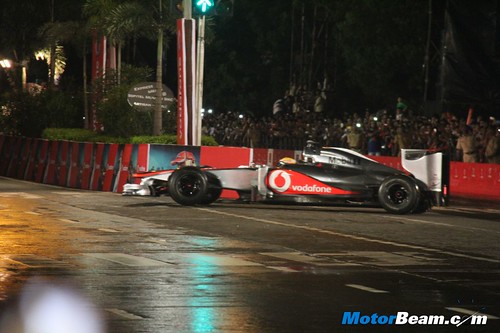 Lewis did do a few 360s but there was no smoke due to the wet road. He did revv the car and the fans went crazy to the sound of a Formula 1 car. 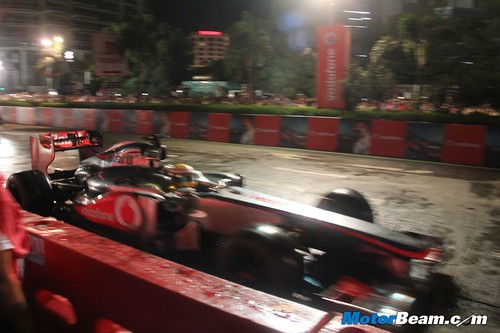 After the track went dry (by then most of the people had left), Lewis did another run, this time on slick tyres, hitting 220 km/h and shifting at high revvs to give the audience a close feel of what a Formula 1 car is all about.