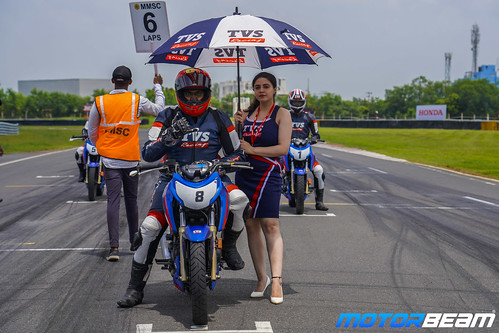 A proper picture before the race start was necessary

Last time I was able to get the first corner entry right by going flat out and my weight helped me to be on the bike as is. But in the last 4 corners I was braking early and I had planned to improve that by targeting the braking points of the fastest riders. I was again in a lonely 6th place but I had to keep the pace up and have a good start to stick around with the leaders. 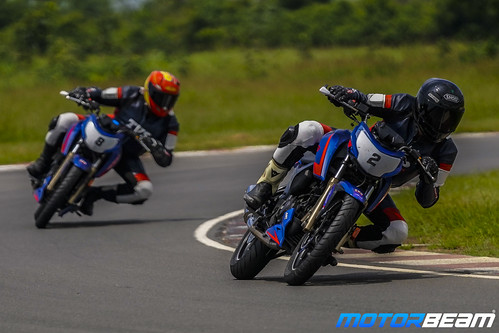 I tried to stick around with the top pack

We took off right at the counter and I had a brilliant start of the race. I picked up 2 places while entering the first corner itself! I was in fourth place while the guy riding third took had taken pole. I was able to stick to the top 3 until the corner 6 which is the start of the parabola. As we were about to complete the parabola, the rider at the pole position crashed and I backed off a little as we were pushing too hard in the first lap itself. Lucky for me I was in the top 3 while the 4th rider was almost 1 corner behind and hence we all skimped on pushing the bikes. 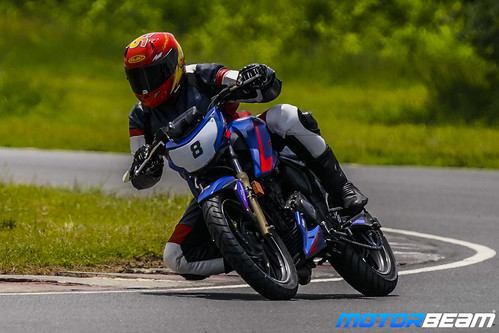 Halfway through the race – so close, yet so far!

I was happy at the 3rd place until the one behind overtook me in the 5th lap. I understood I was going too slow and I started chasing as I could see the podium going away from me! The first two riders were not pushing as much while I was having a cat-fight for the 3rd place. I overtook him at the same spot I was pushed behind and I started running away. It was the end of the race, just 4 corners to go and as we entered the slowest chicane of the circuit, I overtook the rider at the 2nd place but almost lost my front while switching the side. 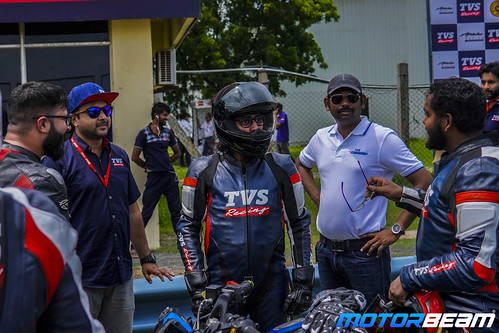 I was in 2nd place for a second maybe while the cat-fight turned into a dog-fight for the finish! The rider in the 2nd position was light and he overtook right before the finish line while I finished in a safe 3rd place. Finally, I had the podium while the rider in the 4th place was less than a second behind me! This is how I got a trophy back home but not the championship as I tied in the third place for the points. Nevertheless, it was an achievement for me while a good race for the viewers too as the fight for the podium was very intense! 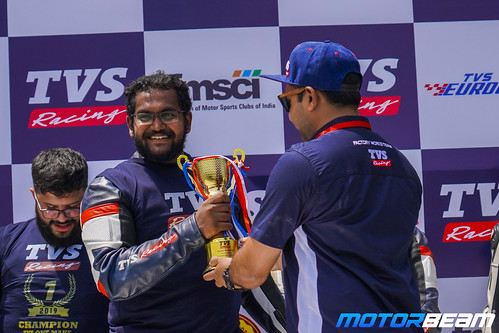 This time I made sure I got a trophy back home!

TVS Working With BMW On A Twin-Cylinder Bike