The top of the line BMW 3-Series in India is the 328i. It is the only petrol engine on offer in the new 3-Series and BMW does plan to bring in the 320i later on. We have already reviewed the new BMW 3-Series extensively here, so we will keep this review limited to the 328i version. Before the new generation 3-Series (F30) came in, the BMW 330i was the quickest premium sedan you could buy. The new BMW 3-Series is a more rounded package than the E90 model. But, is the BMW 328i a fitting replacement to the 330i? Let’s find out. 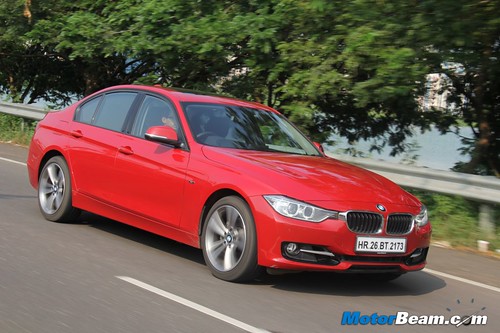 The design of the BMW 328i is identical to the 320d, but there are minor styling changes which gives the 328i a sporty appearance. While the chrome treatment is reduced on the front and rear, BMW has altogether replaced the chrome around the doors with black finish. The 328i gets dual exhaust pipes finished in black chrome while the 320d has a single muffler. The entry level 320d variants get 16-inch wheels, while the high end luxury variants of the 320d get 17-inch wheels. The BMW 328i gets 18-inch wheels which have bi-color appearance and a double-spoke design. The new BMW 3-Series is already a stunning looking car and the 328i accentuates the sporty styling even further. 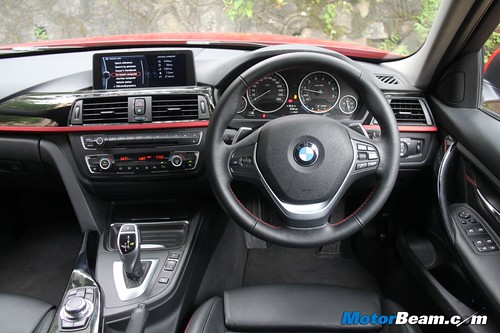 On the inside of the BMW 328i, contrasts between black and red express the sportiness of the cabin. The dashboard is finished in black and has a coral red strip running in between. The steering wheel and seats have red stitching, which is subtle yet sporty. The seats on the 328i offer excellent support, thanks to the well bolstered adjustable bucket like seats. Keeping up with the red and black theme, the 328i’s key has a red decorative strip too. 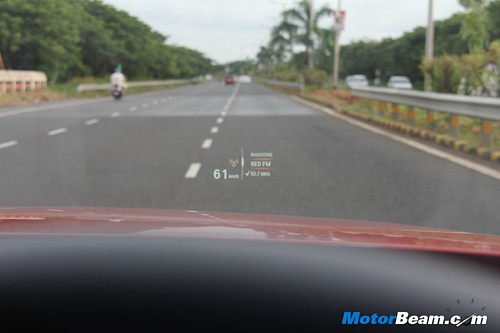 The BMW 328i also gets head-up display, which shows vehicle speed and lets you choose music without getting distracted. 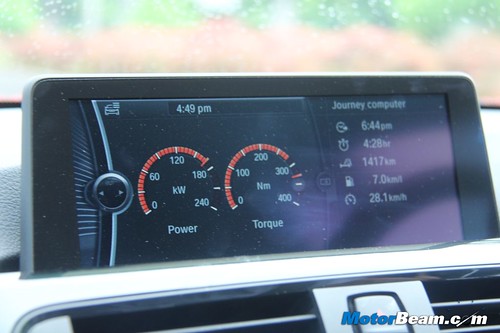 The BMW iDrive system shows a plethora of information including how much horsepower and torque you are using, in real time. 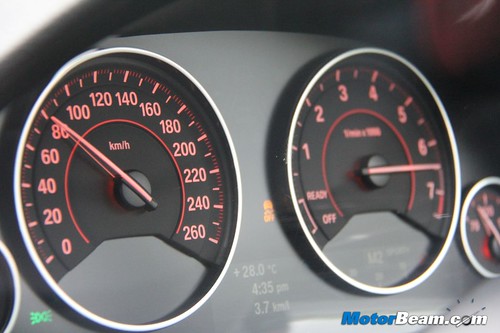 While the 330i was known to lack any thrust lower down the revv range, the 328i has plenty of oomph right from the word go. There is very little turbolag and driveability is simply outstanding. You can be puttering around crowded city roads effortlessly while the very next moment, you could be flying out on the highways. Slot the 328i in sports mode and all hell breaks loose. The vehicle loves redlines but doesn’t sound sporty enough at high revvs. While the 330i was butter smooth, the 328i feels a bit loud and rough. It doesn’t have the vocal snarl of its predecessor. 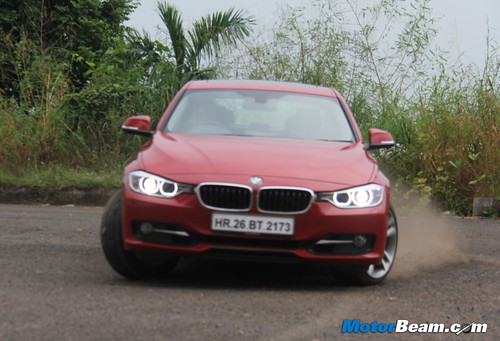 The 328i is mated to a 8-speed automatic gearbox and BMW has offered paddle shifters as well (not available in the 320d). Handling is very good and the steering is as quick as the 330i. The 328i rides on bigger 18-inch wheels which lends the vehicle a firmer ride over the 320d. However, ride quality is much better than the stiff 330i. Brakes have always been fantastic on the 3-Series (E90 of F30) and the 328i is no different. 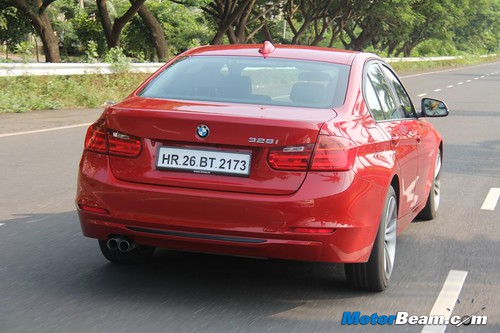 The BMW 328i might be the most expensive variant in the 3-Series line-up, but it offers the most thrills too. The 328i is fast, looks the part and is the most loaded variant in the 3-Series line-up. While it might not be as pure as the 330i in terms of sound and steering feel, it now offers the best of both worlds. The 328i is an extremely fast vehicle which is comfortable too and is at home in city conditions. If you are a petrol head and want an all rounder, you need to rush to a BMW dealer right away, as only 50 units of the 328i are allotted to India this year.

The BMW 328i is the car you can cruise to office on weekdays and sprint on highways on weekends. It feels at home in both situations. 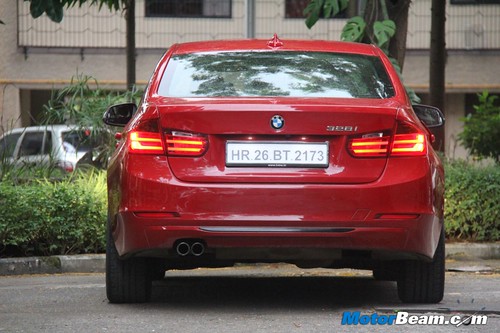