Hero MotoCorp today unveiled the new Karizma R at an event where it showcased 15 updated products. The Karizma retains Honda’s 223cc engine which is set to be more powerful with EBR tweaking the powerplant to offer more output. We expect 19-20 BHP of power which isn’t revolutionary considering the Pulsar 200 NS offers more output. Although Hero hasn’t disclosed the updated power output, the company revealed the torque figures which see an increase from 18.35 Nm to 19.35 Nm. The Karizma R comes with new features including daytime running lights (DRLs) and clip-on handle bars. Hero has also tweaked the motorcycle to give it a new look.

Hero MotoCorp says the exteriors are sporty and the Karizma R gets new side and front fairing, twin headlights, new mudguard, race inspired belly pan, new muffler cover, split seats, wider tyres (90 and 120 section), etc. However no changes have been made to the instrument cluster. The company is likely to retain the pricing of the old Karizma which means the R model will retail around Rs. 90,000/-. Tough competition will come from the Pulsar 220 and Apache RTR 180, both well established rivals.

The 2014 Hero Karizma is quite a few motorcycles in one. The LED DRLs seem to be inspired from the Apache, the stacked headlights seem to come from the Hyosung GT250R, the mechanicals are from the old Karizma (with some tweaking to the motor), the tyres are the same width as the ones seen on the Pulsar 220 while the rear is identical to the EBR 1190R (look at the last two pictures in this post). Surely the updated Karizma looks better in the pictures we snapped today compared to the ones which leaked last week but it’s still not impressive! 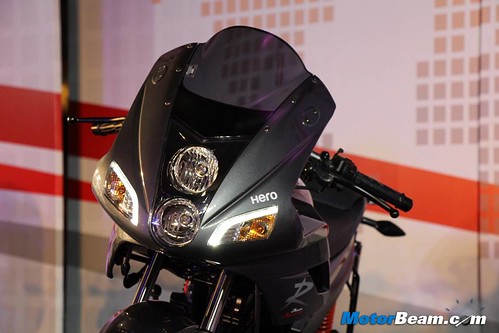 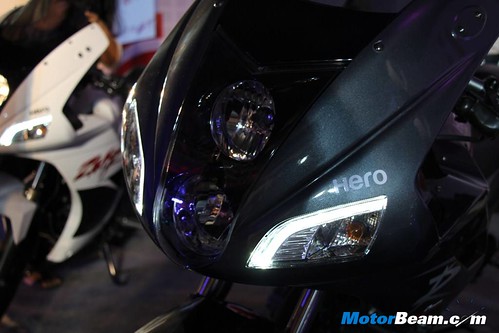 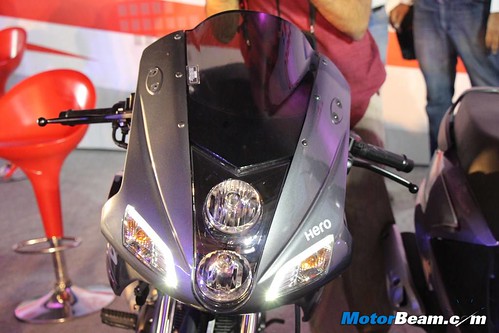 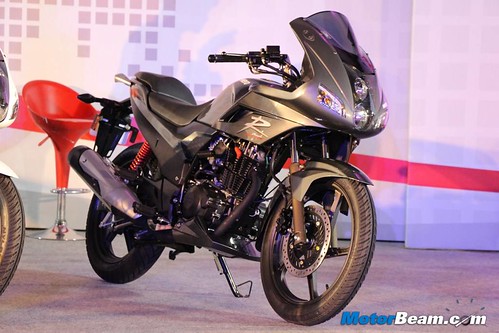 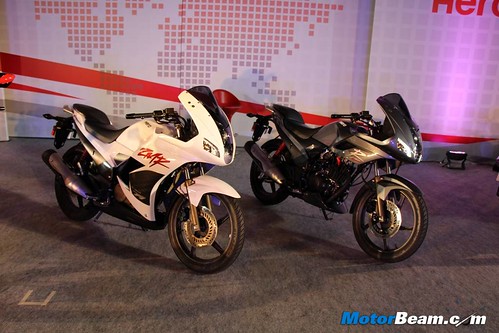 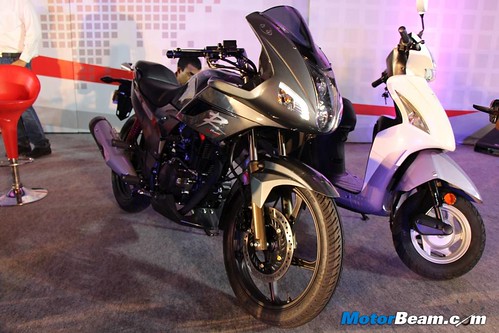 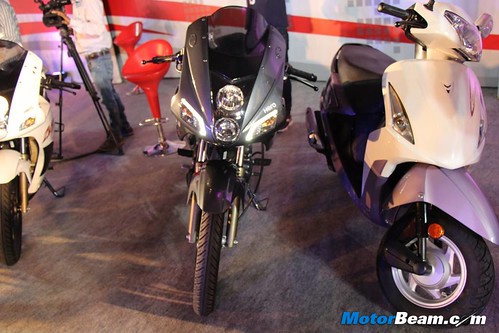 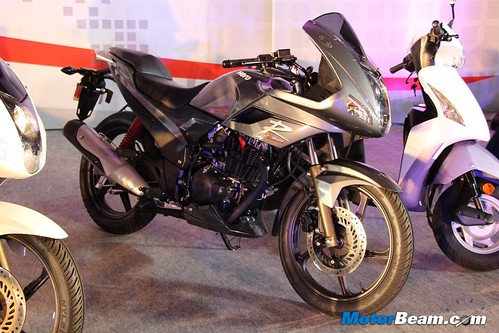 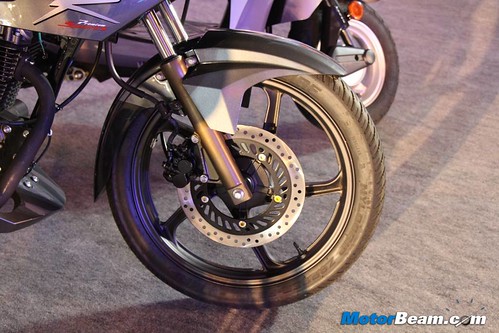 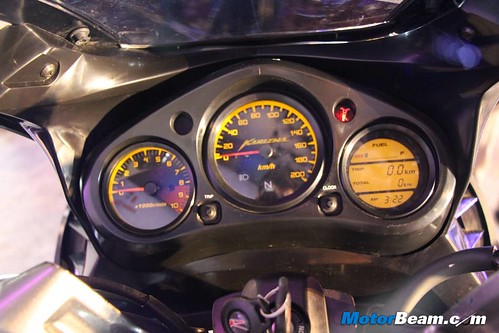 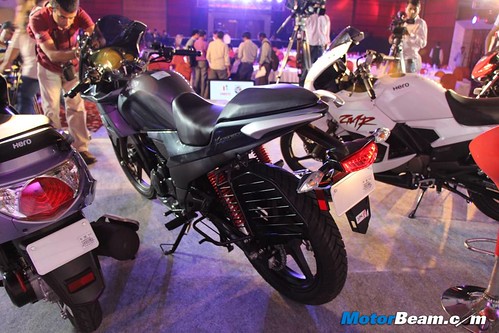 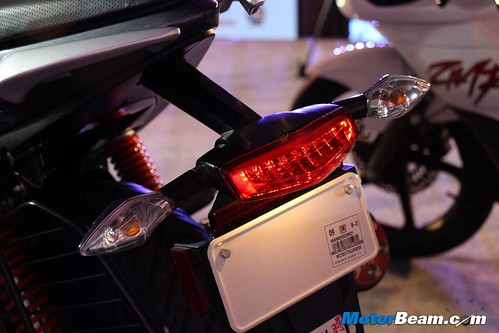 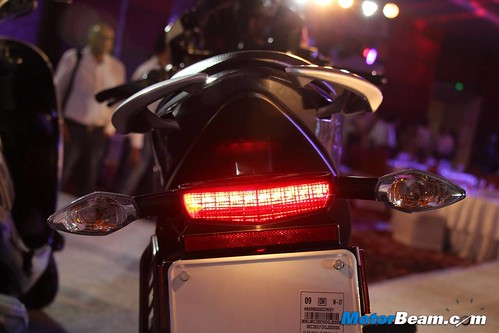 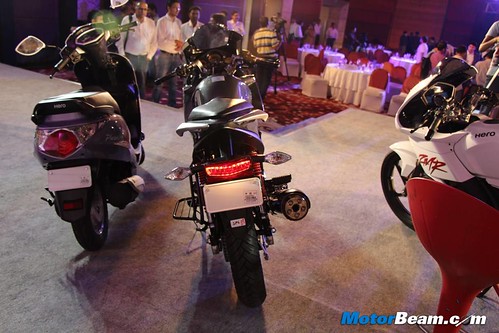 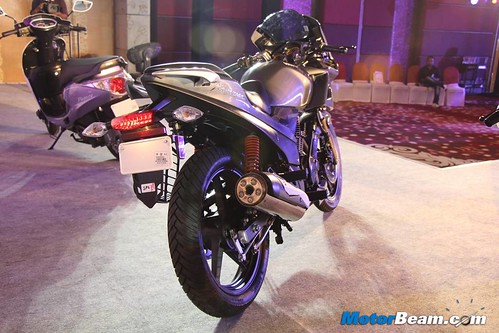 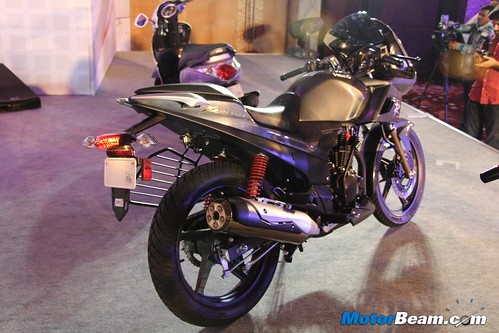 Why Is The Updated Hero Karzima Delayed So Much?