A diesel engine in the City is itself enough to double sales of this Honda.

Until a few years ago, diesel and Honda were parallel lines which never met. The Japanese automaker went very wrong with its analysis about the Indian market, ignoring the demand for diesel cars and continuing to bet on petrol power. To be fair, Honda was caught on its back foot and the sudden surge in diesel engine demand was unprecedented. But as the age old adage goes, better late than never. Honda was quick to design its own diesel engine and bring it out in the Amaze earlier this year. The result is for all to see, the Amaze has in no time boosted Honda’s market share and also led to several months of waiting for the car. Can we expect a similar scenario with the Honda City Diesel which is the first time India’s most popular car gets an oil burner? 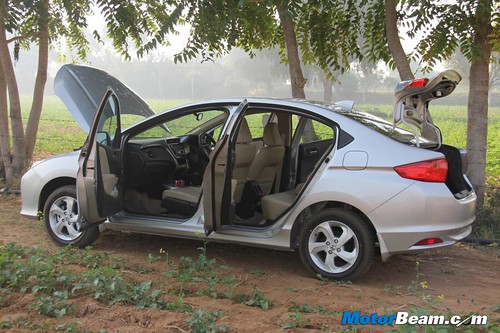 Honda cars are known to be brilliantly engineered and many people rate the company so highly that even a test drive is considered unwarranted before a purchase. So a diesel engine in the best selling City is sure to draw a large crowd to Honda dealerships, just like how it happened with the Amaze. The diesel-powered City gets all the equipment offered on the petrol-powered model and looks identical to it as well with the only exception being the badge on the boot-lid. Thus the diesel City is loaded with features including cruise control and sunroof on the top spec VX trim. 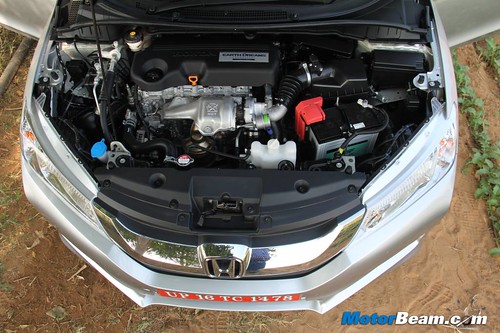 However what really matters is the performance from the diesel engine. Honda hasn’t uprated the power from the Amaze and the same 1.5-litre i-DTEC diesel motor outputs 100 PS of peak power at 3600 RPM and 200 Nm of peak torque at 1750 RPM. The Honda City is around 100 kgs heavier than the Amaze which is obvious as the former is a bigger car. Thus we expected a slight power boost but in the interest of mileage, Honda hasn’t hiked the output and the company claims the City diesel is the most frugal car in the country, taking over from the Amaze. The ARAI certified mileage is 26 km/l and one can expect 15-18 km/l in the real world which is very impressive. 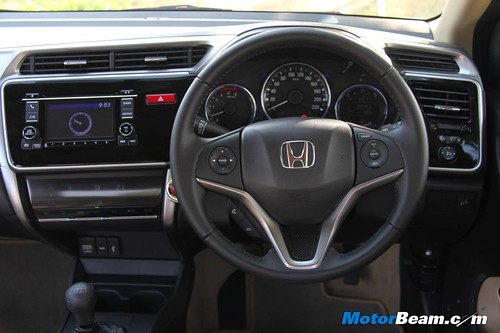 What differentiates the diesel engines in the Amaze and City is the transmission. The Amaze uses a slick shifting 5-speed unit while the City diesel gets a new 6-speed gearbox with short throws. The clutch is light but unfortunately this 6-speed box isn’t as smooth shifting as the one on the Amaze although it gives the car better cruising ability. Add to that the City isn’t limited to 140 km/hr like the Amaze and the world transforms. You can now easily cruise at high speeds because the diesel motor has ample amount of pep to pull strongly to 160 km/hr. Top speed is in the region of 190 km/hr and the car is quite stable at speed making the new City the right vehicle of choice for munching miles. Thanks to the additional cog, cruising is effortless and one can slot the car in sixth gear at 100 km/hr with the RPM needle ticking in at just 2000 RPM. 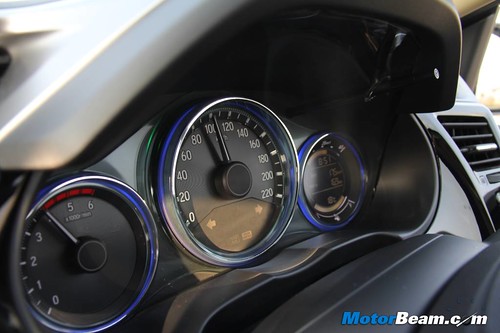 Performance in the city is terrific too as the lag is well contained and power delivery is very linear. You can amble around town doing 20 km/hr in third gear and the City diesel feels at home. The mill does pack in a good mid-range and that helps to gather speeds quickly on the highways. Honda’s Earth Dreams diesel engine doesn’t rev as freely as other diesel engines in its class and redlines at an early 4100 RPM (Fiat’s 1.3-litre Multijet and Hyundai’s 1.6-litre CDI engines redline at 5100 RPM while Volkswagen’s TDI unit redlines at close to 5400 RPM!). In spite of the lower power band, the Honda City diesel feels powerful enough because it has got good grunt throughout the rev range. In-gear acceleration is the strong point of the car. 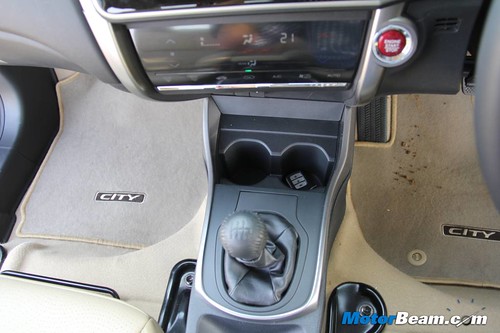 While other diesel engines are made of cast iron block, Honda has used aluminium in the interest of weight saving but the drawback is the clatter. The City’s diesel engine makes quite a lot of noise, similar to the Amaze which hasn’t got applauds for NVH either. In spite of improved insulation, one can’t deny the noisier nature of the i-DTEC mill, something which becomes more of a bother post 3000 RPM. The car reaches 100 km/hr in 3rd gear, taking under 12 seconds to do the 0-100 km/hr dash. Honda has no plans to launch an automatic gearbox in the City diesel, advantage Hyundai Verna (which comes with a 4-speed AT, the only automatic diesel car in the segment). 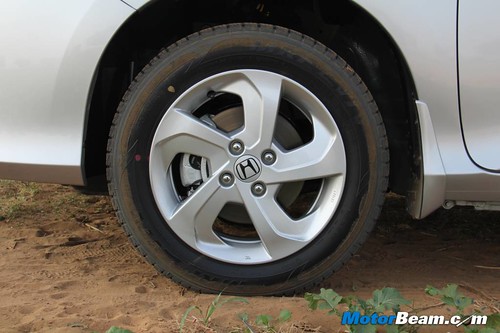 Honda has always got the right balance when it comes to the chassis and suspension. The Honda City diesel offers sharp handling and is quite fun to drive on a mountain road. The steering is light at low speed but isn’t feedback rich at high speeds where it feels a bit disconnected. The diesel engine being heavier has resulted in the suspension being stiffened compared to the petrol model. Ride quality is good and the diesel City is pliant over most road surfaces. What is really dissapointing are the tyres on the car. With 200 Nm of torque on offer and a bomb of an engine, Honda has continued with 175 mm section tyres which seem inadequate for spirited driving. Accelerate hard and the City diesel wheelspins even in second gear. However the bigger problem is when you corner and brake hard as the tyres tend to give up easily. Braking performance is commendable but you don’t have the confidence to use more than 60% braking power. A tyre upsize is a must for enthusiasts. 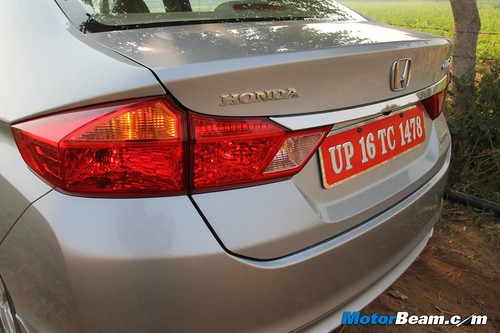 Honda has done a fantastic job with the new City, giving it all that this iconic vehicle deserves. A diesel engine under the hood of the City is akin to a dream come true for Honda fans. It’s like you can have your cake and eat it too. The oil burner is frugal, offering plenty of performance while not compromising on drivability, a rare feat. The City has always been a practical car and the diesel engine further boosts the appeal of the vehicle, multi-fold. That said, it’s the i-VTEC petrol engine which continues to be the engine of choice for the enthusiast as the petrol powered City continues to offer a splendid driving experience which is simply unparalleled.

The diesel powered Honda City packs in quite a punch with ample amount of performance in all driving situations. With the new model, Honda has improved the City in several directions all of which results in the car becoming the new pick of its class.

* Gearbox not slick
* Engine noise audible inside the cabin

Next Generation Honda City Launch In 2020, To Get Diesel CVT AT