The Hyundai Grand i10 was launched in global markets as a successor to the i10 but both the models continued to be sold along side each other in India. The Grand i10 has been extremely successful for Hyundai and it is also one of the top 10 selling cars in the country. Hyundai has now given the hatchback a mid-life facelift that brings in refreshed exteriors, additional features on the inside and a revamped diesel engine.

Motor Quest: The Hyundai Grand i10 is one of the top 10 selling cars in India. It competes fiercely with the Maruti Swift and in the previous month, it managed to overtake the Swift in sales, thus acquiring the slot of the 4th highest selling car in the country. 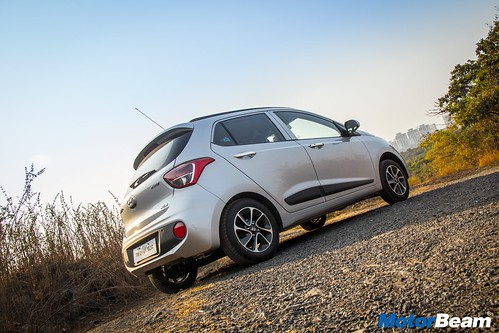 While changes aren’t major, the Grand i10 does look fresh now

Exteriors – There are very few changes to the exteriors but they do give the car a fresher look. The front bumper gets a mild tweak in design which includes a new fog lamp housing, honey comb grille and LED DRLs, which come on only when the handbrake is disengaged. The side profile continues to remain similar save for the redesigned 14-inch alloy wheels. At the rear, the bumper gets the most apparent change which includes a thick black strip with circular reflectors on either side. The Grand i10 has always been a pleasant looking car and the update looks good too. 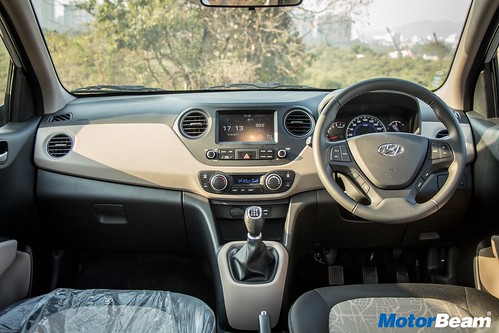 Interiors are largely the same, touchscreen is a good addition

Interiors – The dashboard and centre console continue to have the same layout but what has changed is the equipment list which just got better. You now get a 7-inch touchscreen for the infotainment system which also gets Android Auto and Apple CarPlay and a reverse camera. It also gets Bluetooth, Aux-IN and USB connectivity but misses out on a CD player. The sound quality is fairly good for this price range but the rear camera could’ve definitely been better, especially during the dark when the images appear slightly unclear. The Grand i10 now gets an automatic climate control and trust me, the AC is a chiller even in scorching heat. The steering continues to get audio and phone controls. The interiors are comfortable and airy as ever and the keyless-go function is convenient too. The seats are supportive and cabin room is good but a third passenger at the rear could be a tight fit.