There is no denying the fact that the Maruti Dzire has shaken the compact sedan segment in India by selling in such huge volumes which no other rival has been able to come close to. The Dzire is also one of the highest selling cars here and hence there is a lot of anticipation around the new generation. The looks have changed, the interiors have evolved and the driving dynamics are better. Let’s check out everything in detail.

Motor Quest: The Maruti Dzire is a top-selling car and it has always set the sales charts on fire. There have been times when its waiting period used to cross 8-9 months and with the arrival of this model, we expect the waiting period as well as sales figures to shoot up significantly. 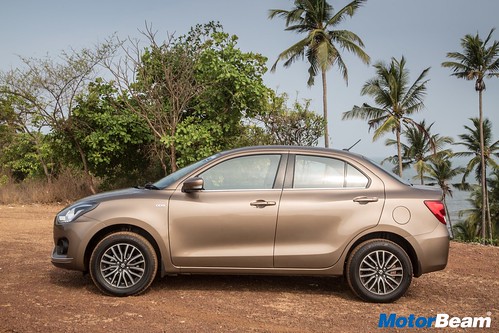 Exteriors – The exterior styling has evolved by a huge extent and a lot of design elements have been borrowed from the new generation Swift. However, instead of just sticking a boot to the hatchback, Maruti has made some deep changes, which include tweaks to the A-pillar. The body has a lot of curves now but the design looks much more proportionate compared to the previous generation. There’s a lot more chrome than before, and you get chrome trims on the grille, front bumper, boot lid, etc. The LED tail lamps look cool while you also get projectors and LED DRLs. The top Z variants come with chunky tyres while the lower L and V variants get skinny wheels which make the car look under-tyred. 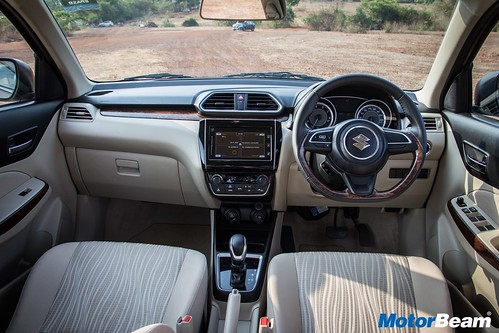 The new dashboard layout is ergonomic and functional

Interiors – Coming to the interiors, here’s where a lot of major revisions lie. The dashboard gets an all-new design and even though some elements are derived from the new Swift, Maruti has again made a lot of changes to things like the instrument cluster, AC vents, steering wheel, inlays on the dashboard, etc. There is a dual tone black and beige colour theme and the top variants come with wood inserts on the dashboard and steering wheel. The wooden inserts are provided with an intent of making the car feel premium but honestly, it could have been done in a better way and the quality also feels a bit inferior. However, the overall fit and finish of the insides feel much better than the second generation Dzire. 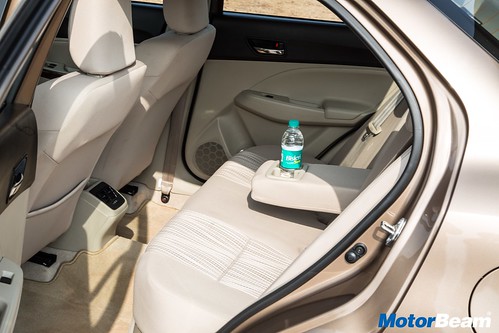 The seats are supportive and a comfortable place to be in

The new Dzire is a very comfortable sedan, gets a lot of goodies too

Due to the rear doors being wider, ingress and egress have become easier. The seats are large and comfortable and the cushioning is also soft but under thigh support felt a bit lacking. The driver’s seat gets height adjustment while the steering gets tilt adjustment and hence you can find yourself a good driving position with decent visibility all around. Space at the rear is decent but at the front, the footwell eats into space slightly. The roofline limits the headroom at the rear a bit. The boot is nicely shaped and has good cargo carrying capacity, it is larger by 60-litres now. 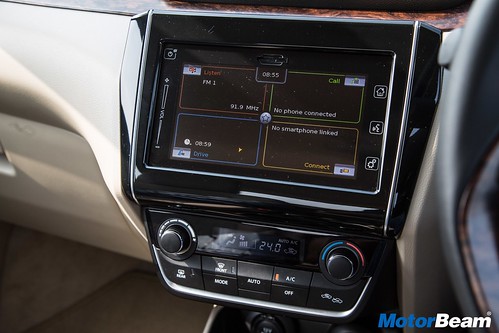 The Dzire gets a good equipment list with many features

The third generation Maruti Dzire gets a good equipment list. You get automatic climate control and the cooling performance from the AC is very good and the rear AC vents are a big plus. The ORVMs are electrically adjustable and folding. The audio system is the same one that is also offered on the Baleno. The 7-inch touchscreen has a good response and it gets Apple CarPlay and Android Auto too. Connectivity is seamless and the sound quality from the speakers is very good. Apart from that, the Dzire also gets keyless go with push button start and unlock sensors on the door.