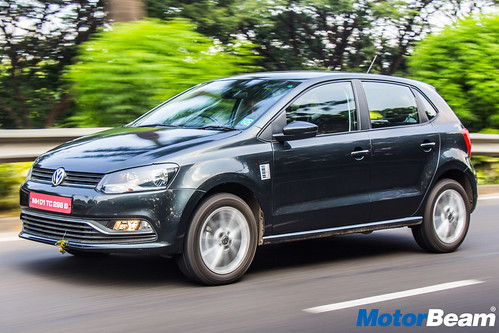 The engine takes its own sweet time to dish out power

Performance – Downsizing seems to be the norm everywhere, in the interest of fuel economy (up by 1.5 km/l in the real world to 13 km/l), emissions and weight (this one is 14 kgs lighter), so the petrol powered Polo and Ameo now employ a 999cc, 3-cylinder engine, instead of a 1.2-litre, 3-pot unit with power output being the same 76 BHP. Anyone who has driven the petrol Polo 1.2 MPI will tell you that the engine feels lacklustre and the new motor is no different as it lacks both low-end punch and mid-range grunt, there is some sort of a lag and that’s funny because this isn’t even a turbocharged powerplant. Making matters worse is the reduction of torque by 15 Nm! 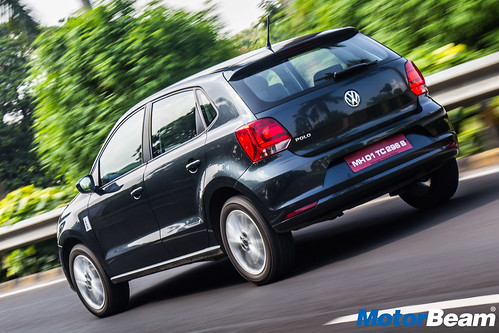 The engine has been downsized in the interest of efficiency

The 1.0 MPI engine will only remind you of the 1.2 MPI unit as it too lacks performance

Power delivery is linear, it does redline cleanly, hitting the rev limiter at 6500 RPM but the Polo 1.0 MPI is slow, taking 16.5 seconds to do the 0-100 km/hr sprint (that’s even slower than segment down cars like the Alto, Kwid and Tiago). But what really impresses is the refinement at idle, it does feel sorted on NVH until you wing open the throttle where the 3-cylinder thrum becomes quite evident. The 5-speed gearbox offers smooth shifts with short throws but the light clutch is too springy in action once you have left 70% of it.