The Countryman is practical and spacious, yet retains the MINI fun-factor

Luxury SUVs are fast getting popular. BMW pioneered the segment with the X1 in India and soon Audi and Mercedes followed. The Germans had a good run and even today their premium SUVs account for good sales figures. But that is precisely why some people don’t want to buy them. They may appear to be too common and all over the place. For those seeking to be a bit different, MINI, a brand known for its youth-centric cars has launched the second generation of its Countryman in India. It is based on the same platform as the BMW X1 and promises to be just as capable. But should the MINI badge, a funky attire and a capable diesel motor lure you away from the Germans? Let’s find out.

Motor Quest: MINI launched the Countryman in India in 2012 as an alternative to the BMW X1 and the Audi Q3. MINI decided to locally assemble the Countryman which made it far more realistically priced than the hatch which was imported from Oxford. The Countryman took no time in finding buyers and people appreciated its unique approach to luxury and driving dynamics. Come 2019, the automaker has thoroughly upgraded the Countryman with a promise of better dynamics, more comfort, more space and greater efficiency. 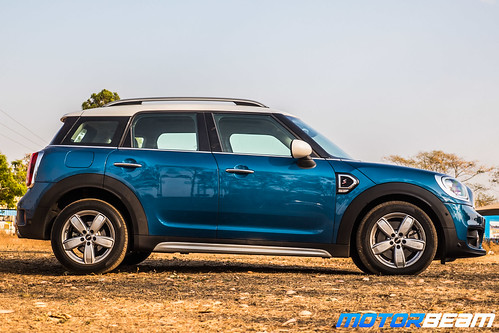 Exteriors – The first thing that you notice about this MINI is that it isn’t all that mini. The Countryman is big and while it does not have the imposing road presence of a traditional SUV, the Countryman does look like an XL-sized hatch. Don’t get us wrong though, the design of the Countryman has plenty of character. The oval-ish headlights, the large foglights and those bold stripes on the body all make it feel unmistakably MINI. 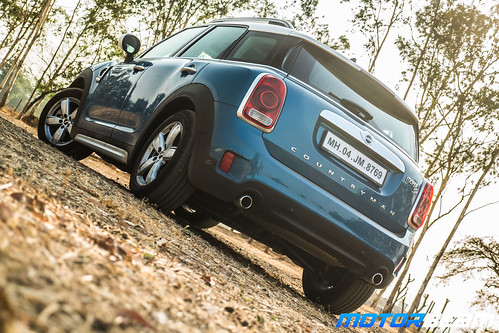 The Countryman’s design has a lot of character

Despite being large, the Countryman retains all of MINI’s design elements

From the side the length is obvious. The Countryman SD is long but MINI has done a good job of making it feel small. The large wheel arches with black surrounds are reminiscent to the Cooper hatch. The wheels are small but look smart and the kink in the rear quarter glass is a nice touch. We also love those traditional chrome door handles. Other elements like the circular wing mirrors and the contrast colour roof also add to the car’s funkiness. The rear part is not as well executed as the rest of the design. It looks a bit stubby and compressed and is not the prettiest angle of the car. Still, the design is very different from other luxury SUVs and should you choose to go for bold colours, it’ll surely get you noticed. 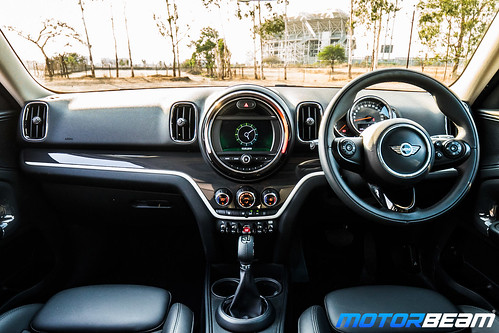 Unlike other MINIs you cannot customise the interior of the Countryman

Interiors – Because the Countryman SD is more hatch than SUV, getting in is an easy affair. Once inside you are greeted by familiar MINI touches like the circular housing for the touch screen infotainment screen, toggle switches and that chunky steering wheel. The diesel version, however, is assembled in India and comes with just one, all black interior colour option. You cannot choose the trims or any personalisation options for this diesel version. That is a big let down considering that customisation is a big part of any MINI’s appeal. 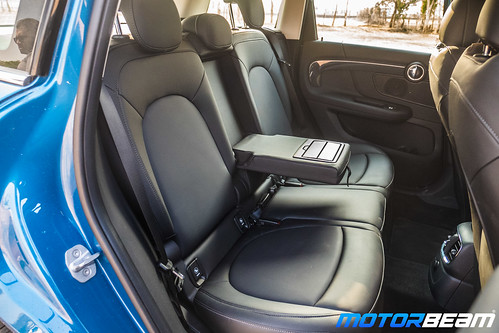 You get a smaller 6.5-inch touchscreen infotainment screen whose rotary controller makes do without the trackpad. There are no paddle shifters and no rear parking camera. The lack of equipment is a bit disappointing considering how expensive the car is. That said the interiors of the MINI Countryman SD still feel premium. The quality of materials all-round is excellent and there is enough space for the driver and passenger to be comfortable. The seats are fairly supportive and you also get electric adjustment for both the seats with memory function for the driver’s seat. MINI has also offered a two-part panoramic sunroof that lets sufficient natural light on the inside. 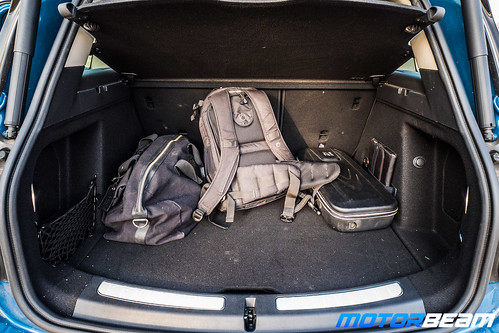 The backseat is very comfortable with more than ample room to stretch out. The window area is large resulting in good outside visibility. We just wish the back seat had more thigh support. The middle passenger is unlikely to be very comfortable thanks to the narrow seat and intruding centre tunnel. The backseat, as a result, is best suited for two passengers. The boot is quite large and has good holding capacity. The cabin of the Countryman SD may lack the sense of occasion of its petrol counterpart but still remains a sophisticated, refined and well-finished place that most luxury car owners will find compelling enough.