Volkswagen recently celebrated 10 years of Polo in India which made little sense as the new-generation model went on sale globally more than a couple of years back, yet there are no signs of it coming here anytime soon (instead VW will focus on SUVs and maybe the next generation model might be launched here, not before 2021 though). The Polo has a huge fan following in Indian among car enthusiasts and thus we decided to review the top-of-the-line Polo GTI at one of the best race tracks in the world, the ‘Green Hell’, better known as the Nurburgring.

Motor Quest: The ‘Polo’ name is synonymous with Volkswagen for many in the car world. Since the start of production back in 1975, the badge has seen itself representing 6 generations of the model. Right from the introduction of the limited edition Mk3 Polo GTI in 1995, VW has enjoyed good success with their hot hatch. They now look to build on the enthusiasm the GTI version has garnered. 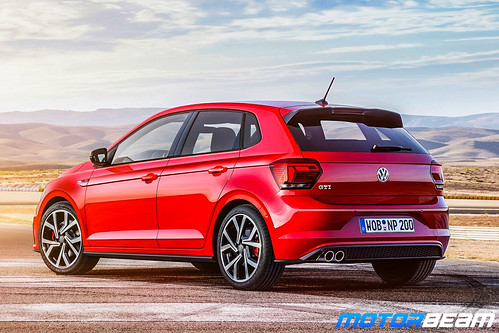 The timeless design of the Polo makes it instantly recognizable

Exteriors – Walk up to the new Polo GTI, and you will be greeted with a sense of familiarity. Everything looks different, yet quite similar. Talking about the exterior of this car does very much mean talking about the exterior of the Polo facelift that is being sold internationally. That is to say that the designers have done a very decent job in making the car look quite distinct, but understated at the same time. 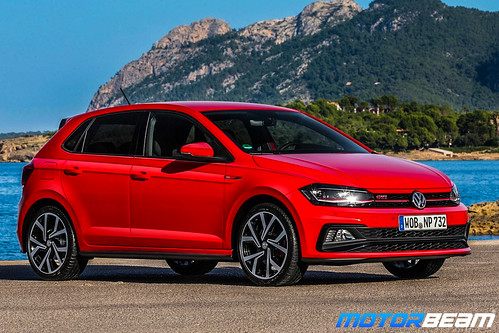 In its latest avatar, the Volkswagen Polo has not only grown in size but also looks sleeker yet understated as ever

Compared to the Indian model, the headlamps have been slimmed and dragged a bit on the sides, and the tail lights have also seen a similar treatment applied to them. The car has also dimensionally grown, and that is very much visible. The side has one sharp character line that curves up along with the shape of the GTI badge on the side. The car also has dual exhausts, which are very much the real deal. 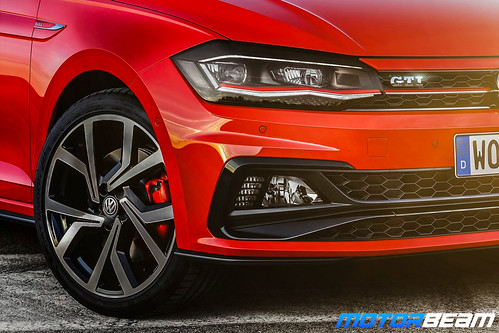 The GTI gets red accents on the brake callipers, the grille & the headlights

Speaking of the GTI badge, the car gets distinct red stripes up front that very neatly flow into the headlamp assembly. Unfortunately, that is about where the differences end. Unlike the previous version, this car is a 5-door only, and hence to the average person’s eye, this car might as well be a normal Polo. While the facelift is indeed a big leap over the Indian model, the GTI version’s red brake callipers and the aforementioned GTI badges are the only differentiators over the outgoing Polo facelift from the outside.

News highlights of the day include Hyundai, Mercedes, Toyota and Volkswagen. Hyundai Kona - Prices of the Hyundai Kona have been increased by   END_OF_DOCUMENT_TOKEN_TO_BE_REPLACED

A person in Rajasthan has modified his Premier 118NE to look like a Rolls-Royce Phantom Drophead. Catch All The Latest Videos, Subscribe To   END_OF_DOCUMENT_TOKEN_TO_BE_REPLACED

The upcoming Benelli 600RR has been spied in production-ready form. Benelli had discontinued the Tornado 1130 in 2014 and quit the sports bike   END_OF_DOCUMENT_TOKEN_TO_BE_REPLACED