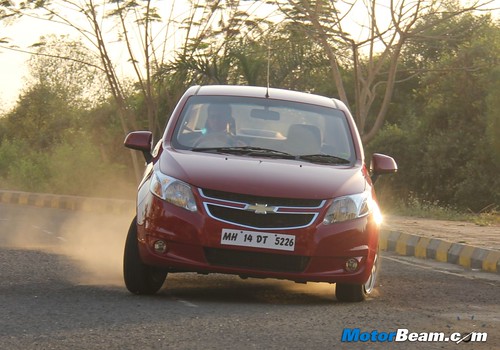 After making the biggest recall in India, General Motors has gone ahead and announced yet another recall for somewhat similar issues. The American automaker has announced a voluntarily recall for 4000 units of the Sail (both hatchback and sedan). The cars suffer from an engine quality issue and production of the vehicles had been halted since 3rd June but production has resumed lately. Last month, GM announced a recall of 1.14 lakh units of the Tavera MUV due to emission related issues, which has led to a government enquiry and firing of 25 top executives by GM.

GM states that the issues with the Chevrolet Sail are not safety related. Customers needn’t worry as the company will get in touch with them for the recall activity, which will obviously be carried out free of charge. Since not many units of the Sail twins have been sold, the recall numbers aren’t large. GM launched the Sail U-VA in November 2012 while the Sail notchback went on sale in February 2013. Both cars use the same set of engines but the recall is only for the diesel model.

The diesel engine powering the Sail siblings isn’t new to us. It’s the same 1.3-litre diesel motor which powers a slew of cars in India, including top sellers, the Maruti Swift siblings. The Sail U-VA hasn’t been received very well by the market which led to GM reducing prices of the hatchback earlier this year. The Sail sedan has got a decent response and both cars boast of excellent interior room and ride quality. The Sail twins were designed and developed in China by SAIC. The recall will be done through GM India’s 278 service outlets. 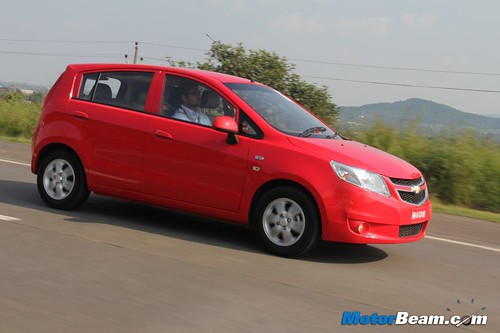