With oodles of torque, the Street Rod does not need much input to get going fast

Last time we rode a Harley-Davidson motorcycle, it was the Softail Heritage, a very comfortable cruiser motorcycle. But to get a few things interesting, Harley launched a new motorcycle last year, the Street Rod. Based on the Street 750 with the aesthetics of a flat-track racer. We rode a similar motorcycle a few years back, the Motomiu Katanga Uno. A cafe-race which was basically a modified Street 750 by Seven Island Harley-Davidson. We spent one whole weekend with this Street Rod and came back with mixed feeling.

Motor Quest: Harley-Davidson launched the Street series of motorcycles with the Street 750 in 2014. Adding to the line-up, the Street Rod was introduced in 2017. It comes with the same engine and underpinnings as the Street 750. However, few changes like the suspension and riding posture classified it to be a new motorcycle. 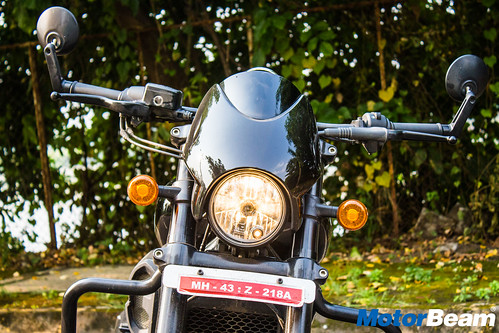 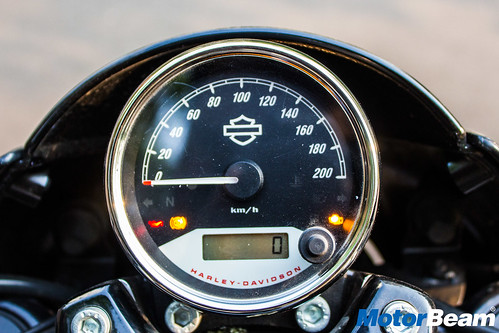 Instrument Cluster and Switchgear – The instrument cluster on the Street Rod is carried over from the Street 750 too. It’s a round-shaped single-pod analogue-digital console. The speedometer is analogue while the rest of the details are put inside the rectangular digital section which includes an odometer, twin trip meters, clock and a gear position indicator with a numerical tachometer. Just like the case with the Street 750, this one misses out on a fuel gauge as well. A set of tell-tale lights tell you when the fuel is low and ABS is in working condition. Unlike other Harley-Davidson bikes, the Street 750 and the Street Rod get regular switchgear. With a kill-switch and a starter button on the right and indicator, horn and high-low switch on the left. The quality isn’t the best but it gets the job done. 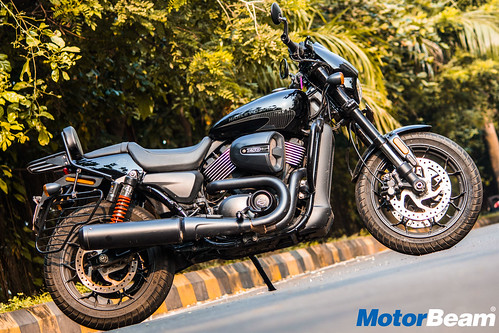 The Street Rod has got discrete ergonomics, one needs to get used to

Ergonomics – The Harley-Davidson Street Rod has had by far the most mixed reaction for its seating posture. For shorter riders, the handlebar is too far away but the footpegs and seat are just right. But for taller riders, the footpegs are too close and raised while the handlebar feels perfect. At 765 mm seat height, the Street Rod is quite accessible but the footpegs and the overall width is quite a lot making the rider keep their legs widespread. The handlebar is a single piece straight rod and it is by far the widest of all the bikes I have ridden. The seats are very well cushioned but it feels slightly stiffer for the pillion. However, the pillion gets a backrest and that trumps all.

News highlights of the day include Suzuki, Volkswagen, Toyota and F1. Suzuki - The Japanese bike maker has introduced new ‘Suzuki at your   END_OF_DOCUMENT_TOKEN_TO_BE_REPLACED

A bakery employee from Coimbatore stole a motorcycle to travel to his native place. The ongoing coronavirus pandemic has affected everyone's   END_OF_DOCUMENT_TOKEN_TO_BE_REPLACED