The Hero Pleasure was the first scooter which was focused for the women riders out there. The first Pleasure came in 2006 and had a tagline “Why Should Boys Have All The Fun?”, but it was discontinued in 2015. 4 years down the line, Hero MotoCorp is back with the Pleasure calling it the Pleasure Plus. But what is really new, let’s find out.

Motor Quest: The first Hero Pleasure was launched in 2006, then it had two updates which were just cosmetic. Discontinued in 2015, Hero MotoCorp has re-launched the Pleasure in 2019 as the Pleasure Plus with an all-new design and a new engine as well. 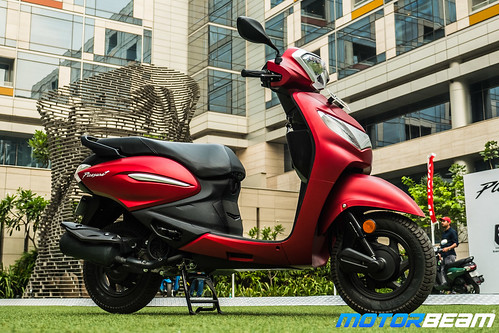 The styling is now smoother and curvier than before

Styling – On the styling front, the Hero Pleasure Plus has had a major update. All the pointy and sharp design elements have been taken off and the body is now curvy and smooth. At the front, the headlight gets a retro look while the apron is also new. However, the front mudguard looks pretty much the same. At the rear, the weird tail light is replaced with an H-shaped design which looks pretty cool. There are no LEDs on offer, everything including the headlight, tail light and the indicators are halogen units. What you do get is 7 colour options to choose from which look quite funky and attractive. 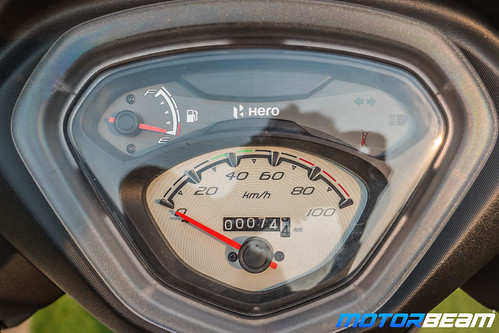 Gets an analogue console which looks quite basic

Instrument Cluster and Switchgear – The cluster of the Pleasure has been continued from the previous version. However, the analogue dials are new and the background looks fresh. It is just an analogue meter and there are only 3 major details available – the odometer, speedometer and a fuel gauge. Also, you get a set of tell-tale lights which include a side-stand indicator. As per the BS4 norms, the Pleasure gets AHO and the switchgear quality is quite basic. The touch and finish are not that impressive, however, it does fair well for an entry-level scooter.

News highlights of the day include Volkswagen, Triumph, Husqvarna and Bajaj Auto. Volkswagen T-Roc - The German carmaker showcased the   END_OF_DOCUMENT_TOKEN_TO_BE_REPLACED

Renault wants to go all guns blazing in the Indian market by creating new segments. Renault launched the Triber in 2019 and this 7-seater   END_OF_DOCUMENT_TOKEN_TO_BE_REPLACED