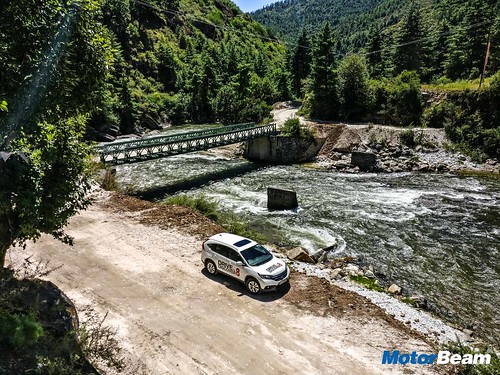 Entering Bhutan was a big contrast, the place is serene and disciplined

The next day we had a long drive to Paro and we were given the keys of the Honda BR-V. Although we were only 3 in this MPV, the boot swallowed our luggage with ease. It was a typical mountain drive. Going uphill, downhill and uphill again. The temperature was dropping and it became quite foggy. We had to slow down considerably as visibility had dropped to barely a cars length ahead. Even though there is a good sense of driving discipline in Bhutan, this stretch was a bit scary. Most sections have the mountain on one side and the valley on the other side. In some areas the road narrows so much that your wheel is practically on the edge of the cliff. And yes, most of these mountainous roads don’t have a barrier which meant we had to be even more careful. 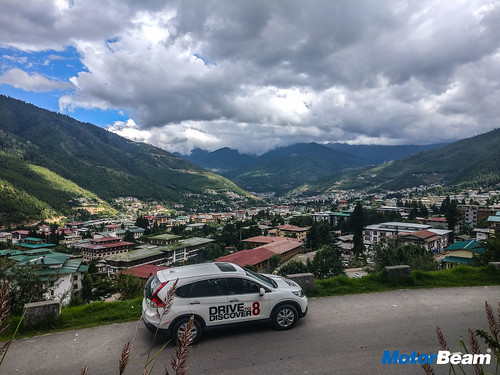 The natural beauty of Paro can’t be described in words. The air is so fresh that you instantly know. Bhutan is a carbon negative country which means there is so much more greenery here, it compensates for all the carbon emitted from automobiles and heavy industrial machinery. The next day we explored the local area in the Honda CR-V. We took to some scenic locales and also head out to the capital city of Thimpu. A quaint town nestled in the valley, Thimpu’s biggest attraction is the Great Buddha Dordenma. This is one of the largest Buddha rupas in the world and is visible from the southern entrance to the Thimphu city. This was made to commemorate the 60th anniversary of the fourth king of Bhutan. 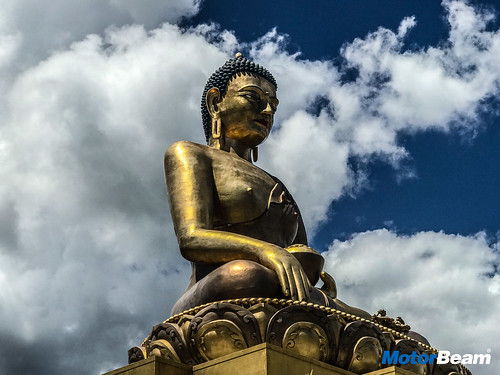 One of the largest Buddha rupas in the world

The street food is quite sumptuous including chowmein and momos

We also indulged in some local food tasting. Essentially chowmein and momos are an important part of the Bhutan diet but the locals also serve a lot dishes which are made of beef, pork and chicken. We tried our luck with some street style ramen noodles and they were amazingly delicious. The CR-V was comfortable as always and the automatic variant we were driving was convenient to drive too. On our way back to Paro, we decided to stop by Dochula pass. This is a mountain pass in the Himalayan ranges of Bhutan and is marked by 108 memorial stupas known as ‘Druk Wangyal Chortens’. The view from this pass was breathtaking. Standing amongst the clouds we have a great view of the Thimphu city from above. It was quite cold with reduced visibility due to the fog. 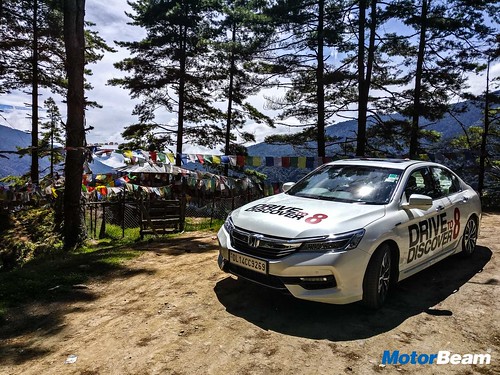 The new Honda Accord poses by the woods, looks attractive

Time flies when you are having fun and little did we realise that it was day 4 and time to head back. We drove to the border town of Phuentsholing in the Honda Accord again. Completed our immigration formalities and retired early for the night. The next day was going to be hectic. We had to drive back to Bagdogra airport and to make it on time for our flight, we would have to leave early in the morning. Our drive for the final stint of the journey was the Honda WR-V. This is one of our favourite Honda cars as it brings a lot of practicality to the table. While we love this crossover in the city, it proved to be a capable machine in the mountains too. 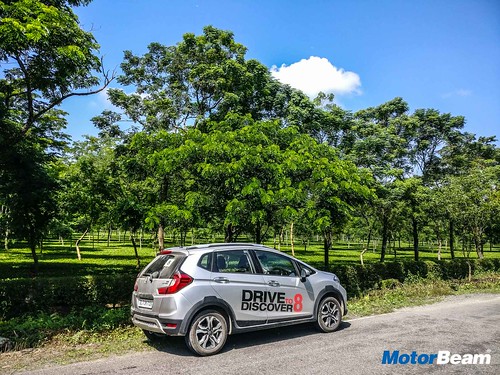 The Honda WR-V is a practical car and capable too

As we crossed over into India, the roads were quite rough with frequent broken patches. Luckily for us, the high ground clearance helped us negotiate most of these areas with ease. The i-DTEC performed well as we experienced it in both the BR-V and WR-V. Not only does this engine deliver good power, it also delivered good numbers when it came to fuel economy. Honda has also worked to reduce the NVH levels of this oil burner. While it was on the louder side when it was first seen in the Amaze in 2013, the noise is now reduced owing to better insulation. A memorable trip had come to an end but who knows, where Honda will take us at the next edition of ‘Drive To Discover’? Wherever it may be, it will be another time to have endless fun while exploring and discovering lesser known places. 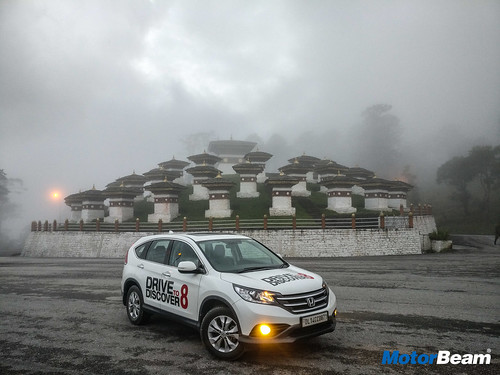 Honda May Not Launch A Smaller Car Than Brio In India