The Mobilio proved itself in some really harsh conditions, offering both power and mileage

India is a fascinating country. Perhaps the only country to show such vast diversity. Be it culture, food, climate, it has it all and in what abundance. The snow capped peaks of the Himalayas to the hot and humid beaches of Kanyakumari. The white salt desert of Kutch to the tea plantations of Darjeeling, there is so much to explore and discover but our mundane urban lifestyle barely leaves us any time for doing so. As motoring journalists, travel becomes a part of the routine but the monotony of work keeps us occupied with no time to spare. However, Honda’s Drive To Discover is one event, we eagerly look forward to every year. 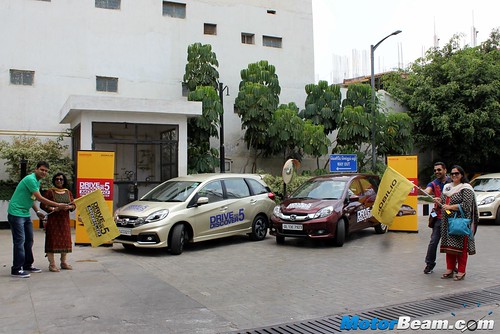 Season 5 of Drive To Discover was flagged off from Coimbatore

Season 4 of the Drive to Discover saw us embarking on a food festival as we drove in the Honda Amaze along the east coast to the city of joy, Kolkata from the port city of Vishakapatnam. However, in the latest iteration of the Drive to Discover, we step into the wild with the latest member of the Honda family, the Mobilio. The drive flagged off from the Coimbatore and we headed out for an 800 km plus trip to Bangalore. On paper the destination was not too far but the drive was planned keeping few strategic stops in mind. After a hearty breakfast which included the Coimbatore special filter coffee, we headed towards our destination. Our stop for the night was Bandipur tiger reserve. We departed Coimbatore at leisure. The route was quite scenic, more so as we closed in on Ooty. Good roads greeted us with the tea plantations making for a perfect backdrop. The smell of the tea leaves filled the air as we stopped to get a few photographs. 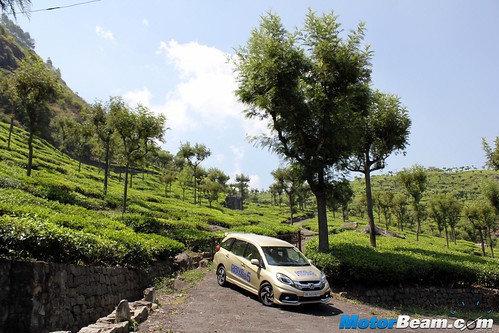 Lunch was served at Ooty and we quickly munched the meal and got right back into the car. The winding roads of Ooty were tricky to navigate and in spite of sitting higher up in the Mobilio, the passengers were quite comfortable. One reason for the comfort was that the body roll is well contained which reduces the instance of motion sickness for passengers. As we left Ooty, the roads just kept getting worse until there were no roads at all. However, in the Mobilio RS things were quite relaxed. We had feared that the body skirt might kiss the ground as it sits lower than the regular Mobilio and the bad roads could pose a problem, but the Mobilio stayed clear of everything. As we entered the Masinagudi Tiger reserve, the progress was even slower. Randomly one would see a deer running across the road and we were careful to ensure we don’t end up hitting any animal. 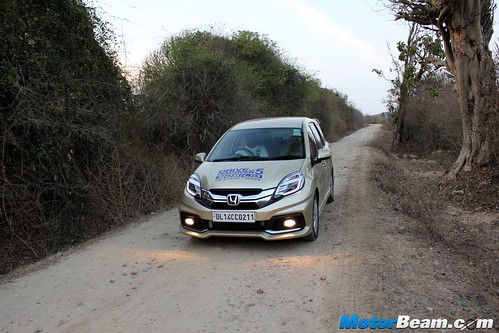 It was sunset by the time we arrived at our destination, a property called ‘The Serai’, situated right in the heart of Bandipur Tiger Reserve. A proper jungle retreat, The Serai was surrounded by electric fencing along its perimeter to ensure wild animals don’t end up inside. The staff, meanwhile, had a lot of stories to tell. Once a herd of wild elephants had broken the fence and ended up at the swimming pool for the want of water. The staff had strictly told us not to step out of the rooms post 10 PM as there were numerous snakes moving around. The sense of adventure was now accompanied by a bit of fear. 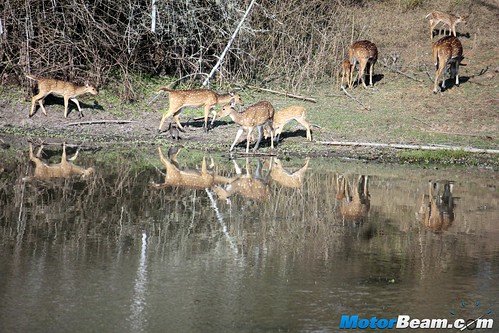 Deer are found in plenty in the Bandipur Tiger Reserve, the big cat, however, eluded us

It was all well the next morning. We were on our feet early as we stepped into the jungle for a safari hoping to catch a glimpse of the wild cat in its own territory. Treading quietly into the ‘Core Area’ in the Government run safari, we did see a lone mongoose, few deers, monkeys, ducks, elephants but the tiger eluded us. Dejected we came back to our hotel and were ready to move towards our next stop, the beautiful district of Coorg. Our wild safari wasn’t over yet. We decided to take the long route to Madekeri via the Nagarhole Tiger Reserve. The roads became narrower as we approached this Tiger Reserve which houses about 18 tigers (meagre as compared to Bandipur Tiger Reserve which is resident to about 88 of them). Chances of spotting the tiger were slim but it was worth the chance. As we entered the Nagarhole Tiger Reserve, the road condition changed from bad to worse, thankfully, it improved as we slowly kept moving. We crossed the national park without much luck and entered Coorg. 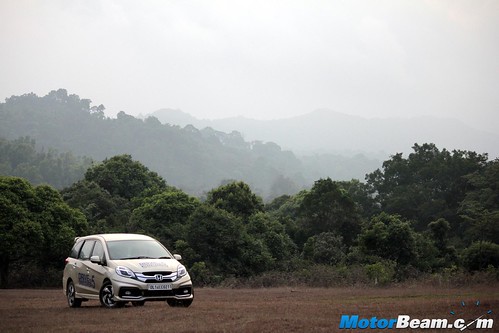 The topography of the place changed quite drastically. Narrow roads with frequent elevation changes, coffee plantations on either sides of the road, mountains in the backdrop, the natural beauty of this place is unmatched and there’s no surprise why it is dubbed as the Scotland of India. The drive to Taj Madekeri was uneventful and we checked-in and retired for the night. Nestled in a proper rainforest like setting, this property ensures that nature is best enjoyed in its purest form. Besides the numerous coffee plantations, others places of interest were the Abbey falls and a Tibetan Buddhist Temple. We explored the local area and departed to Bangalore the next day. The drive to Bangalore included lots of curves and twisties and the last 100 kms was an open high speed run on the Mangalore-Bangalore highway. We dropped the cars at the airport and it seemed to have come to an end too soon. Time flies when you are having fun, right? 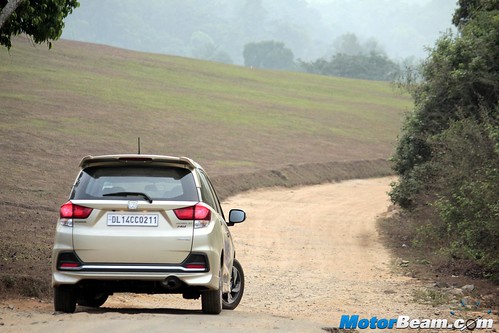 The real star of the entire drive had to be the Honda Mobilio. The entire fleet of 5 cars did this gruesome 800 kms trip without any hiccup. The road conditions were really bad, possibly the worst we have encountered till memory recalls. Besides a couple of punctures, the Mobilio proved to be a hassle free partner in this journey. Our Mobilio RS, though lower due to the body kit, stayed without touching its underbelly. The suspension worked overtime damping out the craters on the road and there were no rattles at the end of it as well. Space is never an issue inside the Mobilio, though we were only two or maximum three people in one car, most of our luggage was comfortably stowed in the last row. The i-DTEC motor is a bit noisy but Honda has been continuously working to improve NVH levels. In fact, the Mobilio happens to be the quietest of the diesel Honda’s in India. 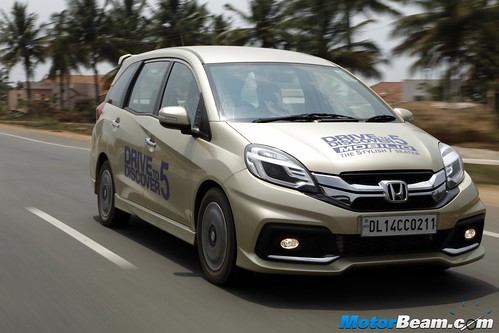 The Mobilio’s power delivery is good. The 100 horses along with 200 Nm of twisting force ensures there is good punch available. The mid0range of the rev band is the strongest while power tends to fade as you hit the rev limiter. The AC worked well in the hot environment and the controls for the rear AC are thoughtfully given right behind the driver, so it can be easily toggled on or off. Honda has equipped the Mobilio with an AVN which was useful for navigation, Bluetooth telephony and audio streaming directly from the phone.

Driving dynamics are sorted and the suspension setup is neither too stiff nor too soft which means the ride is good and the handling is also very predictable as we found out on the twisties. However, one gripe is that Honda has restricted the top speed of this MPV to 140 km/hr. The only time we hit this speed was on our way to Bangalore on the last day. Apparently this has been done in favour of fuel economy as fuel efficiency drops considerably post this speed. Our Mobilio returned around 17-18 km/l on the drive which is good considering the conditions. The Mobilio has proved to be another durable and reliable product from Honda in this season of Drive to Discover.

The Honda Mobilio proved its mettle as another quality product from the Japanese manufacturer in this fun and exciting fifth season of Honda Drive to Discover.