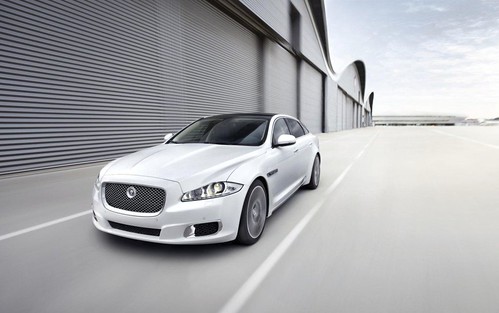 The Jaguar XJ Ultimate is called the pinnacale of the XJ-Series. It has a long list of features which makes it one of the most luxurious cars in its segment. The XJ Ultimate gets executive rear seat package with softer seats, making the vehicle a 4-seater. These seats have massage, lumbar, power adjustment and ventilation functions (20 by 20 adjustment). A leather trimmed centre console has been placed at the rear, which has an aluminum table. This table rises up from the console at the touch of a button. One can keep the iPad’s wireless keyboard on them. 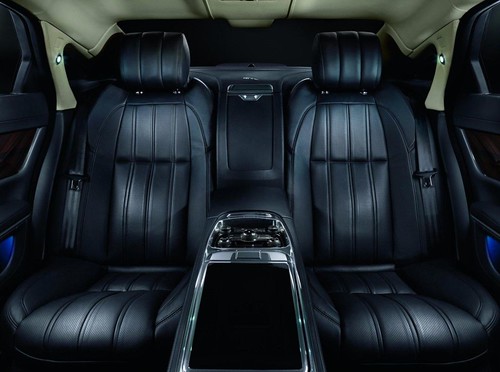 Rear seat passengers also get a customised refrigerator to keep the drinks cool at all times. There is iPad connectivity along with wireless headphones and a 20-speaker Meridian sound system in the XJ Ultimate. A compact touch-screen remote enables passengers to control the entertainment functions. On the outside, the Jaguar XJ Ultimate has minor changes including new 20-inch alloy wheels, stainless steel finished exhaust pipes, chrome air intakes and ULTIMATE badging. The XJ’s aluminium construction lends it a weight saving of 150 kgs.

The Jaguar XJ Ultimate is powered by a 3.0-litre diesel engine and 5.0-litre petrol engine. The 3.0-litre V6 diesel engine produces 275 PS of power and reaches 100 km/hr in 6.4 seconds. The 5.0-litre supercharged V8 petrol engine produces 510 PS of power and 625 Nm of torque, reaching 100 km/hr in 4.9 seconds. All engines are mated to a 6-speed automatic gearbox, having an electronically limited top speed of 250 km/hr. The Jaguar XJ Ultimate is available in white and black colours for the diesel variant and black colour only for the petrol variant.

Royal Enfield is on a product offensive for next 3-4 years. New Royal Enfield model to launch every quarter. Yes you heard that right. The   END_OF_DOCUMENT_TOKEN_TO_BE_REPLACED