The Maxxis Extramaxx tyres impressed us with amazing grip and agility

Most manufacturers nowadays are offering good tyre options as stock. KTM, for example, is offering Maxxis as stock tyres on the Duke 790. After the first ride, I was quite impressed with the grip it offered on the test track. So I started searching for similar tyre options for the Honda CBR250R. I wasn’t able to find any offering from Maxxis just yet. But then as luck calls it, Maxxis got in touch with us and sent us a set of Extramaxx tyres. 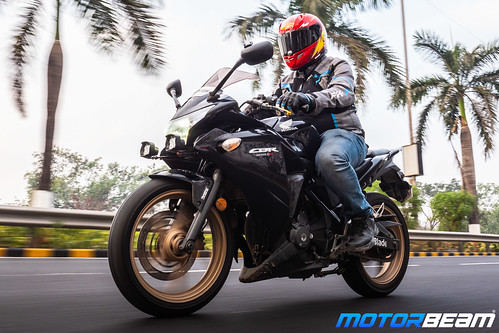 Striaght-line stability from the tyre was pretty impressive

At first, I was a little sceptical with the availability of tyre sizes but then Maxxis confirmed that we are getting the same ones as the stock size for the Honda CBR250R. The sizes being 110/70/17 at the front and 140/70/17 at the rear, as soon as I got them, my initial reaction wasn’t the best as the tread pattern looked rather simple. Normal V-shape treads going across the tyre while the front got a centre cut tread. As I tried to feel the tyre compound, the corners felt soft while the centre was thick and comparatively harder. Just by the first look, I could say that these were long-life tyres. 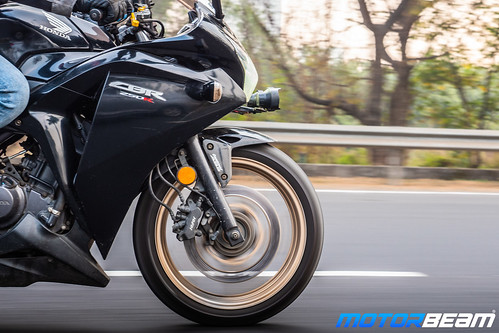 Under hard-braking the feedback was always positive

Long-life tyres don’t really grip well and then I got to thinking that since the tyres on the KTM Duke 790 felt similar but gripped really well I would have to test it my way. In the first week itself, I did a ride to Malshej Ghats and came back impressed. At first, I wasn’t as confident to corner hard but as we were halfway through the ghats the feedback from the tyres was mindblowing. I felt confident braking late and tipping into corners with a tight apex and there was no hesitation from the rubber even once. 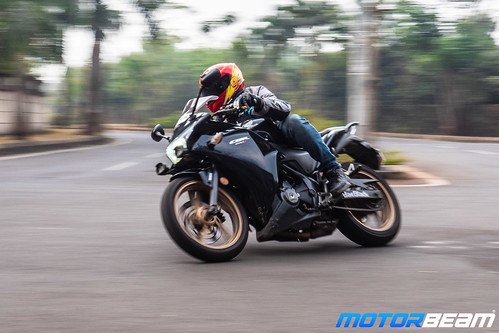 Coming back from such an experience, the old stock tyres never gave me such confidence while riding on the road. I had a crash almost 2 years back on the old stock tyre due to the loss of grip. But the Maxxis Extramaxx tyres were completely opposite, they were very feedback-rich. The bike would actually oversteer rather than giving a hint of losing grip. While all this testing happened on a well-laid tarmac, the next test was to see how well does it perform on daily riding conditions.

Faith In SUVs Getting Restored

News highlights of the day include Mahindra, Eicher, Ola and Delhi Police. Mahindra Scorpio - The popular Indian SUV has been updated with BS6   END_OF_DOCUMENT_TOKEN_TO_BE_REPLACED

Toyota is preparing to launch limited edition Fortuner. We just saw the first spy pictures of the facelifted Toyota Fortuner that gets sharp   END_OF_DOCUMENT_TOKEN_TO_BE_REPLACED