The Porsche Cayenne Turbo is a practical, fun and powerful SUV for any terrain

The world is shifting towards SUVs, even in the premium performance car segment and that trend can be credited to Porsche which was among the first sports car manufacturers to launch an SUV, way back in 2002. Porsche being a maker of fantastic sports cars, did receive criticism but the success of the Cayenne has proved how there was S missing in SUVs and the Stuttgart automaker was the one to inject sportiness in what was otherwise a body type oriented only towards off-road. The latest generation of the Cayenne drops the diesel powerplant altogether but is faster, sportier and more tech-laden. We road test it to tell you why the Porsche Cayenne is one of the best SUVs in the world.

Motor Quest: Launched in 2002, the Cayenne was received well for offering sporty performance with the Porsche DNA. The second generation model was launched in 2011 and last year, Porsche unveiled the third generation of the Cayenne. It shares its MLB Evo platform with the Audi Q7, Bentley Bentayga and Lamborghini Urus. 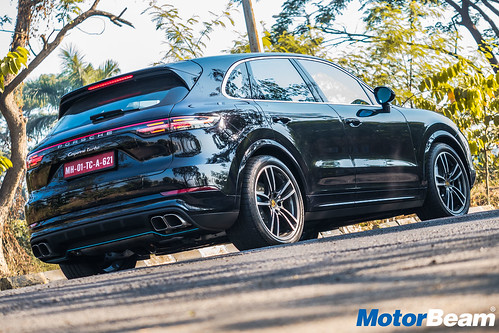 The design of the Cayenne has evolved over the years

Exteriors – You will probably need a magnifying glass to spot the changes in the new Cayenne Turbo over its predecessor. The design is clearly evolutionary than revolutionary and you’ll have to look twice or maybe thrice to spot the changes as they are very subtle but rather effective. Keep the old and the new Cayenne Turbo side by side and it is easy to see that the newer version looks leaner, tighter and cleaner than the older model. The front grille looks neatly integrated and more elegant than before and the headlights look sharper thanks to the 3D effect given to them. 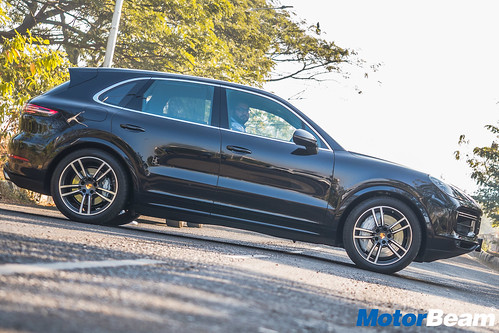 It looks similar to the older generation from certain angles

The Cayenne looks very appealing with many trademark Porsche elements

The sporty alloys look befitting to a car that exudes such performance and we still love how effortlessly the lines merge into the rear. It is at the back where the change is very apparent. The single strip of LED that runs across the boot to either tail-light makes it look like a modern Porsche. The tail-lights also have the 3D effect which looks very cool when lit up. The quad exhausts and the adaptive spoiler on the hatch gives a hint of the power underneath. If that is not enough to tell you about the prowess of the Cayenne, the Turbo badge certainly will.