After the completion of the first race at Kari, it was time to head for the second one within the span of a month. This time the race was organized at the Madras Motor Race Track in Chennai. It was the same race track we had our training and with experience from the first race, everyone was expecting better results. All the participants reached the race track on a bright Friday morning and as the schedule goes, we had to go along with the practice, qualifying and then the main race the next day. 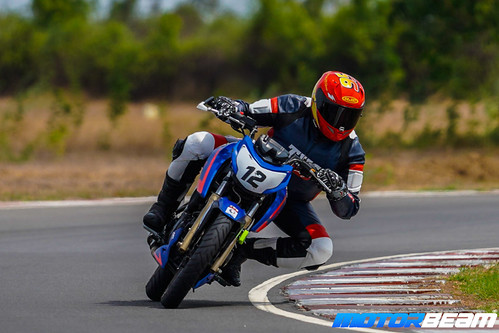 Starting off the practice session calm and steady

The best time I had on MMRT with the Apache 200 during the training was 2:31.62. This time I felt much more confident and I was sure I will be faster. By the time we got to the pits, we were all back to our assigned motorcycles and busy checking them out. I noticed that the tyres were slightly different on all the bikes. They had a new name Protorq Extreme written on them. Well I didn’t bother about it much, got the suspension setup done according to my liking and we all got ready for our practice session. 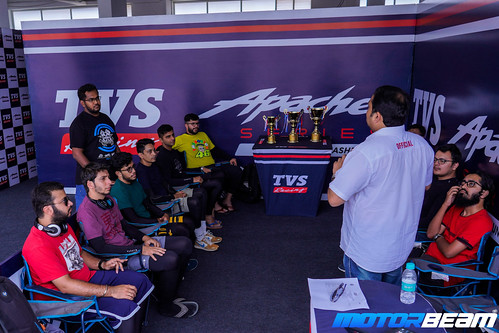 Mr. Amit from FMSCI giving us a quick brief on the safety instructions

The first thing I noticed in the practice session was that the tarmac wasn’t hot enough and yet the tyres would grip really well. After 25 minutes of the session I came back to the pits and to my surprise, my time had gone down to 2:24.72! Almost 6 seconds faster than my time during the training session. Within the next few hours, the other sessions of the FMSCI INMRC were being conducted and the track was warm enough. Just before our lunch, we had the qualifying session for 15 mins. I was expecting a time closer to my practice session but I dropped it by 3 more seconds! I was 2:21.9 for the first time ever. 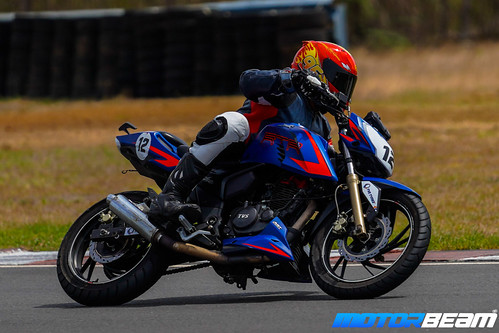 The chicane has been the most trickiest of all the corners

It wasn’t just me that was improving, the competitors too had gotten better. This time around I was 6th on the grid again but at a faster pace. I knew I only had the race start to take on everybody. We completed our day at MMRT and headed back to the hotel where everyone was getting along and we got busy watching the MotoGP qualifying. It was just as exhilarating as our race qualifying. Over dinner, I had a conversation with a few guys participating in the RR 310 cup and got some ideas on how to tackle the first corner and the last chicane of MMRT. 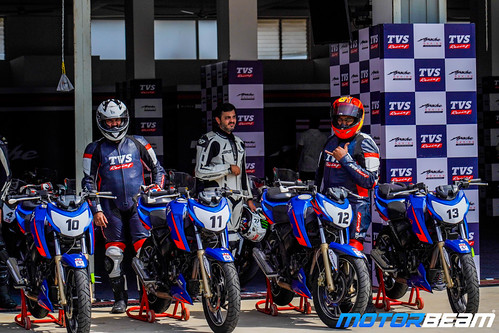 Thumbs up to the hot tarmac and the grippy tyres

The hustle, excitement and competition pump up the adrenaline rush

It was the day of the race and going flat out on the first corner while braking as late as possible and taking the widest possible entry to get a fast corner out was my main motto. With this going in my mind, I didn’t have the best race start and the flock of 5 went ahead while I was trying to catch up to them. By the end of 2nd lap, I was on a lonely 6th place while the rest 5 were busy battling ahead and the rest were almost 2 seconds behind. 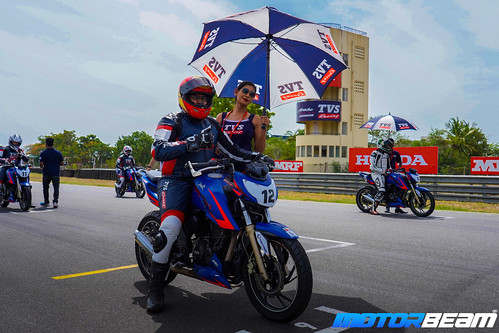 I noticed someone crash ahead of me which meant I was back in the 5th place while the flock of 4 was busy fighting. The race came to an end and I was on the 5th position. To my surprise again, I had dropped another second and my fastest lap time was 2:20.308! I might have not achieved the top contention in the podium but I have definitely improved my time and the way I should ride a motorcycle on the race track. This might not be just as competitive but there has been a good amount of learning from the two races and the training. 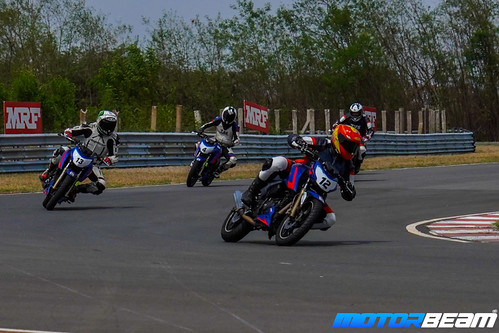 Getting the best line was all that mattered

Motorcycle racing as a sport has been coming up in a very steady form. Although it is taking some time, the foundation and participants have been consistent and strong. FMSCI and TVS Racing along with other racing teams have been putting a lot of efforts to keep this sport alive. The only ask from the competitors is dedication and their time. There have been women who have gotten into racing and TVS organizes a special women’s only race and it’s going on for this whole season. The cost to bear is of the travel and participation fees while TVS is covering for the motorcycle and the gear, FMSCI is there to support the races too! All-in-all I have been a part of this championship and I await the last race of this season now! 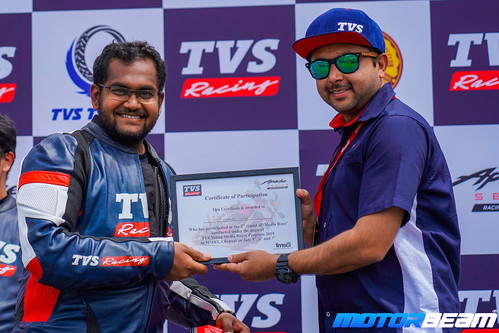