One of the biggest arguments in our office has always been about the Polo GT. We have driven the GT TDI extensively and are very impressed with the entire package. It is quite quick and good fun to drive. On the other hand, the GT TSI is more practical owing to its dual-clutch autobox and still tons of fun but something which we just can’t agree on is which one is better between the GTs. While Faisal and Aariz think the GT TDI is the Polo to have, I strongly believe it is the GT TSI, the ideal hot hatch. Parth is the only person neutral here, because if it was up to him, he would pick one each. 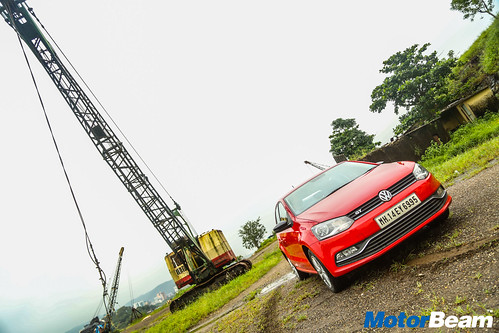 The design is old now but still looks pleasant

The only way to settle this once and for all was to use the GT TSI as our daily drive and figure out for ourselves. We asked the good guys at Volkswagen and they happily sent us one swanky red Polo GT TSI. Externally as well as internally, there is little difference between the GT twins, the major one being the autobox in the TSI while the TDI gets a manual stick. Manual is surely the way to go from an enthusiast’s perspective but I strongly believe practically is also a factor to consider. 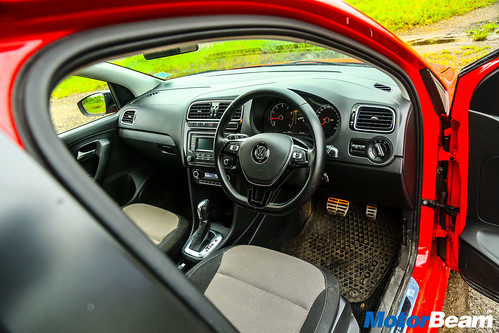 The interiors are neatly laid out with a simple design

If you live in a metro city, traffic woes would be a daily thing for you. Most of us have become immune to the suffering and here is why I think the GT TSI makes more sense for me. VW’s 7-speed DSG transmission on the GT TSI needs no introduction. It is quick and at the same time renders the convenience of an automatic which essentially means you can go to office on weekdays and have fun in the same car over the weekend. So commuting to work was easy, especially in stop-go traffic. Working the clutch in stop-go traffic can be quite an exhausting exercise in manual cars and the TDI has a decently heavy one. 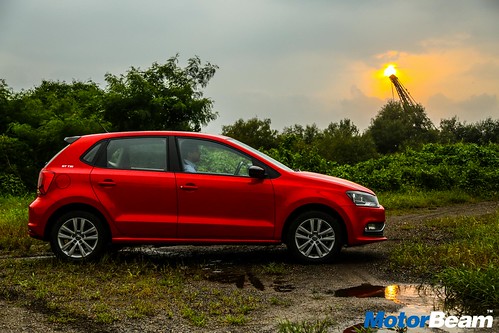 The GT TSI comes with a quick-shifting DSG transmission

The reason one buys a Polo GT is for performance and surely both of them don’t disappoint but the GT TSI shines owing to its gearbox. In fact, the GT TSI clearly has the most advanced transmission in its segment. Testimony to the fact is our Polo GT TSI versus Fiat Punto Abarth drag race. Yes, the Polo GT did finish second to 100 km/hr but the difference was under a second which isn’t too much. At around 140 km/hr, the Polo GT TSI was neck and neck and was clearly ahead at the 170 km/hr mark. The DSG ensures the shifts are quick and lag free. This 1.2-litre turbocharged engine is effortless to drive and delivers a very pleasing aural note at higher revs.

Next Generation Volkswagen Polo To Be A Global Car