The usual life cycle of any car involves a couple of face-lifts before the new model comes in and the old one is gradually phased out. In its mid life now, the Chevrolet Cruze has undergone a change but this is no face lift we are talking about. The car is absolutely identical to the old one. What General Motors has done is plonked an all new 2.0-litre engine in the Chevrolet Cruze. General Motors seems to have hit the nail on the head with this new updated engine and claims to have addressed the issues faced in the previous version such as turbolag, city drive-ability and fuel efficiency. We take the new updated Cruze for a drive and find out what this new motor is all about. 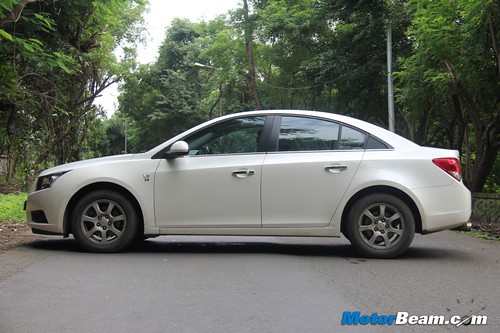 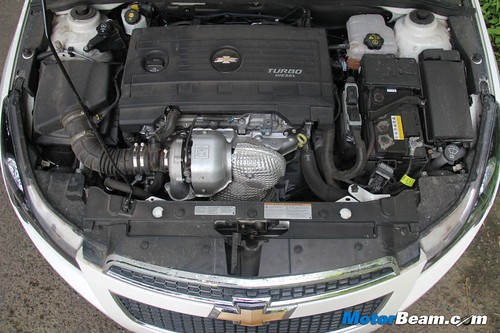 The new 1998 cc VCDi motor (previous engine was 1991 cc) produces 164 BHP of peak power at 3800 RPM, a full 200 revs less than the previous version and a torque of 380 Nm at 2000 RPM (old figures are 327 Nm at 2600 RPM). The turbo now spools up a full 600 RPM before hand with 43 NM of extra torque over the last version and it does not end at that. The change is more than what 7 cc and 15 horses can deliver. While the old engine was running a SOHC (Single Overhead Camshaft), the new engine incorporates a DOHC (Dual Overhead Camshaft) which is now chain driven as opposed to a rubber driven one. 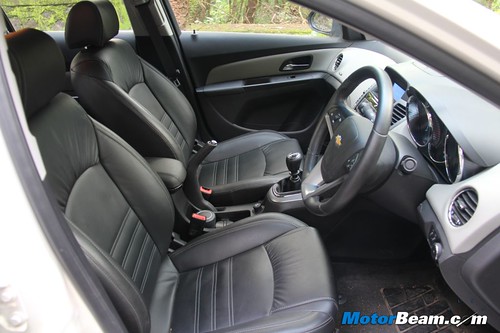 In the previous version, the turbocharger sat way behind in the engine bay resulting in hotter air being sucked by the engine and reducing the engine efficiency, this problem has now been fixed. The air intake has been moved to the front for better breathing and the common rails now work at 1800 bar pressure (previously 1600 bar) to optimise fuel efficiency. GM have also strengthened the engine block to cope up with the increased power and torque figures. This new engine features a dual mass flywheel which helps in improving NVH levels. Overall weight of the Chevrolet Cruze is marginally up by 17 kgs and the suspension has also been tweaked for a better ride. 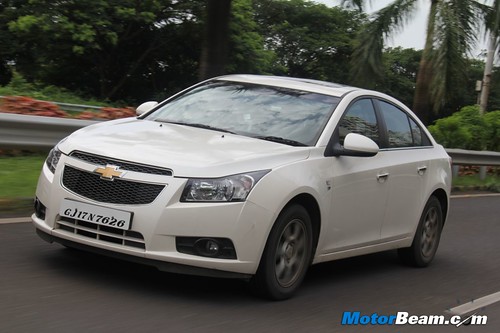 Mated to this engine is a 6-speed gearbox (previously 5-speed) with ratios spaced out to get the best of city and highway driving styles. Amongst other changes, the drivers seat now gets electronic seat adjustment (not for backrest) as opposed to the manual earlier. The black interiors are carried forward and the seating is extremely comfortable. 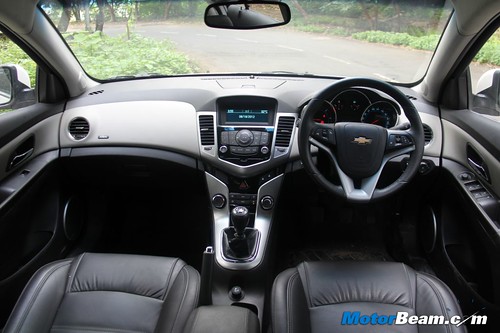 Technical stuff aside, GM has definitely improved the driving dynamics of this car. Though one would expect the new and more powerful engine to clock a faster 0 – 100 km/h timing, the new version is in fact slower, albeit marginally. It does a 0 – 100 km/h run in a little over 10 seconds, which is still a big plus for the performance oriented. Top speed is relatively the same for both the cars at around 200 km/h. The good side is that the Chevrolet Cruze is more drivable, especially in the city. Turbo lag has been reduced thanks to the power and torque coming in at lower revs. It is much easier to drive in bumper to bumper traffic, the previous version suffered massively due to the turbo lag. 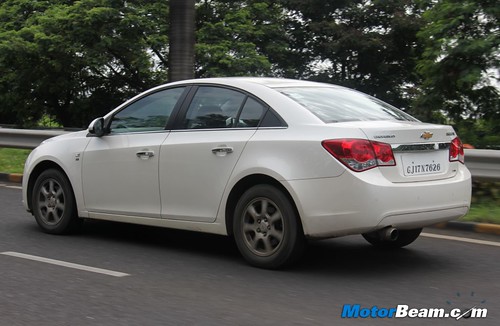 The gear ratios ensure that you need not work the gearbox too much while overtaking on the highway. The engine is extremely refined and NVH levels are great even at high revs. In gear acceleration is improved too and the Chevrolet Cruze will pull out in sixth gear from 2000 RPM without creating a ruckus. There is an overall increase in mileage too. We got 12 km/litre in the city and 16.2 km/litre on the highway. Mileage will tend to drop if you floor the pedal in every gear but its well worth it as the Cruze delivers breathtaking performance. Shift gears at lower revvs and you will be surprised by the mileage. 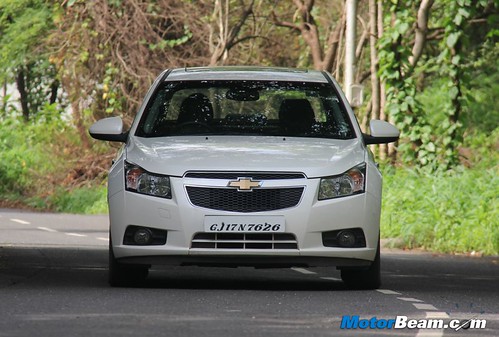 General Motors’ engine upgrade to the Cruze makes it a better driving sedan and has resolved the issues it faced earlier. The Chevy now boasts of improved drive-ability with virtually no turbo lag and also delivers better mileage than its predecessor. In terms of the competition, the Cruze may be lacking over its German rivals (in quality and badge power) but it outdoes the rivals as far as performance is concerned. More importantly, while the older version would struggle, the new Cruze is more alive below 2000 RPM making it a more city friendly car. 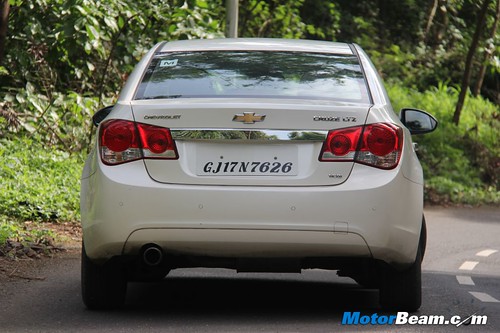 Chevrolet Cruze Gets Mild Updates In India Yet Again