The Honda scooters with HET are not only more efficient, they are more refined too.

Honda has aggressive plans for the Indian market. The Japanese automaker strives to gain the numero uno position in the Indian market and have 50 percent market share by 2020. To win this war, Honda has to win small battles first. One of the tasks was differentiating their engines and product line-up from the ex-partners, Hero. 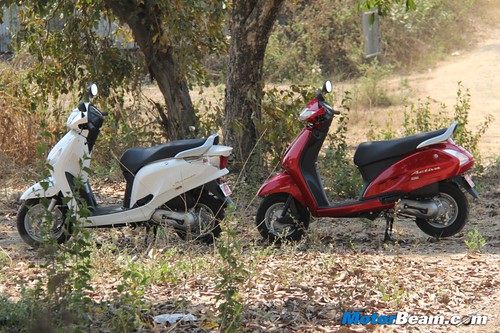 The first product was the Activa, which received the 109cc engine first seen on the Aviator in 2009. The engine was plonked into the Honda Activa and then in the Dio in the year 2012. Honda recently announced that they will launch a new product every quarter. While Honda being Honda, kept its promise and launched the existing scooters and gave Honda Eco Technology (HET) to the engines, which is the work of 200 engineers at the Honda R&D center in newly inaugurated plant at Manesar. All though this may be new to the Indian market, Honda already did update the 125cc scooters in September 2011 for global markets with the same Eco Technology through Tokyo’s R&D centre. We test them to find out how it improves an already loved product.

Honda has redefined the engines and hasn’t changed the styling, instrument cluster, switch gear and dynamics. All the scooters get new color options. Activa gets a new wild purple color, Aviator gets royal gold metallic and Dio gets pearl yellow. 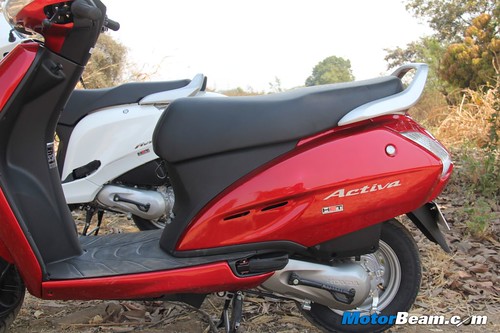 Honda’s scooters are always smooth in almost any weather condition; very comfortable to ride and with linear power delivery, nice torque curve and good gear ratios, they have excellent drivability too. But the scooters never sounded like how a Honda should. The exhaust note in particular sounded un-refined, the fuel efficiency in the city never went above 40 km/l and the scooters despite in top condition never idled for more than 20 seconds. We are delighted to report that the problems which existed are now gone. We tested the Activa and the Aviator. The scooters now idle properly and the exhaust note has very turbine–ish note to it and the fuel efficiency has gone up by a considerable margin too. The Honda Aviator feels slightly sprightlier, may be because the new body panels are slightly lighter and power is made 1000 RPM earlier. 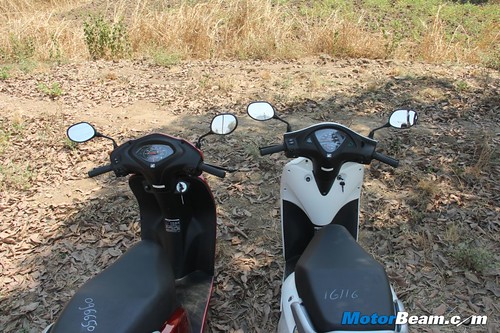 How has this been achieved? Well a host of changes have been done to the engine of the HET equipped Activa and Aviator. The reciprocating parts have been lightened. The bearing oil seal and inlet port are improved and low tension piston rings are adopted for better compression and reduced friction. A nickel plated spark plug has been adopted for efficient combustion and the transmission has been tweaked with wider ratios. The main contribution to reduced friction in the engine is the newly adopted offset crank position which significantly improves combustion and reliability and this system does increase the power and torque figures as well. But then, Honda’s aim was to improve efficiency as much as possible while keeping the power and torque numbers same. 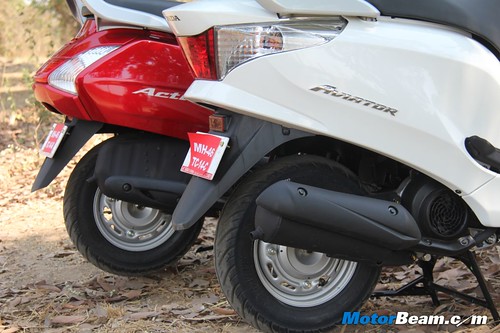 Playing with the crankshaft has its advantages, the most significant change is to the throttle response of the Activa and Aviator, it’s way crisper than before and inputs from the rider are instantly met with, which makes it fun every time you twist the wrist. NVH levels are excellent and better than before, all though we did encounter very little vibrations on the foot board at higher speeds. Mileage has improved as well and one can expect 45 km/l in the city, making HET powered scooters among the most fuel efficient in the 110cc segment. 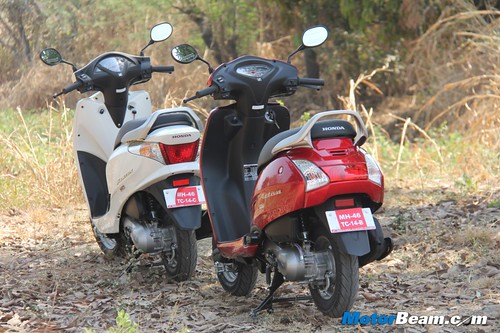 Summing it up then, this was a much needed upgrade to the existing line-up for several reasons, but then Honda being a major player in scooter segment needs to redefine the entire portfolio with new and 125cc scooters, as arch rival Yamaha have recently announced that they will enter the 125cc segment. While Hero MotoCorp is increasing their scooter production and Suzuki is already doing good with their cranky 125cc machines, we will wait and see if Honda’s “Dreams” to achieve more market share comes true.