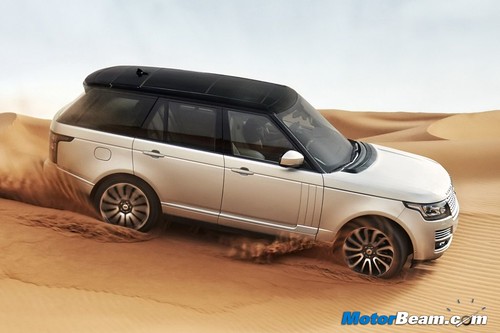 Land Rover has officially released pictures and details of the all new Range Rover. The 2013 Range Rover is in its fourth generation and is a huge step up from the old model. The L405 Range Rover features an aluminum monocoque body, which results in 39% weight savings over the steel body construction found the old model. Thus the new Range Rover is lighter by 420 kgs compared to its predecessor. This results in better handling, mileage and reduced emissions, without any reduction in the vehicle size. The new Range Rover features a completely re-engineered four-corner air suspension which ensures the ride quality remains as good as ever.

Other than the major changes underneath, the 2013 Range Rover gets lots of influence from the baby Evoque. The exteriors and interiors both have influenced from the Evoque and the exterior styling is evolutionary. The new Range Rover is very similar in overall styling but now features added detailing to the headlights and body. On the inside, there is a sea of change. The dashboard has clearly taken massive cues from the Evoque. The center console is very similar to the Evoque and the LCD display is almost similar too. The top of the Evoque’s dashboard is sloping while its flat in the new Range Rover. The wheelbase has increase by 118 mm, which will result in improved legroom for rear passengers. The company wlill also offer two-seat Executive Class seating package, which they claim would be the ultimate in rear luxury.

The 2013 Range Rover also sees the debut of the next generation Terrain Response system, which automatically selects the terrain for the vehicle based on the driving conditions. Power will come in from a 5.0-litre supercharged V8 petrol, 3.0-litre TDV6 diesel and 4.4-litre SDV8 diesel engines. These engines will be mated to a 8-speed ZF automatic gearbox. The new Range Rover has been tested for 18 months across 20 countries and will be sold across 160 countries across the globe.

Land Rover will officially unveil the 2013 Range Rover to the public at the upcoming Paris Motor Show next month. The new Range Rover will see an India debut by November 2012. The vehicle features a new platform (D4u) which will also show up in other Land Rover vehicles in the future. Land Rover’s next big launch is the all new Range Rover Sport (codenamed L494), which is expected to debut at the 2013 Geneva Motor Show. 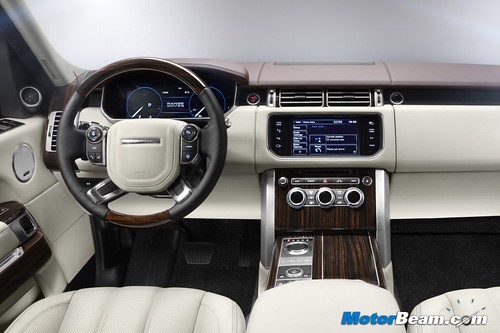 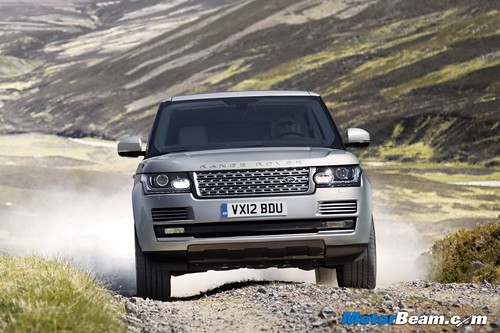 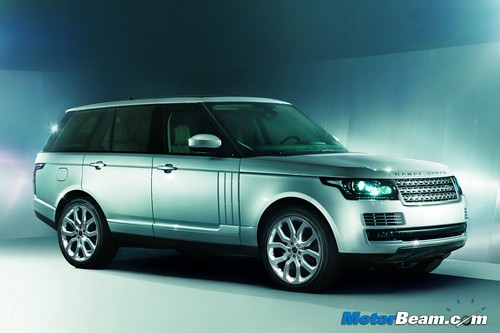 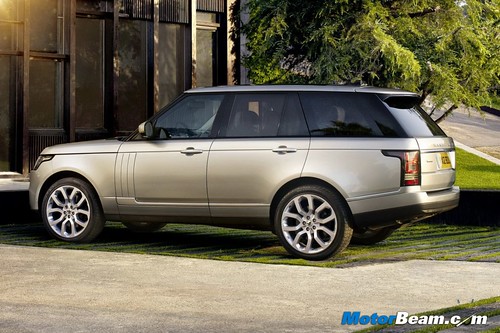 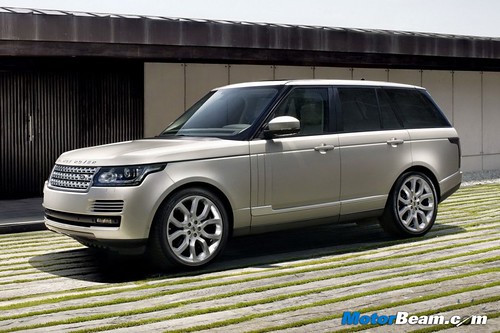 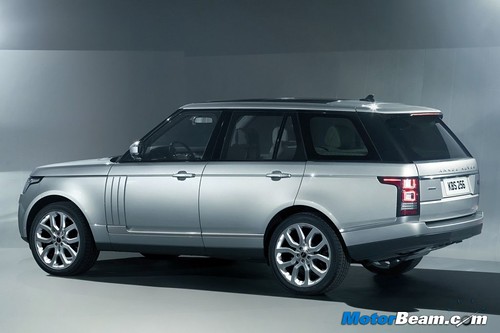