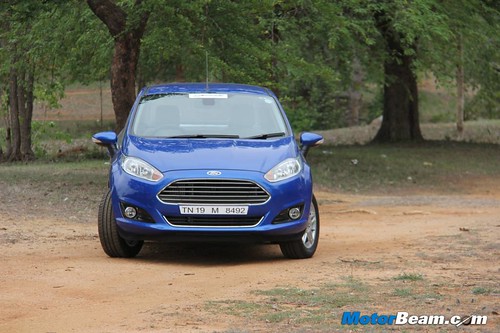 After showcasing it at the 2014 Auto Expo earlier this year, Ford has officially launched the 2014 Fiesta facelift priced from Rs. 7.69 lakhs (ex-showroom, Delhi) in the country with exterior and interior upgrades along with new and improved gadgetry. While the earlier model was available with 1.5-litre petrol and diesel engine options, the Fiesta facelift will only be available with the potent 1.5-litre Duratorq TDCi diesel engine, offered in three trims namely Ambiente, Trend and Titanium.

Exterior upgrades on the 2014 Ford Fiesta include the new Aston Martin-like trapezoidal front grille that gives the C-segment sedan a premium appearance. The wraparound headlights have been reworked to look sleeker, while the front hood has been mildly tweaked. The side profile gets minimalistic changes, but now sports a new alloy wheel design. The rear has been majorly reworked and loses the bulbous look. The tail lights have been rearranged and get added cuts on the boot-lid. The revised bumper gets redesigned reflectors and a black under lip has also been added for a sportier look.

On the inside, the cabin remains largely the same; but gets a host of new features to boast about. The 2014 Fiesta is the first vehicle in India from Ford to feature SYNC with Ford AppLink. The in-car connectivity system allows the owner to safely and conveniently access their favourite smartphone applications through voice commands. The Fiesta also gets MapMyIndia, ESPN Cricinfo and Glympse apps preloaded into the system that help owners to access information about the nearest restaurants, food destinations, cricket scores and so on.

In terms of powertrain, the 1.5-litre Duratorq TDCi diesel motor produces 89 BHP of power and 204 Nm of torque, paired to a 5-speed manual transmission. The Fiesta comes with an array of features inclusive of Electric Power Assisted Steering (EPAS) with Pull-Drift Compensation, rain sensing wipers, automatic headlights, rear parking sensors and much more. In terms of safety, the sedan gets a driver side airbag and ABS as standard on all variants, while the top end variant comes the Emergency Assistance via the SYNC feature that will connect to the emergency service in case of an accident.

Keeping up with Ford India’s plan to reduce the cost of ownership on all of its cars, the company assures affordable spares, lower service cost and repair charges with the 2014 Fiesta. The 2014 Ford Fiesta will be competing with the likes of the Honda City, Hyundai Verna, Volkswagen Vento and Skoda Rapid in the segment. While the outgoing model could not make a significant impact in terms of sales, Ford is optimistic that the 2014 version will be far more compelling for buyers compared to competition. 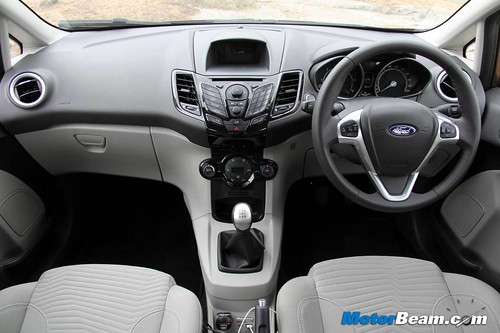 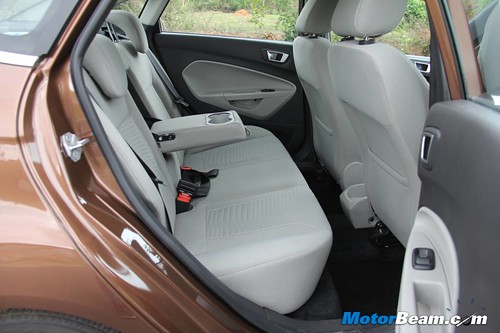 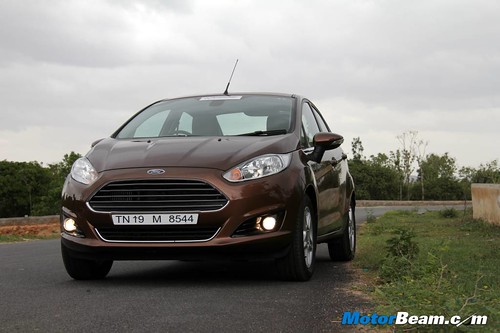 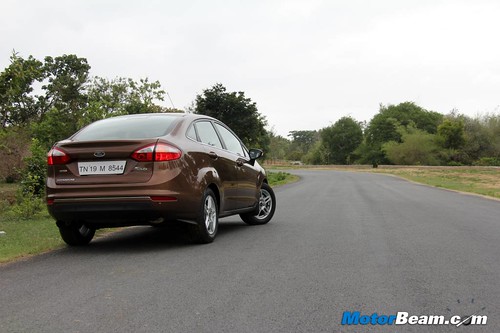