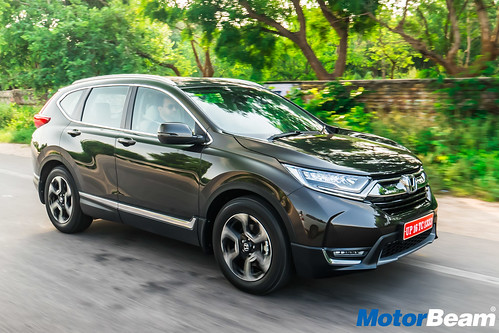 Performance – The CR-V comes with both petrol and diesel engine options. The gasoline powered 2.0-litre i-VTEC engine churns 154 PS of power at 6500 RPM and 189 NM torque at 4300 RPM. This is mated to a CVT transmission. This engine channels power to the front wheels and returns 14.4 km/l as per ARAI standards. This engine will be the engine of choice for the niche crowd who prefers refinement over anything else. Power delivery is linear but the punch lies in the mid and high end of the rev band. However, being a CVT, there is considerable rubber band effect. 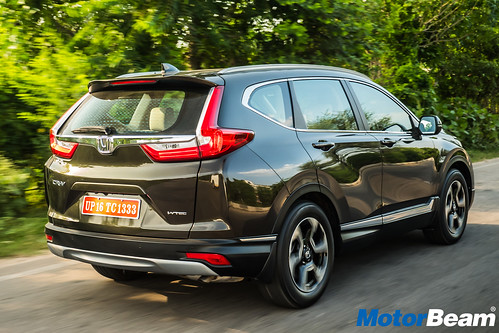 The petrol engine gets only 2WD

The 1.6-litre diesel engine offers a blend of driveability & efficiency

For the first time in India, the CR-V will get an all-new 1.6-litre diesel engine. This engine produces 120 PS of power at 4000 RPM and 300 Nm of twisting force at 2000 RPM. The diesel variant will be available in both 2WD & 4WD formats. Mated to this engine is a brand new 9-speed automatic transmission which shines both at low and high speeds. The lower ratios assist in a quick and powerful launch while the higher ratios reduce the engine speed while cruising returning best in class ARAI fuel efficiency figures of 19.5 km/l for the 2WD and 18.3 km/l for the 4WD variant. Low end is punchy and performance is very linear but it feels a tad sluggish when you floor the throttle on the highway. However, 120 PS is rather a low power figure compared to what the competition offers in the segment. NVH levels are exceptional in both the petrol and diesel variants. Not only has refinement improved, even the cabin quietness has gone up. 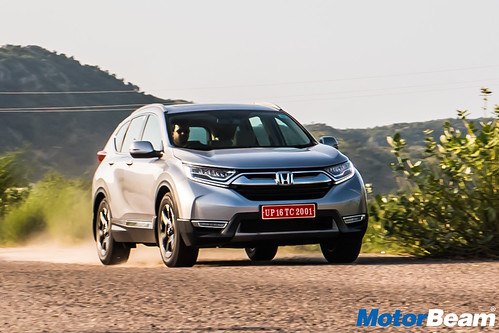 The CR-V has been tuned for ease of use

Driving Dynamics – The CR-V is an urban SUV hence the steering has been tuned towards comfort. Therefore it is light at slow speeds but weighs up well at high speeds. In the city this a boon as the light steering makes manoeuvrability easy. Still this EPS doesn’t offer the feel and feedback you would like at high speeds. Body-roll is well contained and this SUV feels well planted at high speeds. The rigid chassis improves the handling characteristics at high speeds but it is not meant for corner craving. 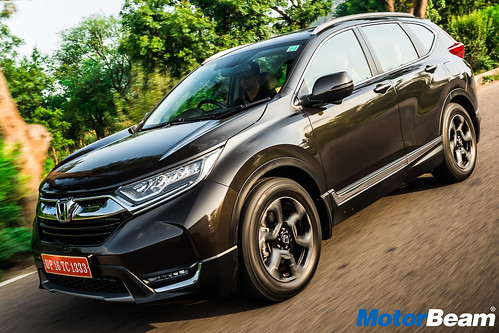 Ride quality has seen an improvement over the previous generation. The cabin is well insulated from undulating surfaces at both high and low speeds. Low speed ride is much better and the rear passengers had good things to say about the ride dynamics. The real time AWD channels power to the rear wheels when it detects low traction, else for most of the times, this SUV drives from the front wheels. The brakes render good bite and stopping power.