Porsche is popular world over for creating quality cars that excel on the driving front. Their sports cars are legendary and their practical counterparts like the Panamera and the Cayenne don’t compromise much on the sporting pretensions. In India, the car brand needs more convincing. Porsche appeals to a select few for their cars are expensive with respect to the competition and often the rivals come across as more practical offerings. Porsche wants to change that a bit with the new Macan. The facelifted model sees cosmetic changes, a new engine and a drop in price. Porsche also says that they are attracting a more youthful audience with the new Macan. Will the brand be successful in their mission? We find out.

Motor Quest: Porsche is one of the most iconic names in the car business thanks to its legacy of creating some of the best sports cars in the world. In 2002, Porsche made the world sit back and take notice when they launched the Cayenne SUV. The SUV body style and controversial design raised many eyebrows. But the Cayenne quickly became the best selling car ever from Porsche and it showed there was a market for sporty high riders. Porsche’s second attempt came in 2013 with the Macan. A smaller and less powerful alternative to the Cayenne, the Macan saw great success globally and won numerous acclaims. It came to India in 2014 but did not see a very large audience because of its high price and relatively small size. 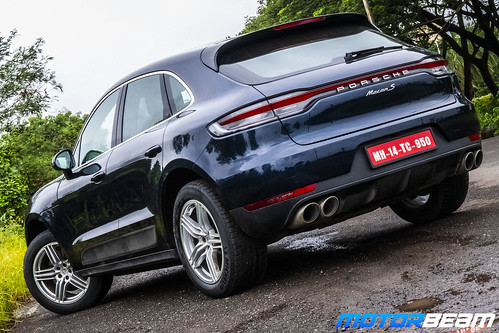 Exteriors – This is a typical mid-cycle facelift in the sense that the changes are minor and barely noticeable. The design has a sporting flair with an expansive lower-placed grille and headlights housed on the bonnet. The contoured bonnet and Porsche’s signature four-dot for the DRLs add appeal. It does look a bit similar to the bigger Cayenne but with the lower ride height, you can make out it is a Macan without much difficulty. 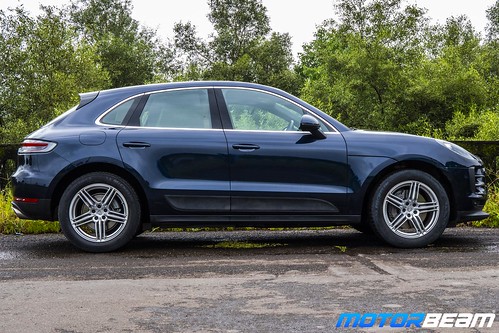 The side profile is smaller than what one is accustomed to seeing in this segment of SUVs. The Macan is considerably shorter and much more compact than cars like the BMW X5 or the Range Rover Sport. It misses that imposing presence SUVs ought to deliver but the athletic design will find many appreciators. The proportions are tight, the wheels sit well with the body and there aren’t too many lines or creases hinting at the focussed approach of the design. The rear sees more noticeable changes like the new continuous band for the tail lights which also makes a place for the ‘Porsche’ inscription. Of course, the tail lights have the ‘3D’ effect with the headlight-like four-dot setup within them.

Macan Gets 2.0-Litre Engine As Porsche Sways Towards Even More Profits