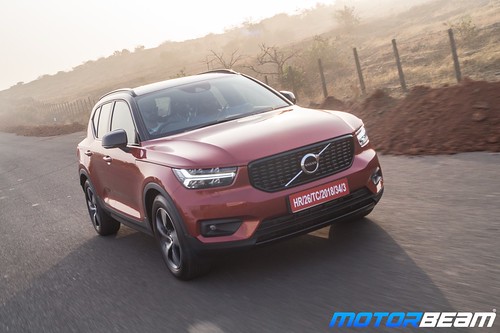 The petrol variant comes with a FWD layout only

Performance – The Volvo XC40 gets a 2.0-litre, 4-cylinder petrol engine which gives out 190 HP and 300 Nm. This engine comes with an 8-speed automatic gearbox and it is BS6 compliant. Now, this engine is quite refined and silent when the car is idling or being driven at low RPMs but when the revs increase, the engine starts getting noisier and it even feels a bit rough towards the higher end of the RPM spectrum. 190 HP sounds good on paper but this engine doesn’t really offer the kind of punch that an enthusiast would want and it instead offers very linear power delivery. 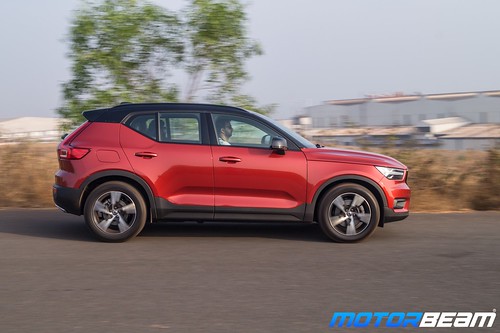 Lower down, you do feel a fair amount of lag because the turbo kicks in only at around 2500 RPM after which there is a mild surge in power all the way to the 6000 RPM redline. The engine doesn’t really go ballistic and the throttle response is also relaxed. A lot of this has to do with the transmission which is smooth but also very lazy when it comes to shifts and it takes its sweet own time to upshift or downshift. Overtaking other vehicles on the highway isn’t difficult at all though and the XC40 does manage to up its pace rather briskly. There’s no S mode either but you do get paddle-shifters, however they do not help much. You can expect the fuel efficiency to hover between 7-10 km/l. 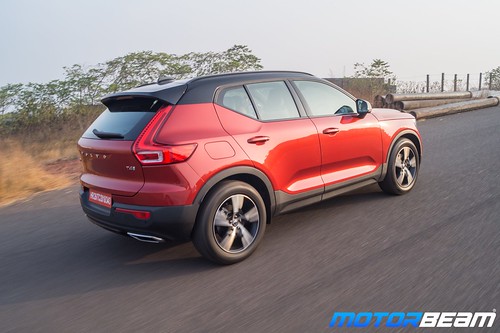 The Volvo XC40 offers different driving modes like Eco, Comfort, Dynamic, Off-Road and Individual. These modes tweak the throttle response largely and we felt that that the Comfort mode feels best-suited to this car because it offers very relaxed driveability. Dynamic mode does offer a sharper throttle response and even the gearbox holds onto gears for much longer so we’d recommend using this mode when you’re willing to drive rather engagingly. Unlike the diesel variant which had AWD, the petrol variant is offered in only a front-wheel-drive layout. 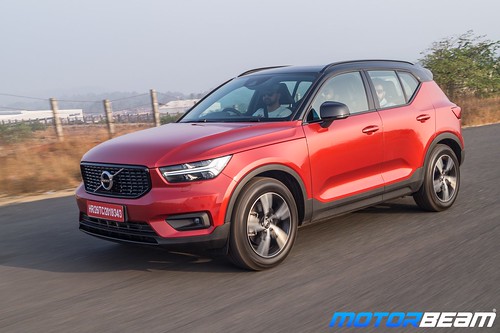 Driving Dynamics – The Volvo XC40 comes with a light steering that weighs up very nicely as the digits on the speedometer keep increasing. Feedback offered is decent too but this SUV isn’t a very agile handler and it likes taking things easy. You will be disappointed if you’re looking to have some serious fun behind the wheel because this car will let you down. But, if you’re looking to have a relaxed and comfortable drive listening to some nice music on the awesome Harman Kardon system, you’ll be pleasantly surprised. This car is tuned more for luxury and comfort and less for driving fun. 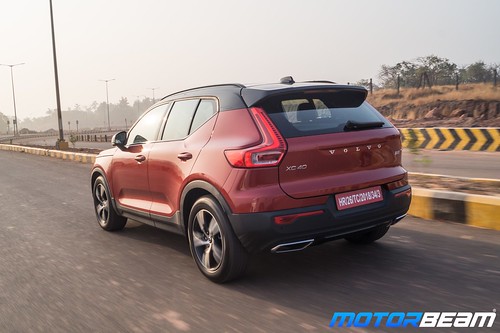 The XC40 can’t do off-roading because the petrol variant is a FWD but it still gets an off-road mode which just lightens the steering and activates Hill Descent Control. That’s it! But then again most buyers in this segment barely take their car off the road so it doesn’t really matter. The R-Design comes with higher torsional rigidity than the other variants and thus offers a stiffer suspension setup. Ride quality is fabulous at high speeds but at city speeds it does feel bumpy. Thankfully, the insulation and NVH levels are so good that most undulations and bumps get filtered out very nicely. The brake pedal also offers a good feel and the stopping power is progressive.