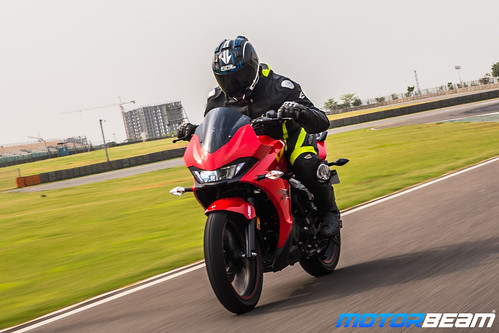 No changes have been made to the engine, has a very flat torque

Performance – As the Xtreme 200S and 200R share the exact same engine, there is no difference in power and throttle response. We expected that the Xtreme 200S would at least get fuel-injection but it does its job with the same carb unit. Power delivery isn’t strong but this engine has a very linear torque delivery throughout the rev-range and it does feel bogged down when pushed to its limit. Although the fairing helps quite a bit as the Xtreme 200S is able to attain a slightly better top speed. In this case, the vibrations which can be felt on the footpegs and the handlebars increase and get conveyed via the fairing too. The performance department has had no changes at all. 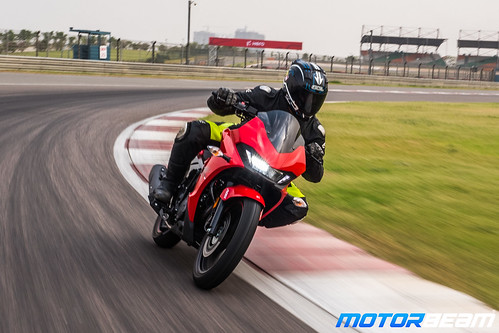 Very comfortable dynamics, more suited to the road than the track

Riding Dynamics – As the ergonomics are same, the riding dynamics are also the same and the total increase in weight is just 1 kg which is at the front. The weight difference doesn’t really bother the dynamics as the bike leans well and holds the line similar to its naked sibling. The suspension setup is the same and it feels slightly hard, however, well suited for the track. The tyres come from MRF and they are also the same set we have seen on the 200R. They grip decently well but take some time to warm up. Braking performance is likeable and the feedback is also quite good. It gets the same single-channel ABS unit from the 200R and it is not switchable. Overall, riding the 200S feels sportier because of the fairing but apart from that, it feels exactly the same as the 200R. 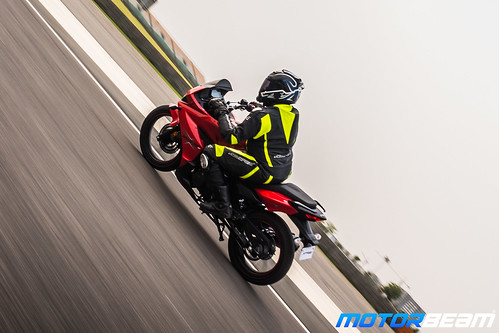 For the price, it’s a very appealing package

Verdict – A little bit of track time and some moments spent with the bike, I can tell Hero is set to cater the mass market with different motorcycles which have the exact same performance. The Xtreme 200R and the 200S aren’t different but the addition of the fairing makes it very appealing. The Xtreme 200S is for someone in the market looking out for a fully-faired commuter for the looks and does not really want a very powerful motorcycle. Good enough to get the job done and carry a style statement along! 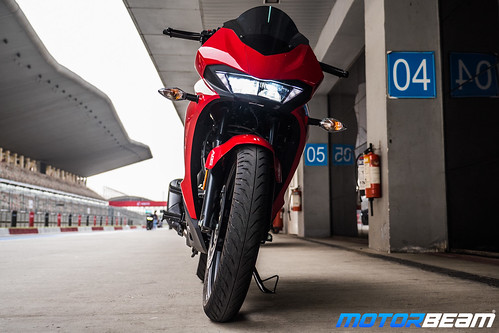 Styling may be subjective, but it does have some road presence

* Priced very attractively
* Feedback from the brakes is likeable
* Ergonomics and dynamics are very comfortable
* Looks brilliant, has the pedigree to turn a lot of heads

The Hero Xtreme 200S is a faired sibling to the Xtreme 200R. While it carries all the underpinnings from the 200R it does come off as a fresher motorcycle. New parts like a complete fairing, LED headlight unit and a fully digital instrument cluster make this motorcycle very appealing. The performance figures stay the same and so does the riding dynamics but with the new looks the Xtreme now looks very appealing.

News highlights of the day include Triumph, Ola, Royal Enfield and Skoda. Triumph - The premium British bike maker is about to launch the Tiger   END_OF_DOCUMENT_TOKEN_TO_BE_REPLACED

Royal Enfield has developed new 350cc platform for future bikes. The coronavirus has let down the auto industry and the buyer sentiment.   END_OF_DOCUMENT_TOKEN_TO_BE_REPLACED

RE to bridge the gap between 350cc and 650cc motorcycles. Royal Enfield is the mid-size king in the domestic market. Their 350cc bikes are   END_OF_DOCUMENT_TOKEN_TO_BE_REPLACED