The Honda Activa 125 impresses thoroughly with its power, mileage and range of goodies

Right from 2000, Honda’s first scooter in India, the Activa has dominated the segment, at times also beating Hero’s good old Splendor in sales. Since then, it has remained the sole choice of commuters from all strata irrespective of gender or age. In the mid of 2014, Honda launched a more powerful version of the Activa, the Activa 125. The much awaited scooter got rave reviews and also won our 125cc comparison test which had the very expensive Piaggio Vespa S also involved in the dirt fight. It was about the mid-end of November and the Honda Activa 125 joined our long term fleet. 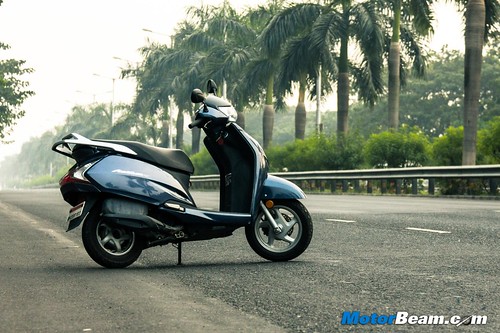 The new Activa has given Honda a good push with the company finally offering a more powerful 125cc engine in its scooter lineup. We have clocked more than a 1000 kms on the scooter and our initial impressions are quite positive. As far as the styling goes, the Activa 125 isn’t much of a head turner as few of its design cues are taken from its sibling, the Aviator and not so surprisingly, rest of it resembles the Hero Maestro (the 110cc Activa’s cousin). The front chrome, telescopic forks, front disc brake and the 5-spoke alloys have been taken from the Aviator. Whereas if we consider the body panels, the grab-rail and both the headlamp and tail-lamp make the scooter look just like the Hero Maestro with some tweaks in the styling. 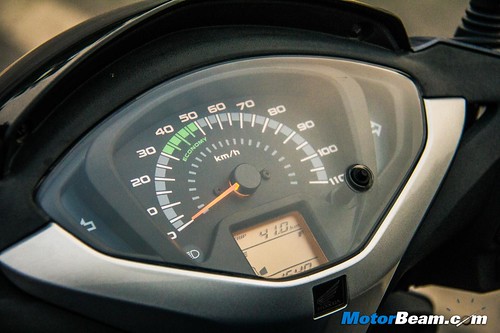 Even in day time, the wide console’s LCD display shows every detail properly

As the Honda Activa 125 resembles the Hero Maestro, the seats and handlebar position is just the same. The semi-digital instrument cluster features a new addition in the form of a digital LCD panel which displays the fuel gauge, a trip meter and the odometer. Just between the cluster and the headlamp, there is a black tinted visor which resembles the Maestro but over here it’s round and curvy. The headlamp for the first time features a pilot lamp, a much needed update. The switchgear remains the same like other Honda scooters and there is no good change in the quality either. A unique change though, the Activa 125 is the only scooter with a speedo sensor put up onto the rear wheel. 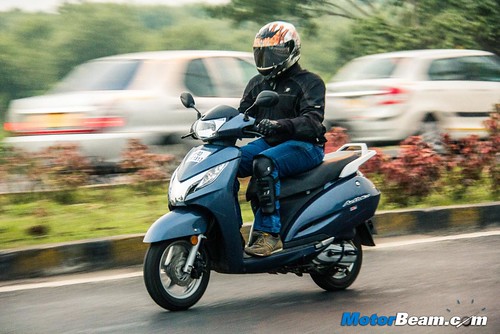 Stable on the highways and quick in traffic, the Activa 125 rides really well

As most of the design elements are round and curvy, this gives the Honda feel, as everything flows smoothly. The legroom is more than the Activa 110 and if we put up a storage box ahead, there is still ample amount of space left to move ones legs around. Even tall people have no issues over here. The handlebar is upright and a bit higher than the regular Activa so seating posture stays upright for all kinds of people. The scooter gives a total commuter feel. 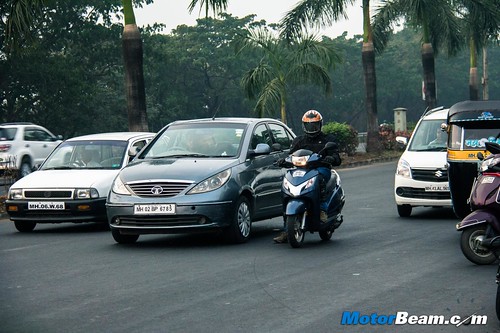 The riding comfort of the Activa 125 is way beyond words. The telescopic suspension at the front and the one-sided rear suspension give good comfort, yet the ride is on the stiffer side. City manoeuvrability is amazing and the stability on the highway is just astonishing. The scooter pulls decently up to the economy range and once post 50 km/hr, the power of the 125cc mill kicks in. With an extra 0.6 BHP and 1.5 Nm of torque (compared to the Activa 110), the Activa 125 does feel peppy while weighing the same. Our long term scooter returned us about 52 km/l on the highway and similarly 50 km/l in light city traffic riding and these km/l figures are very well justified, the scooter using Honda’s HET system. 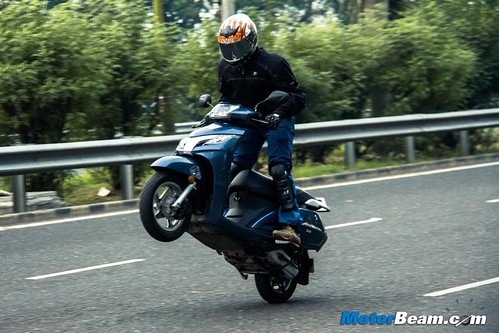 With good power comes some responsibilities too, and this statement is very well worked upon with the front disc brake option in the DLX variant. The Activa 125 also gets an added safety feature called Combined Braking System (CBS), the one which is developed by Honda for most of its scooters and motorcycles. The CBS with the front disc brake gives the scooter the best braking along with confident stopping power. 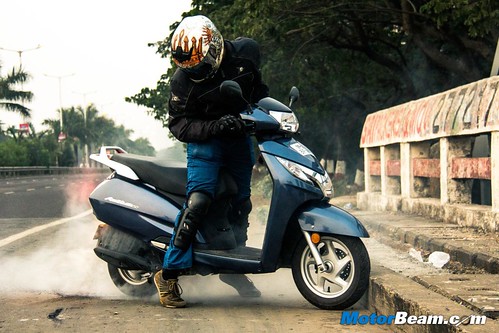 Comfort, power and efficiency, the Honda Activa 125 has it all

The Honda Activa 125 slogan says ‘Step Up’ and the scooter actually justifies it. This vehicle is just amazing to ride and taking it around the city and on the highways is sheer fun. Immediate power when needed, confidence while braking and with the hardware available on-board, the Activa 125 becomes the pick of the lot. The price of this scooter is about Rs. 10,000/- more than the regular Activa, yet with a good customer base and the amount of features available, we expect good sales for the Activa 125, provided Honda can deliver quickly. We are keen to cover more kms on the Activa 125 and see what more this scooter has to offer.