Growing its 500cc motorcycle family, Honda has unveiled the CB500X Adventure motorcycle, which is powered by the 500cc, DOHC, parallel-twin motor from the CBR500R and CB500F. This liquid-cooled engine produces around 50 HP of power and is targeted towards sport touring. Thus the Honda CB500X has a wide handlerbar, taller seat and a fuel tank which makes it easier for the rider to move. A fuel tank capacity of 15.5-litres is offered on the CB500X which is similar to its siblings.

The suspension system and tyres are same as the other two 500cc bikes which Honda unveiled along with the CB500X. Thus front forks, rear monoshock, 120 section front tyres and 160 section rear tyres are offered on the Honda CB500X. This motorcycle is the heaviest of the 500cc trio, weighing 195 kgs. It is offered in just one color – matte black metallic and will go on sale in the States by April next year. Honda hasn’t announced the pricing of the CB500X yet.

In typical Honda fashion, the CB500X also gets optional ABS just like its siblings. The windscreen is adjustable and the instrument cluster is completely digital. Bikes like the CB500X are not very popular in India, even though our roads call for an adventure motorcycle. Honda is unlikely to offer the CB500X in the Indian market. We speculate the pricing of the CB500X will start around $5000 in the US, with the ABS version be priced at a $500 premium. 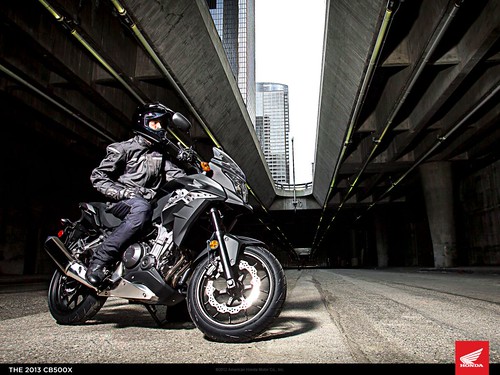 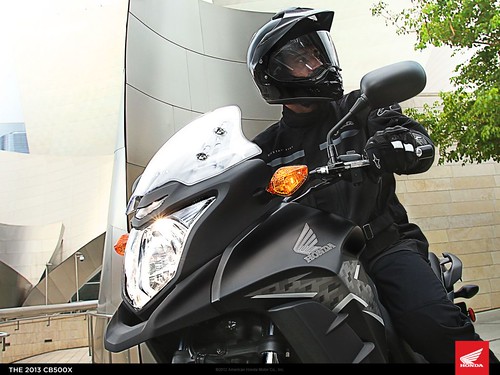 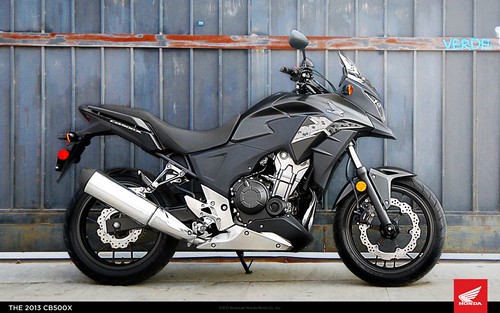 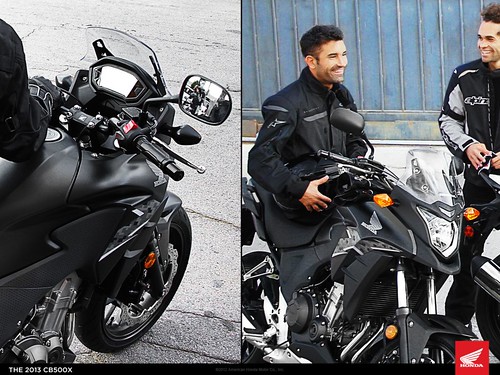