Premium hatchbacks have caught a strong foothold in India. Things were different a few years back when the mentality that a hatchback is nothing but a small car was prevalent in India. This of course bit the Honda Jazz badly when it was first launched in second generation guise in 2009. Honda did give it a massive price correction and a facelift in 2011 but that did not help matters much because the market was shifting to diesel models. With the third generation Jazz, the mini-MPV from Honda gets an oil burner but due to its high price (and less equipment when compared to rivals), hasn’t been the winner in premium hatch shootouts. But things are a bit different when you live with this Honda. 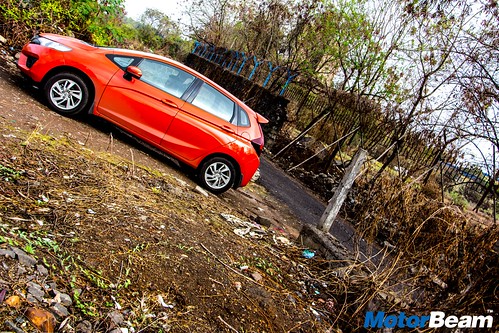 The Jazz’ MPV like proportions isn’t love at first sight

Since the time the Honda Jazz joined our fleet, we are seeing a lot of it on the road, including the previous generation model. One thing which stays true to the Jazz is the design as the latest model is an evolution of its predecessor in terms of appearance, the mini MPV like look might not attract everybody but surely grows on you with time. Our test car’s orange colour does look eye catchy but there isn’t just one colour which Honda Jazz buyers prefer as we are seeing almost all shades of the car on the road. 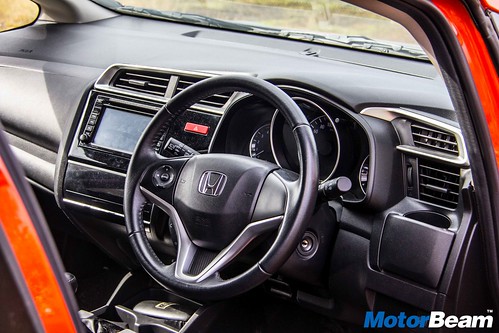 The interior of the Honda Jazz is what really makes it such a practical car. There is just acres of space on the inside and the flexi-luggage options are such a boon. Our test car is the top of the line VX trim which gets Magic Seats, so carrying plants or a cycle is no hassle at all for what is a hatchback and not an SUV. But that’s not all, the front seat reclines all the way down to join the rear seat, making it a bed of sorts for relaxing in the car or taking a quick nap, another boon during long travels. These thoughtful touches amplify the convenience of living with the Jazz ten folds although keyless go and push button start should have been there, and auto locking doors too. 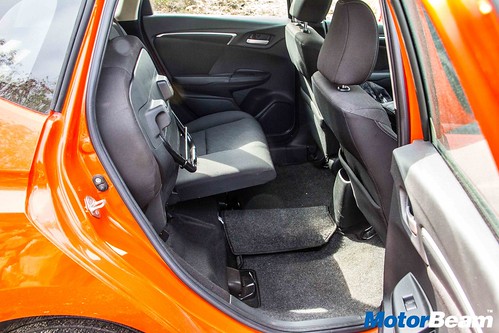 The Honda Jazz VX gets a touch-screen infotainment system with all kinds of connectivity, the system though isn’t befitting a car that costs upwards of Rs. 10 lakhs. First is the irritating pop up warning on the screen which you have to agree to and more times than not, it won’t click. The touch interface is pretty bad, the UI is below average and Bluetooth audio doesn’t work most of the times. Most people have told me to shut Bluetooth and talk on speaker when I called them from the car because there is a lot of echo. If the Jazz needs one immediate change, it’s the infotainment system. 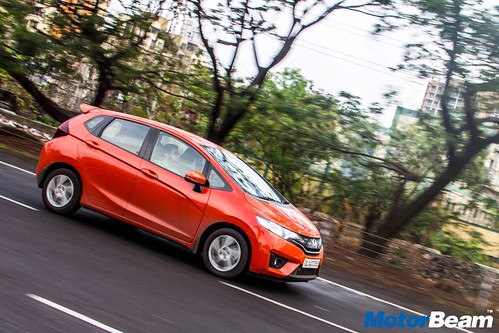 Honda has powered the Jazz with a diesel engine for the first time which is the same 1.5-litre i-DTEC unit that generates 100 PS and 200 Nm. NVH levels aren’t the best but one gets used to that with time, it’s not as bad as the original Amaze but not as spectacular as the Hyundai Elite i20, the Korean oil burner being the most refined in the premium hatchback space. Lag is almost non existent and that makes driving in the city such a breeze. Yes the powerband is short as redline comes in a shade above 4000 RPM but with six gears to play with, high speed cruising is a non issue and the car reaches 160 km/hr without a fuss, no speed limitation on this diesel Honda! 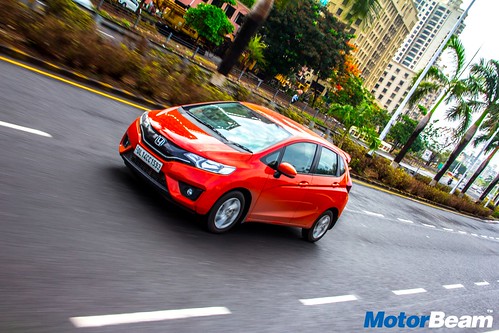 The Honda Jazz is plenty frugal, it returns close to 20 km/l

The most impressive part of the Honda Jazz is its mileage. It’s very frugal and a notch above the top seller in the segment. Yes the diesel motor drinks more enthusiastically when you drive fast but otherwise, 20 km/l plus mileage isn’t far fetched at all. Shift at around 2500 RPM and keep speeds under 100 km/hr, you will easily get 19-20 km/l, drive slower and the figure can swell up to 24 km/l, thoroughly impressive. The icing on the cake is the ride and handling balance and the steering wheel which feels so rich in feel that you fall in love with it. But the grip from the low rolling resistance tyres needs to be better, specially in the monsoons. 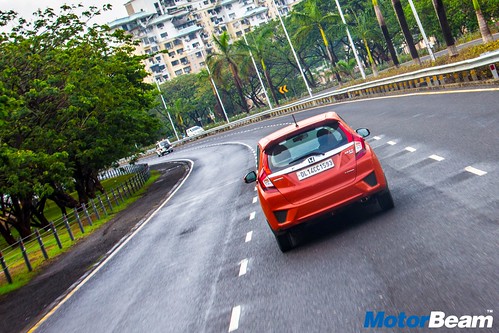 More features would make the Jazz a splendid premium hatchback

The Honda Jazz is a car which is more than the sum of its features, it’s how everything comes together brilliantly when you live with the vehicle. Practicality is very high in this premium hatch, the number of cubby holes near the handbrake can give your cupboard a run for its money while the fun handling and frugal yet peppy diesel mill keeps things slick in both the city and on the highway. The Honda Jazz might be the most expensive in its segment but has something different to offer which certainly gets amplified when you live with this vehicle. 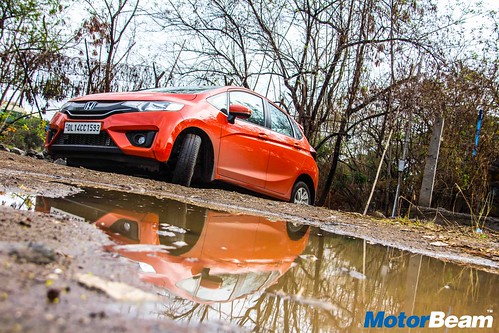 The Honda Jazz might be expensive but is supremely practical