Kawasaki’s upgrade of its quarter-litre motorcycle over the years has seen the launch of the Ninja 400, the replacement to the Ninja 300 in many markets across the globe. However, Kawasaki has chosen to offer the Ninja 400 in India alongside the Ninja 300, that too at a premium. In a segment where KTM has long dominated due to its value for money pricing and stellar performance, can the Ninja 400 justify its premium by being a more practical motorcycle?

Motor Quest: Kawasaki’s Ninja 400 is the first in its segment by the Japanese manufacturer. It was launched in India last year and made its debut worldwide too. The Ninja 400, however, is largely based on its predecessor but the design is inspired from the company’s flagship motorcycles. 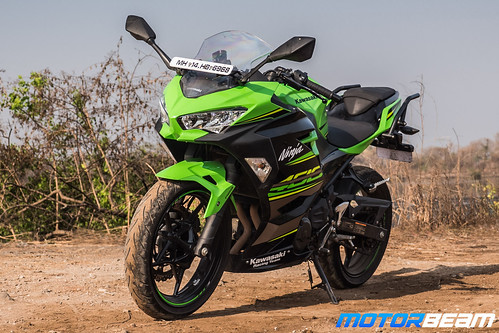 Styling – The Ninja 400 follows Kawasaki’s latest design direction which we first saw with the H2. It looks quite beefy in person and has all the right elements to suggest it’s a middle-weight motorcycle, not a 400cc machine. Colour scheme is typical Kawasaki with the black-green treatment while the saree guard is obnoxious and the pillion grab rail is bigger than you can imagine, both need to be gotten rid of ASAP. The alloys look nice, the integrated indicators at the front and the beefy tank all point to an aggressive look while the tail-light will certainly remind you of 1000cc Kawasaki bikes. 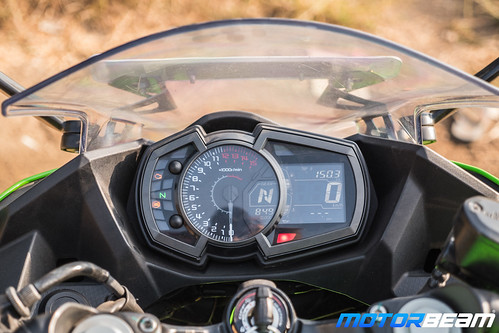 Instrument Cluster and Switchgear – The Ninja 400 employs a new analogue-digital instrument cluster which again will remind you of some H2 influence. It’s easy to read with the tachometer being analogue which takes centre stage but it’s not a colour unit and is very similar to the bigger non-R Ninjas! In this day and age of all LCD consoles, Kawasaki seems to have cut costs on the cluster, it gets the job done but doesn’t feel premium. The switchgear is of good quality and is the standard Kawasaki affair.

Kawasaki Ninja 400 Discontinued, Not Coming Back