KTM has been setting benchmarks for entry-level performance motorcycles in the Indian market since the launch of the Duke 200. They then got the Duke 390 and set another benchmark for yet another segment. But worldwide, KTM is well-known for the adventure and rally based motorcycles as they have secured quite a few championships too. However, in India, the entry-level adventure category was ruled by the Himalayan for quite some time and it is finally being challenged by the 390 Adventure. BMW had the G 310 GS but didn’t leave a big mark while we find out if the 390 Adventure has what it takes!

Motor Quest: The KTM 390 Adventure is the first single-cylinder travel-enduro motorcycle in this category by KTM. India is the first country where it is produced and we witnessed the launch too. It gets the enduro hardware from the Adventure family while the heart and soul comes from the Duke 390. 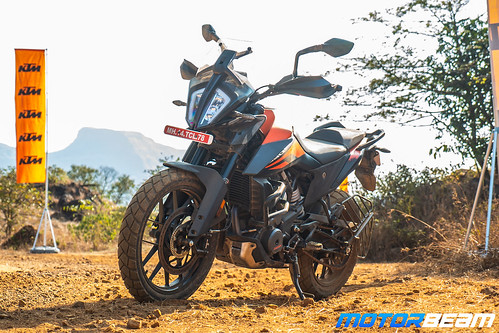 The KTM 390 Adventure is a tall boy with sharp looks

Styling – Just like the KTM family, the 390 Adventure picks up the styling from its siblings the Duke 390 and the 790 Adventure. It gets the same LED headlight as the Duke but it is mounted rather higher and on a locked position. Adding more to the adventure characteristics is the new visor and a long-travel suspension at the front with a bigger 19-inch wheel. The body panels have an edgy design in the flow from the tank to the tail. To protect the engine there is a bash-plate finished in metal as well as plastic which basically covers the exhaust pipe. The multi-angle crash protectors are new and they look really purposeful. 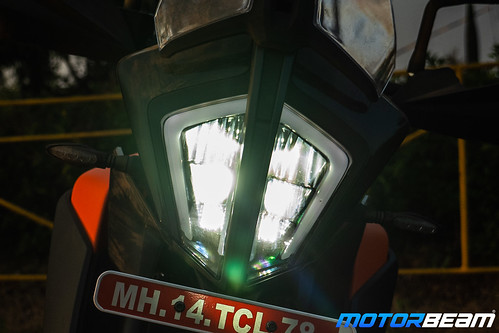 LED headlight looks good and has a bright illumination too

You can get the Adventure in 2 colour options – orange and white. While the colour and graphics are quite simple there is no extra orange on the chassis or the wheels. Everything is finished in black and it turns rather brown once you’re out on an adventure. While all the lights are LEDs, the tail light is a brand new unit and it looks quite neat. The massive grab-rail is also new and goes very well with the bike. Design and styling wise if you like KTM, you will like the way the 390 Adventure looks. But then the only thing we didn’t like is the end-can of the exhaust which looks sort of unfinished.

News highlights of the day include Hyundai, Mercedes, Toyota and Volkswagen. Hyundai Kona - Prices of the Hyundai Kona have been increased by   END_OF_DOCUMENT_TOKEN_TO_BE_REPLACED

A person in Rajasthan has modified his Premier 118NE to look like a Rolls-Royce Phantom Drophead. Catch All The Latest Videos, Subscribe To   END_OF_DOCUMENT_TOKEN_TO_BE_REPLACED

The upcoming Benelli 600RR has been spied in production-ready form. Benelli had discontinued the Tornado 1130 in 2014 and quit the sports bike   END_OF_DOCUMENT_TOKEN_TO_BE_REPLACED