Mahindra has launched the Verito facelift today. The Indian auto maker has made key changes to the car, which although are minor, are very significant. The Verito now has power window controls on the drivers door, rather than on the center console. The wipers have been rightly aligned as well. Mahindra has also given a slight cosmetic makeover to the car’s exteriors and interiors. The Verito has improved in many key areas and the slight update to the front brings it in-line with Mahindra’s family styling. 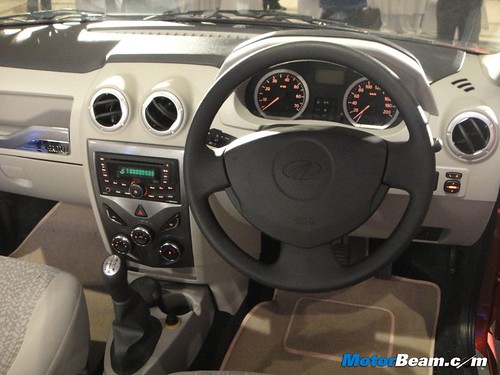 Mahindra has added more features to the Verito Refresh. The vehicle is offered in 5 variants in petrol and diesel. The petrol variants are G2 and G4, while the diesel variants are D2, D4 and D6. The Mahindra Verito Refresh range is priced between Rs. 5.77 lakhs for the base petrol G2, while the top end diesel D6 is priced at Rs. 8.12 lakhs (all prices on-road, New Delhi).. There are no changes to the engines, which continue to produces 75 BHP and 110 Nm for the petrol Verito and 65 BHP and 160 Nm for the diesel Verito.