In 2015, Mahindra FINALLY did something that a certain set of enthusiasts had been waiting for since 2010, launch the Mahindra Mojo. We tested it last year and have been using one for quite some time now and all I can say for sure that this is one of the very few bikes in our fleet that has created a lasting impression. In our 7865 kms of testing , it’s safe to say that this Mahindra certainly has a mojo of its own. 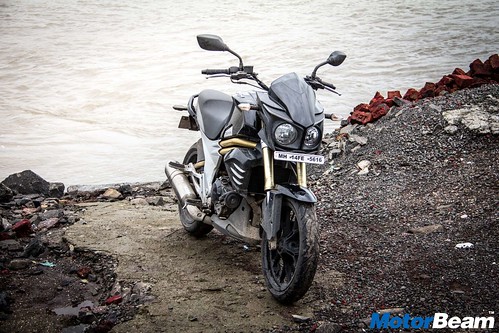 First things first, the Mojo is one weird looking bike, period. But it grows on you. You kind of start to appreciate the alien looking headlight, the massive USD forks and the petal discs, everything looks unreal. However, the rest of the motorcycle not sharing the same story does gather a mixed reaction from onlookers. Whatever! The Mahindra Mojo does succeed in gathering some eyeballs! I mean you’ve really gotta be the kind of person that is okay with so much attention. Not everyone can pull that off. 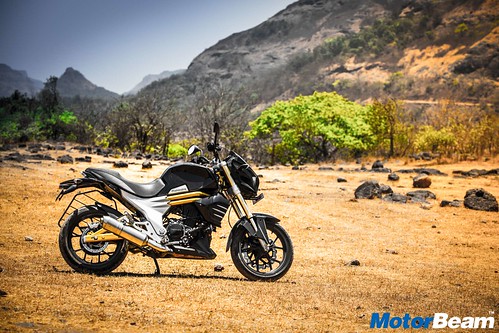 The Mojo loves being outdoors no matter what the terrain

The Mahindra Mojo does look intimidating at the first look, but with time you realise its true character. Personally, I was never a ‘touring’ guy but this one right here, opened new realms of comfort! The seat is adequately soft and the handlebar is perfect. Come to think of it, it’s very similar to the Royal Enfield Thunderbird, but only in terms of comfort. The heavy weight of the bike does get tiring after a few minutes in the city. But out on the highway, it’s like riding on rails! I don’t remember feeling fatigue for the first 300 kms of non-stop riding on the NH-4. 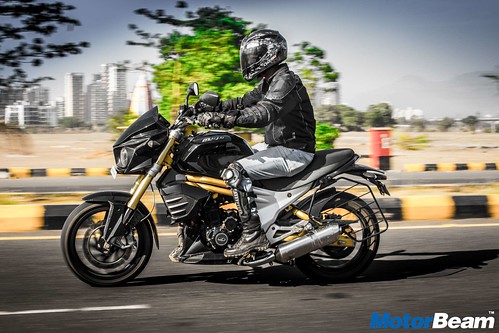 Speaking of long rides, the Mojo has an engine that is very well suited to the sports-tourer. You have that on-demand-pull to make those typical highway overtakes and with that butter smooth transmission, dropping a gear does not become boring even over time. However, the engine does knock slightly below 2500 RPM which forces you to stay in the mid-range which is, in fact, its sweet spot. The 4-valve DOHC motor does not mind revving till the rev-limiter with a good amount of power being felt from the mid to the highs. The Mahindra Mojo can cruise at up to 110 km/hr with ease still being in its powerband. 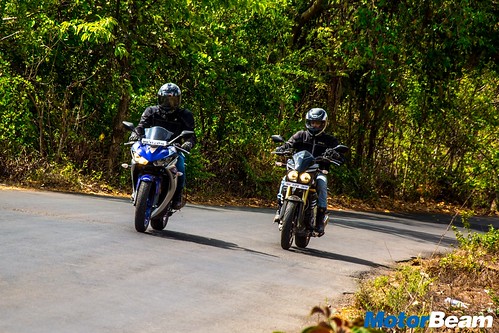 In my recent travelogue on the Mahindra Mojo with the Yamaha R3 and the Ducati Scrambler, I mentioned that the Mojo was the easiest one to ride and performed the best in all conditions. The engine felt very refined and stress-free even after riding for prolonged times. The NVH levels were well contained but the absence of a dB killer was sorely felt. The powerplant is too loud for long rides as the bassy exhaust note is one reason to cause a headache. The usual fuel consumption figures were seen to be around 25 km/l under highly mixed riding conditions. The worst mileage figure was 22 km/l which comprised of just urban riding.

Why I Love The Indian Used Car Market

Tata Motors will launch the automatic version of the Altroz before the festive season kicks in this year. Tata Motors launched the Altroz in   END_OF_DOCUMENT_TOKEN_TO_BE_REPLACED

MG Motor has introduced their first EV in India, the ZS which comes in 2 variants. The electric vehicle battle is getting strong in India. MG   END_OF_DOCUMENT_TOKEN_TO_BE_REPLACED