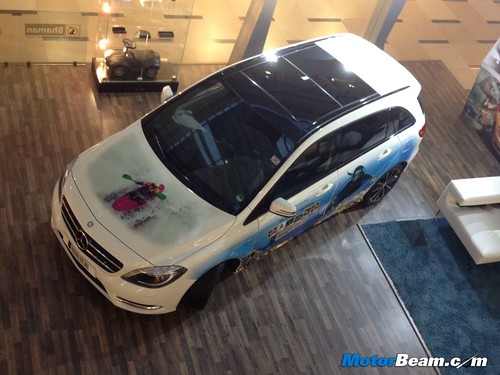 Last month Mercedes-Benz unveiled the B-Class in India, revealing details about the positioning of the vehicle. The company has already started promoting the vehicle aggressively across the country. All the left-hand drive models brought to India have been sent to key cities and are being showcased by dealers. The German automaker is also doing city wise unveils in a grand manner to catch the fancy of prospective buyers. The pictures on this page were shot at Inorbit mall in Mumbai, where the B-Class is being showcased by Shaman Motors (the same place where the E-Class was standing earlier).

Mercedes-Benz has roped in Riteish Deshmukh and Genelia D’Souza as the brand ambassadors for the B-Class. The company is positioning the B-Class as India’s first sports tourer. However the B-Class is actually a bigger hatchback or a small MPV. The launch will happen in September and test drives are expected to start soon. Currently Mercedes-Benz isn’t ready to locally assemble the B-Class in India and will take the CBU route for the initial batch of cars.

The company is also setting up an assembly line for both the A-Class and B-Class. Once that happens, a diesel variant of the B-Class will be launched. Initially the B-Class will be sold with a petrol engine and we not sure as to how the company plans to woo the diesel loving Indians. Mercedes also plans to localize the MFA platform heavily as it plans to bring in more vehicles on this platform. A rival to the BMW X1 and Audi Q3 is set to arrive in the form of the Mercedes GLA in 2014. 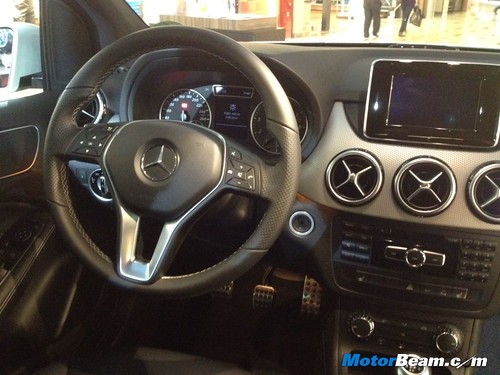 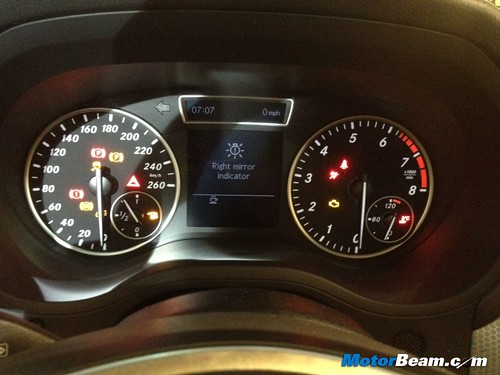 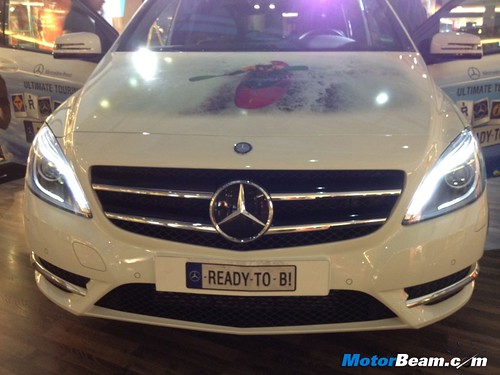 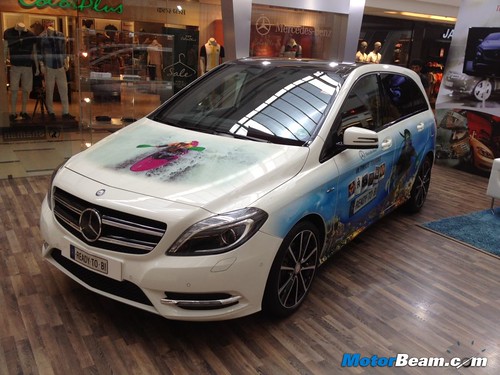 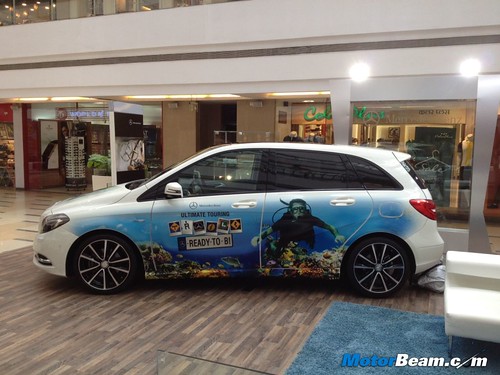 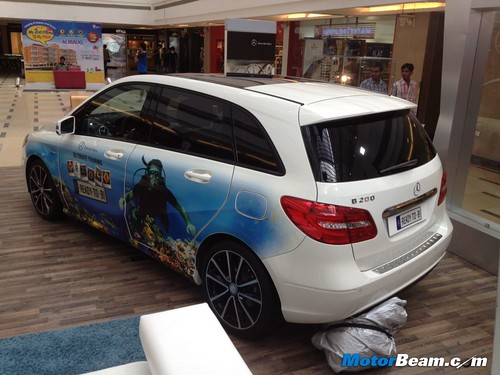 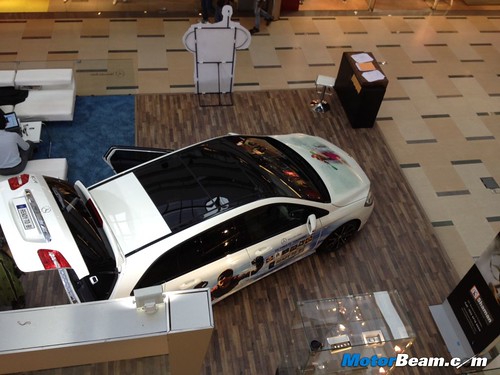 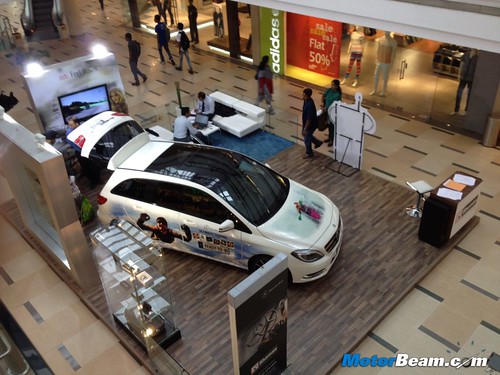 Mercedes B-Class To Be A Sports Tourer