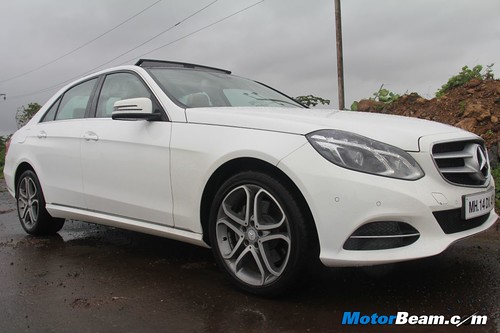 The race for the top spot in the luxury car segment continues to become intense every month. Mercedes-Benz has been the leader in India’s luxury car market for a very long time but in 2009, it lost the numero uno spot to BMW. The Bavarian automaker remained at the top for sometime but earlier this year, Audi overtook them and snatched away the number one spot. Now last month, Mercedes-Benz has overtaken Audi and moved back to the top step of the podium. The Stuttgart automaker sold 810 units in July 2013 while the brand with the four rings managed 705 units. BMW did not release sales data and has stopped doing so after it was overtaken by Mercedes earlier this year.

So how has Mercedes-Benz managed to win back market share? The brand with the three-pointed star has been on a product offensive, launching A-Class, B-Class diesel, E-Class facelift, E63 AMG facelift and updated Gl-Class, all in a matter of less than three months! New launches always boost sales or so is the case in the luxury car market. In the times when BMW enjoyed market leadership, the company was quick to launch new models every few months. BMW hasn’t launched anything in the past three months, while Audi has brought in three models (Q3 petrol, RS 5, S6).

BMW already has most of its lineup present in India so there is nothing much to bring here. Probably more variants of its existing cars will lure buyers. Although Mercedes-Benz outpaced Audi in July sales, the latter is ahead of the former in overall sales. Audi has sold 5551 cars between January and July, while Mercedes managed 4575 units. Jaguar Land Rover is far behind and is currently not in contention as the Indian owned British brand doesn’t have presence in lower segments, which account for a majority of sales in the Indian luxury car market.

This fight between the German superemos will continue for a long time now as the luxury market is not big enough. If Lexus, Infiniti and Acura plan an Indian entry, the complete race will see re-written rules. Come on Japanese, make the luxury car segment a buyer’s market, please.