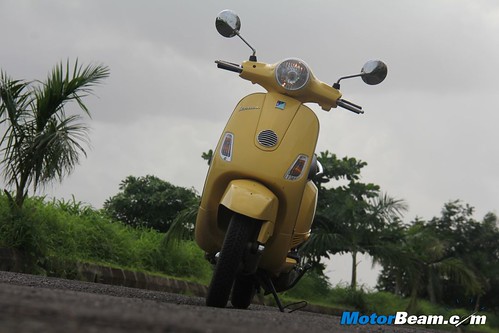 Piaggio launched the Vespa LX125 scooter almost 5 months back. The company has not aired any TV commercials yet. The product is positioned as a lifestyle scooter and the volumes are not that high (compared to other scooters available in India today). Our sources inform us that Piaggio is working on a TV commercial for the Vespa scooter, which will go on air on the 1st of September, 2012. This TV commercial is being designed and shot by Meridian Communications, which is part of the WPP group.

The Piaggio Vespa is available at an on-road price in Mumbai of Rs. 78,300/-. It is powered by a 125cc, 4-stroke, 3-valve engine, producing a power output of 10.06 PS and a torque output of 10.6 Nm. The Vespa is one of the most fuel efficient scooters in India and the most powerful too. It’s retro styling is one of the biggest selling points. The reliability of the Vespa scooter is known to be very high, with earlier examples (from the 1970s) still plying on Indian roads.

Piaggio plans to bring in more scooters to India and we were the first to report about the company’s plans to launch to the Fly 125. The Fly 125 scooter will have the same engine as the Vespa, but will not get mapping sensors which are present on the Vespa. The Fly scooter will be launched in 2013 and will help Piaggio get volumes. The scooter segment is seeing good growth and increased competition. Yamaha is the latest manufacturer to enter the scooter space, with its Ray 113cc scooter.