Cruiser bikes. What comes to your mind when you think of cruiser bikes? Lots of chrome, laid-back riding position and gruff motors. However, both the motorcycles we’re comparing today miss out on the chrome and the gruff motors aspect but have the laid-back riding position part spot-on. Assuming that you’re not an RE fanboy (because no matter what bike is being launched in the market, an RE fanboy will settle for an RE only), we tell you which among these two cruiser bikes you should be putting your money on.

Motor Quest: The Thunderbird has been on sale in India for a lot more than a decade and finally, in its X avatar, the motorcycle gets tubeless tyres and alloy wheels to make it look like a modern cruiser. The Dominar 400 started its journey as the Pulsar CS 400 Concept at the 2014 Auto Expo and is Bajaj’s take on building a modern performance motorcycle. 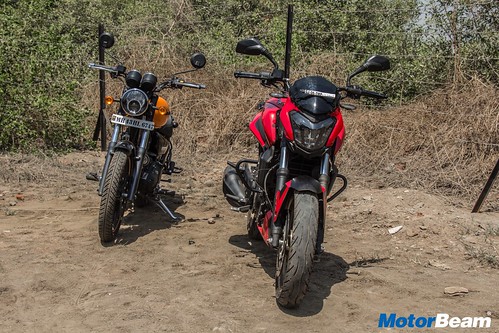 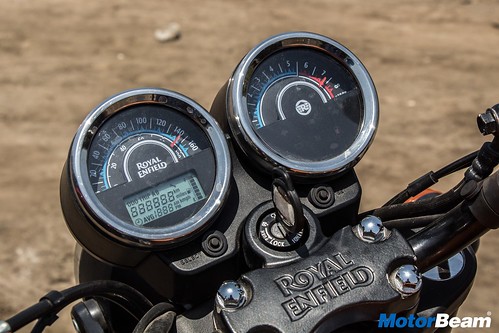 Instrument Cluster and Switchgear – Both these motorcycles have completely different approaches when it comes to the instrument console. On one hand, we have the Thunderbird with its rather simplistic analogue dials with a compact digital display. The Dominar 400, on the other hand, has an all-digital console which looks completely different from that of the Thunderbird. The Thunderbird’s two-pod console features a tachometer on the right while the left pod houses a speedometer and a digital display. The digital display features an odometer, fuel-level indicator, clock, two trip meters and average speed. 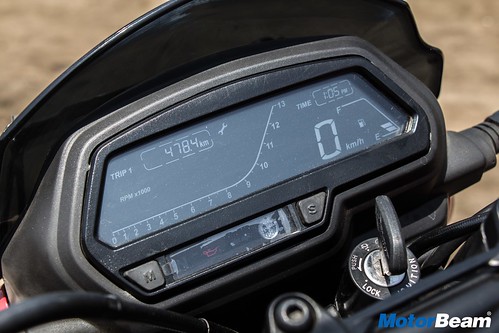 The Dominar 400’s fully digital console looks more modern and offers pretty much the same information as that of the Thunderbird 500X. The tell-tale lights in the Dominar 400 have been placed on the fuel-tank which contains a side stand indicator, ABS light and the backlit Bajaj logo. Both the Dominar and the Thunderbird offer similar switchgear controls, however, the buttons on the Dominar have a sweet backlight and feel easy to operate after the sun has set.

RE Thunderbird Modified As A Huge Cruiser!