The Duster 85 PS is more suited to city driving than the more powerful version.

There is no doubt about the positive impact the Duster has made for Renault in India. The French automaker wouldn’t be doing such good numbers had it not been for the Duster, a vehicle which immediately caught up with Indian customers, in spite of the Renault brand not being very popular here. The Duster has consistently sold more than all other Renault cars combined and that really shows how good the vehicle is. We have lived with the Renault Duster and are extremely impressed with it. The 85 PS version is the more popular model as it is priced cheaper than the 110 PS alternative. We get behind the wheel of this compact SUV to find how it performs.

The styling of the Renault Duster is the primary reason for its success in India. The vehicle looks butch and has an imposing stance even though it’s just a compact SUV. What really favours the Duster is the bold styling and those flared wheel arches which have SUV written all over them. The only disappointing part is the rather plain rear but that too grows on you with time. With so many Duster on the road, many might get a bit bored of the design of the vehicle but it still feels as striking as it did when it was launched.

The interiors of the Renault Duster feel solid although build quality is just about average. The seats are supportive and there is plenty of interior room for all passengers, including the ones at the rear. The 85 PS model doesn’t get rear AC vents which increases legroom for the fifth passenger. A touch-screen LCD infotainment system is offered as an option. This system supports navigation and Bluetooth and is good to use thanks to the easy to understand interface. The boot is large and overall the interiors of the Duster offer a lot to the passenger, only let down by the ergonomics which aren’t as convincing. 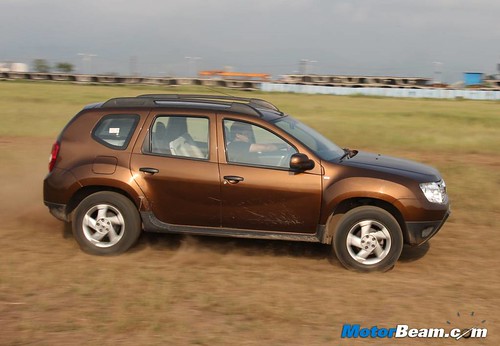 Powering the Renault Duster 85 PS is the familiar 1.5-litre K9K diesel engine which also powers the 110 PS Duster. This motor has slightly different hardware and produces lesser output. As the name suggests, power produced is 85 PS (at 3750 RPM). Torque output is 200 Nm at 1900 RPM and this motor pulls cleanly from low-end of the rev band with little turbolag. Performance is linear and the Duster 85 PS is very well suited for city driving as the clutch is light and one doesn’t have to work the gearbox too much to get moving. However the 5-speed gearbox is a bit knotchy and feels rubbery compared to the 6-speed unit in the 110 PS version. 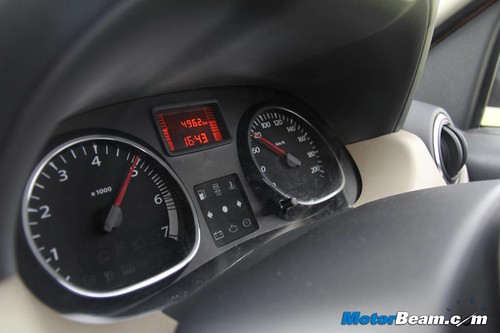 The Duster 85 PS has good low and mid-range performance but struggles at the higher end of the rev band and that makes its characteristics very different from its 110 PS sibling. Redline comes in at around 5000 RPM and the powerplant is refined with vibrations well contained. The city mileage from the Duster 85 PS is around 14 km/l, which stretches to 16 km/l on the highway.

The best thing about the Duster is the fantastic ride and handling balance. The way the Duster handles really defies its dimensions and the cornering abilities can put a smile on your face. The only let down is the steering wheel, which although rich with feedback, transmits vibrations while cornering on bad roads. Ride quality is very pliant and the suspension absorbs everything in its path without a second thought. The brakes are good too and so is the high speed stability, there is simply no body roll. 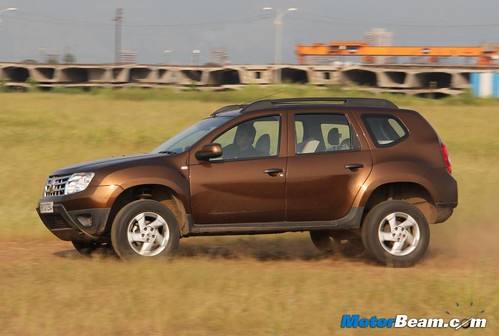 The Renault Duster 85 PS is what most people are buying because the pricing of the 110 PS model puts it out of reach of the majority. Further more, the 85 PS model offers everything the 110 PS one does while being cheaper. Yes the 110 PS Duster is still the performance king and the more fun to drive car but in the city, the 85 PS model has an upper edge thanks to the smoother power delivery and drastically lesser turbolag. With the Ford EcoSport not available off the shelf, the Renault Duster can surely make hay while the sun shies. The 85 PS Duster is an excellent proposition for those looking for a 5-seater SUV with a generous boot.

The 85 PS Renault Duster offers good city performance with decent grunt for the highways. Unlike the 110 PS version, the 85 PS model has a light clutch and considerably lower turbolag. 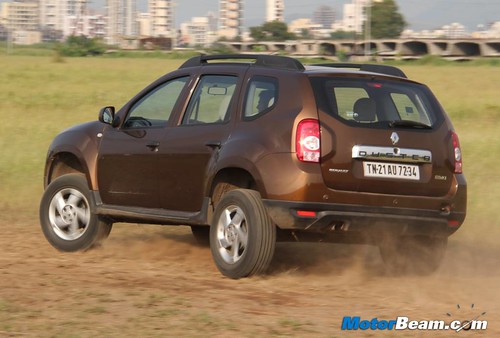 Renault Duster Petrol Automatic To Be Launched In India