The Maruti Suzuki Swift is the most successful premium hatchback in India. It has constantly outsold its competitors month after month. The Swift is so popular that it also commands a good waiting period in India. The Swift is the second highest selling car in the country but does that make it the best driver’s car? Not quite, as that honor is taken by the Fiat Grande Punto. We put the Punto 90 HP Sport head on with the Swift to find out how it stacks up. 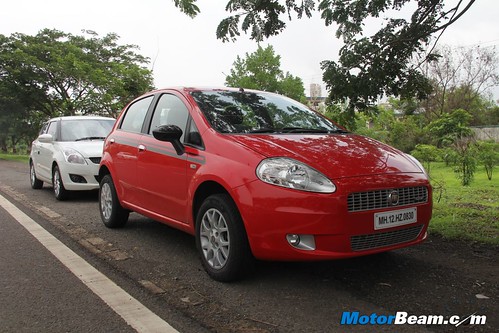 Styling – Both the Maruti Suzuki Swift and the Fiat Grande Punto look very good, but it is the Punto which is the more stunning of the two. The Fiat’s design is extremely eye catchy and the Punto looks the part. While the Swift was recently given a comprehensive update (in the form of the next generation Swift), the vehicle’s design doesn’t stand out. The Punto sold in India has the same design as the Punto which was launched globally in 2005. It still manages to look attractive and draw attention. The Punto Sport’s extra detailing only adds to its stunning design. 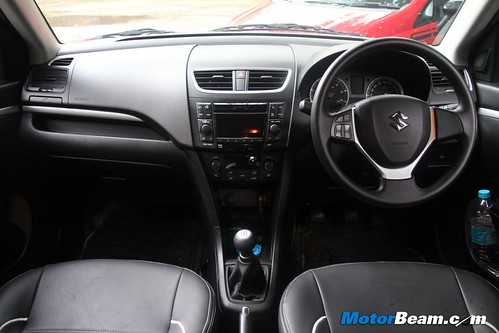 Interiors – Step inside these cars and you will be greeted by very different interiors. The Swift’s interiors boast of slightly better quality and the dashboard is well laid out. In the Punto, the dashboard design is again very good and choosing between both these cars’ interiors is difficult. At the end it all boils down to personal preference. The Punto does boast of more features including Blue & Me, follow me home head lamps, intelligent wipers, folding key and a high tech multi-information display. The Fiat feels more solid too. The Swift’s boot is not as spacious as the Punto and the high loading bay hampers ease of luggage retrieval. 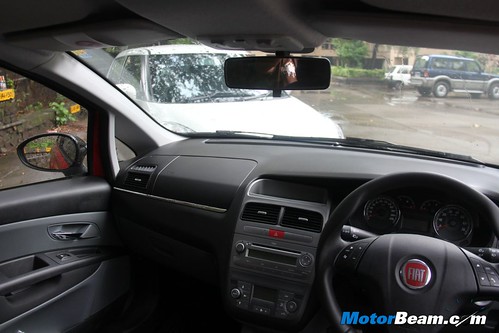 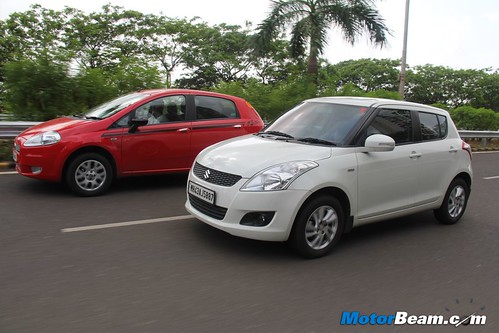 The Punto has far better dynamics than the Swift, period.

Ride, Handling and Braking – The handling of the Fiat Grande Punto is very sharp and never does the vehicle twitch or feel nervy. The Swift is not able to hold its own against the Punto and the fantastic steering of the Punto just puts the Swift’s steering to shame. The Punto also runs on wider 195 section rubber, against the 185 section on the Swift. The ride of the Punto felt a bit jerky on very bad roads but there was no thud inside the cabin. The Swift boasts of improved ride quality which is way better than its predecessor. High speed stability in the Punto is easily the best in the segment. So are the brakes, which are again better than the Swift. The Swift has a better gearbox though, which is very smooth, unlike the Punto’s which gets a bit clunky at times. 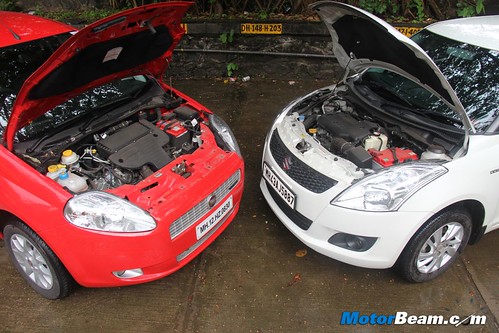 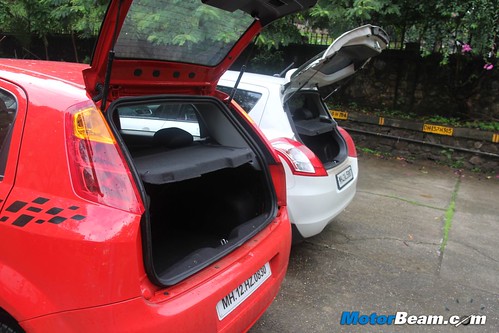 Swift vs Punto Pricing – Fiat has priced the Punto 90 HP at Rs. 8.74 lakhs while Maruti Suzuki has priced the Swift ZDi at Rs. 8.12 lakhs. The regular Punto Emotion 1.3 is priced at Rs. 7.93 lakhs (all prices on-road, Mumbai). The Punto does offer you more so the prices of the Fiat seem to be justified. More so you can drive out with a new Punto in no time, while you will have to wait close to six months to drive out in a diesel Swift. 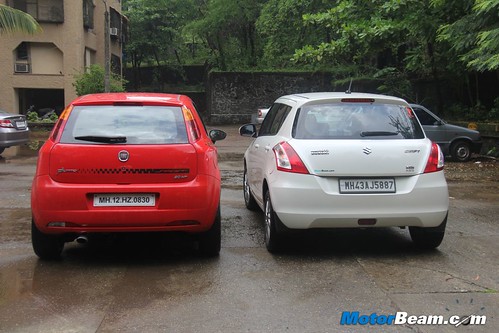 Conclusion – Both these cars are closely matched. In terms of performance, both cars are very similar, but the Punto blows away the Swift in terms of driving dynamics. The Swift gets back with a 1 km/l better mileage, better service and cheaper cost. However the desirability of the Fiat is much higher and the Punto has a soul, something which the Swift lacks. With Fiat already working on their own dealership network, the Punto is a difficult car to ignore. Clearly the Punto is a better car and the one which will put a smile on the face of the driver, each and every time.