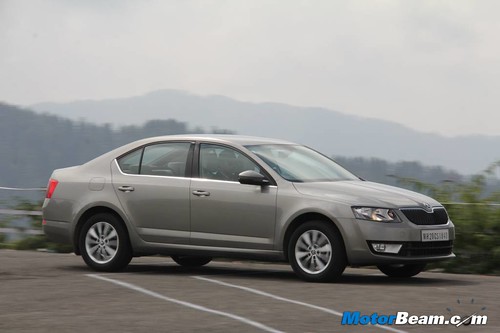 One month back, we confirmed the date of launch of the Skoda Octavia and now the automaker has officially announced the same. Skoda will launch the Octavia in India on the 3rd of October 2013. The third generation Skoda Octavia was unveiled on 8th August in India and will replace the second gen model, which is badged as the Laura. The German owned brand plans to bring in the European Rapid to fill the void between the Indian Rapid and upcoming Octavia. The all new Octavia is underpinned by VW’s promising new MQB platform.

We have already driven the new Skoda Octavia and are quite pleased with the vehicle. All the details about the Octavia can be found in the above review. The only thing which remains a mystery is the pricing. Although Skoda has been talking about aggressive pricing, the new Octavia is going to cost more than its sibling, the Volkswagen Jetta. With Volkswagen being perceived as a larger and bigger brand, it remains to be seen if the Octavia can outsell the Jetta in the Indian market. Both cars share engines among them engine but the Jetta is not offered with a 1.8-litre TSI powerplant.

The Skoda Octavia will be priced between Rs. 14-18 lakhs in our country. Bookings were opened last month and one can reserve their Octavia at their nearest Skoda dealership for a sum of Rs. 1 lakh. The Octavia is offered with two petrol engines (1.4 and 1.8 TSI) and one diesel engine (2.0 TDI). The 1.8 TSI only comes with a 7-speed automatic gearbox while the 2.0-litre TDI motor is offered with 6-speed manual and automatic transmissions. The 1.4 TSI is solely mated to a 6-speed gearbox. A vRS model will join the ranks next year. 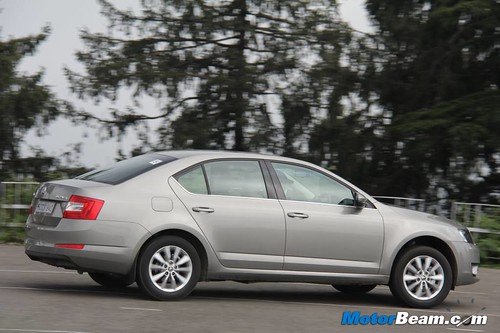 Skoda Octavia Given The Black Flag