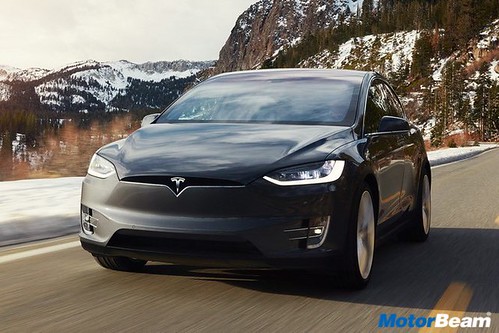 Acceleration in the electric SUV is insane, it pulls, pulls and just pulls

Performance – Earlier, the Tesla Model X was available in more than three variants but currently, the number of variants are limited to just three – 75D, 100D and the P100D. The 75D trim comes powered by a 75 kWh battery while the 100D and the P100D get a 100 kWh battery pack. We drove both the 100D and the P100D and the difference between the two is that the latter gets boosted performance and a Ludicrous mode. Talking of which, the 75D and the 100D produce 259 HP and 329 Nm of torque while the P100D makes 611 HP of power and 960 Nm of torque. All the three variants use a 350 V lithium-ion battery. Remember this is an EV and EVs are known for the instant torque available throughout the rev range. Apart from the Ludicrous mode, the Model X also comes with Comfort and Sport modes. In the Comfort mode, the power delivery is gentle, linear and calm whereas shift to the Sport mode and the vehicle literally takes off leaving you pinned back to the seat. In the Ludicrous mode, the car really goes mad and accelerates with a lot of ferocity and you can also take it one step up with the Ludicrous+ to do a massive mad launch. 0-100 km/hr comes up in just 2.9 seconds (in the P100D) putting some of the best sports cars to shame. The 75D and the 100D take a slightly longer time of 4.9 seconds and 4.7 seconds respectively to hit the ton. 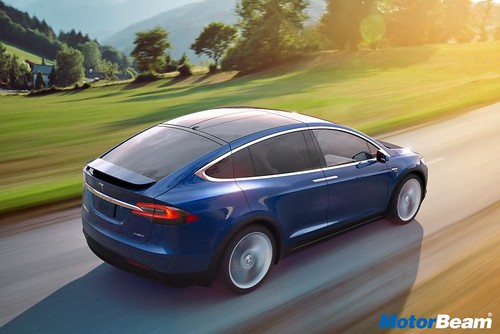 The Model X has a drag co-efficient of just 0.24

The different modes not only alter the performance but also the range of the SUV. The company claims 237 miles (381 kms) range in the 75D grade, 295 miles (475 kms) in the 100D and 289 miles (465 kms) range in the P100D (all figures are EPA). The Tesla Model X is the fastest SUV in the world right now because of the massive acceleration and performance. There is no transmission as such though Tesla calls it a single-speed gearbox and this is a good thing. The insane acceleration of the car keeps pulling and pulling hard. Since this is an EV most of you might be wondering what is the charge time. Well, charging the vehicle at the supercharging station takes under one hour from zero to full. However, at home, the charge time is around eight hours. Charging at the supercharging stations is free for a lifetime for Tesla Model S and X owners (Model 3 owners will have to pay for the charging). Talking about the NVH levels, the motor is extremely silent and absolutely nothing can be heard from inside the cabin except for some wind and tyre noise. 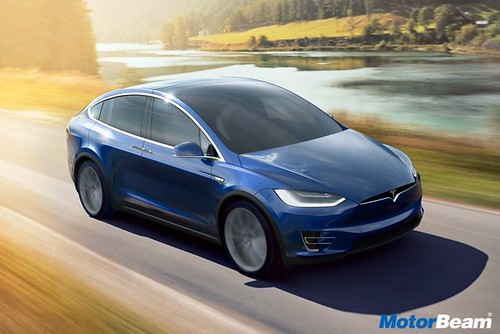 The suspension is slightly on the stiffer side

Driving Dynamics – Since this is an electric motor, it comes with regenerative braking which can be switched off as well. But the thing here is when you lift your foot off the gas pedal, the car automatically stops or it starts decelerating. It decelerates so fast that you need not use the brakes unless and until you want the car to completely halt. Though the suspension is on the stiffer side, ride quality is good for most parts and this is mainly due to the super good quality of roads here in the US. There is some amount of body roll because the car is heavy but again, Tesla has done a good job of placing the batteries in the centre which reduces the centre of gravity. The steering offers rich feel and feedback and the braking performance is just commendable.

Ashok Leyland Wants To Get Tesla To India